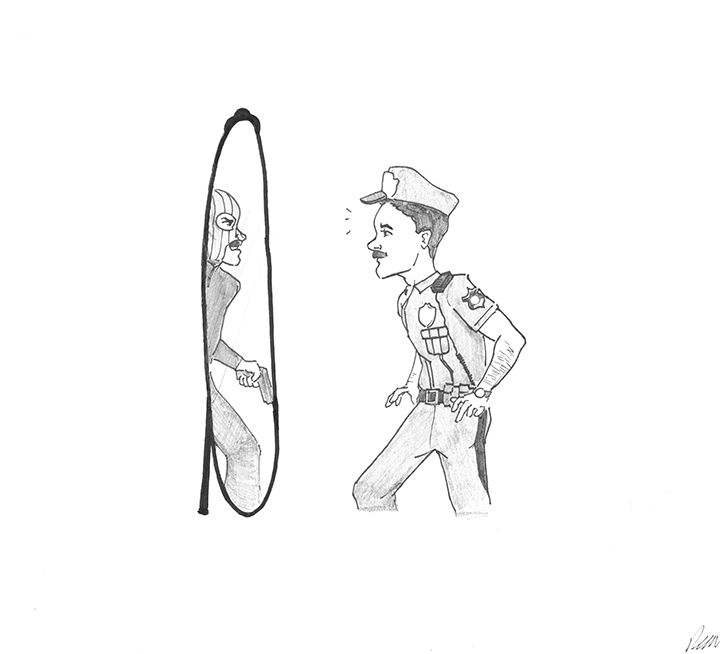 Trayvon Martin, George Zimmerman, Eric Garner, Daniel Pantaleo, Michael Brown and Darren Wilson have all made headlines, bringing up controversy in a drama worthy of the 21st century. The rest of the United States has watched this unfold on a grand stage by cheering on, criticizing the players or simply ignoring the importance of this issue.

Pepperdine law students, led by law student Brittany Hughes, hosted a Die-In at the School of Law on Thursday, Jan. 14. The Die-In was a peaceful protest that consisted of students lying down in the School of Law atrium for an hour with efforts to raise awareness of the recent tragedies of the Michael Brown and Eric Garner cases, and hoping to start a conversation about the injustices faced by minorities allegedly due to racial profiling.

In support of the topic, various student and faculty speakers brought in their own perspectives and stories on the issue. One speaker, public policy student Jules Bagneris, offered an idea the media usually does not cover: a more humanistic approach. He spoke of the importance of “trying to convey the injustice” that is felt, but reminded us all that “we are all trying to make it home” — that antagonizing all police officers is just as bad as antagonizing minorities.

Maybe we have been approaching this situation all wrong.

The media as a whole — whether intentionally or not — tends to paint conflicts black and white, setting a clear hero and villain and coloring the event with exciting drama. Police brutality is no exception. Some news outlets have painted the policemen as the villains, dehumanizing them into aggressive and corrupt powermongers. Others have painted the victims, specifically minorities as the villains, dehumanizing them into aggressive threats to justice and safety.

But both of these are oversimplifications. They fail to account for the complex nature of humans. And, with lack of awareness and empathy, we each fall prisoner to our own bias. That leads us, the media consumers, to align ourselves with the ideology that seems to fit our own moral codes best. We end up indulging in extreme opinions and dramatic portrayals. We forget that this is real life and these are real stories about real people. Most importantly, we forget that the world is not just black and white.

The media’s portrayal of the events is not encouraging any kind of peaceful communication between the two sides. Rather, it is used by both sides to entice people to follow their respective extremes.

It is dangerously easy to pick a side and stick by it, because it could lead to extreme closed-mindedness and potentially propagate ignorance and irrational hatred for dissenting opinions. In turn, this prevents personal growth. Opposing opinions allow one to re-evaluate his or her preconceptions, fostering understanding and growth. One does not have to agree with everything the opposing party has to say, but he or she should still be willing to listen. By taking a closed-minded stance on a certain issue, one can become less receptive to what the other side has to say, regardless of how educated the dissenting individual may be.

When people read media posts regarding these kinds of current events, they do so expecting their side to be validated. Both sides search for evidence that confirms their opinions and discredits opposing opinions as the story unfolds. Each piece of evidence only serves as ammunition to be used against the other. The media seems to portray the incident like there is one definitive culprit. Either the police officer is guilty of being an authority-abusing racist, or the man killed was a threatening criminal.

When people pick sides on issues such as this, they fail to realize that there is no easy answer as to who is really responsible. While it can be difficult to see from a third-party perspective, the reality is that both sides thought they were acting on what they believed to be their best interests. Both could even bear some responsibility for what transpired.

However, we should not be focusing on how guilty each side is. We should instead focus on understanding the greater issues, such as the disparity of wealth and its link to crime, the vicious cycle of minority crime and racial profiling, and the general fear of those who are different that led to the confrontation in the first place.

What happened to individuals like Martin, Garner and Brown was horrible. However, neither police officer nor victim should be considered some kind of symbol for a battle between good and evil, because there was never one to begin with. Declaring war on imaginary villains is only perpetuating more violence and hatred. The violence can end, but first we must be willing to talk and understand each other as people just trying to make this world our home.