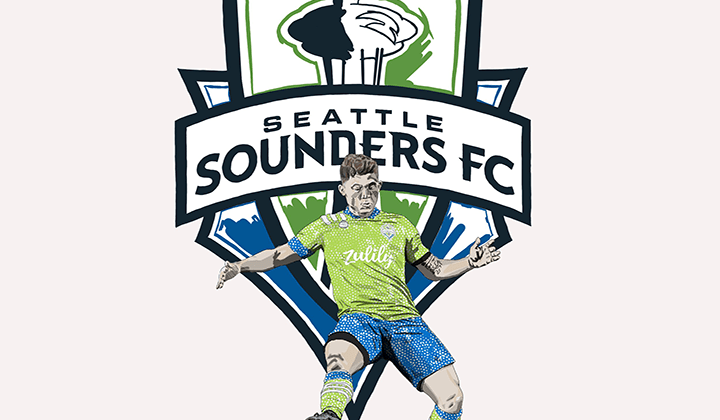 At eight years old, I packed into my family’s station wagon and we drove to Qwest Field, now Lumen Field, in downtown Seattle. On that day, I watched Seattle Sounders FC trounce the New York Red Bulls 3-0 in their first Major League Soccer match in franchise history. I’ve been in love ever since.

Seattle Sounders FC has a storied history relative to other football clubs in the United States. They originated in the National American Soccer League back in 1974, and have been a staple of the Seattle community ever since. In 2009, they joined MLS as the league’s fifteenth team.

This is a team that knows what it means to be from Seattle, and wears that as a badge of honor. The Sounders roster has featured hometown heroes since its inception, from Kasey Keller to DeAndre Yedlin to Jordan Morris. They’ve prioritized youth development and given back to the community, both on and off the field.

The Sounders, to put it mildly, have redefined what it means to be a successful football club in the United States. Since joining the league, they’ve made the playoffs for 13 consecutive seasons and won 7 major trophies. They have the best record of any club in the MLS since 2009, and have set a blueprint for future expansion clubs to follow.

As always with championship caliber teams, they fight until the very last minute. In 2017, for example, they set the record for the largest comeback in MLS history, reversing a three-goal deficit to beat DC United 4-3. Or look back to the 2020 Western Conference Final, where they scored three goals in the final 15 minutes to reach their fourth MLS Cup Final in five years.

So much of love, and so much of life, in fact, is just about showing up for the things and people you care about.

I was lucky enough to show up for the Sounders when they came down to see me in LA in 2019. They were playing in the Western Conference Final against LAFC, who many pundits thought were the greatest team ever assembled in MLS. The Sounders beat them 3-1 in their home stadium.

In truth, love isn’t beholden to an explanation. But back in 2019, Head Coach Brian Schmetzer summed it up nicely in five simple words. With the team reeling from a poor run of form, Schmetzer stepped into the post-game press conference with what seemed to be incongruous confidence.

“We’re the Seattle freakin’ Sounders,” Schmetzer said. “And we’re going to continue to play the way we always do. We don’t quit. We don’t give up … We are going to fight every game.”

A few months later, the Sounders won the MLS Cup.

Every year, the names on the jerseys change. But many things about the Sounders will forever remain the same. They are unabashedly Seattle born and raised. They are an emblem of my youth and of the sport I was raised to love. They are a team of fighters and champions, and they sport an infectious never-say-die mentality.

They are the Seattle freakin’ Sounders. I mean, what’s not to love?