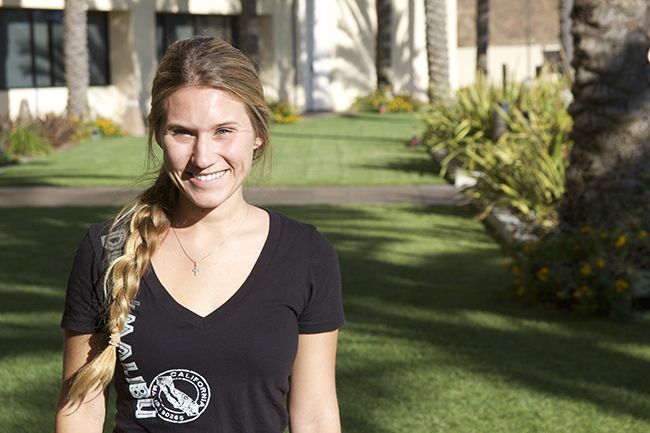 While it’s a student athlete’s job to entertain fans, it’s the executives’ job to not only handle the technicalities, but to do so in a professional and ethical way.

Noticing this responsibility, professor and former Pepperdine Director of Athletics John Watson helped develop the course catalog and internship programs for the Sports Administration Major. Active as of this semester, Sports Administration is the newest major in the Communication Division.

The major requires students to complete two internships: one with the Pepperdine Athletic Department and the other with a company within their specific chosen field.

This semester, 20 students within the major, including Graphic Executive Editor Alysha Tsuji, are interning with various divisions of the Athletic Department.

According to Watson, the internship with the Athletic Department is an introductory level internship, which gives students a more hands-on experience within their choice of a variety of divisions, including business, statistics, event planning and training. The internships include some shadowing and some individual responsibility.

“Part of the purpose of the internship is to get a different perspective and see things with a new set of eyes,” Watson said. “By taking theory and seeing how it applies, students can see what does work and challenge things that don’t.”

Sophomore baseball infielder Michael Perri said he is working with Facilities and Game Operations. “Pretty much what we do is all the behind the scenes stuff for setting up for a sporting event,” Perri said.

During a water polo game, for example, Perri said they set up the lanes to make sure they were the correct size to meet the rules of the game, set up the booths and make sure the opposing team had a place to get ready.

Sophomore baseball infielder Mitchell Gallagher said he does marketing and events. He said he, along with sophomore baseball outfielder Ricky Davis, scan people into events and work to promote each sport.

“One thing I’ve learned is as a student athlete, you don’t really see how much goes into putting on an event for a sport,” Perri said. “You don’t realize how much people have to do to get ready for a game. We pretty much just show up and everything is made up for us, but there’s a lot of work that goes into it that’s kind of unappreciated at times. But once you start working it, you see all the hard work that goes into it.”

Gallagher and Davis said the appreciation they have developed was also one of the most important things they have learned through their internships.

“We worked one of the water polo games, and we were there two, three hours before the water polo team was even in the water,” Gallagher said. He added that it shows how much preparation goes into each game.

“Along with seeing it, it’s been cool being a part of it and to know what exactly we should be thanking everyone for,” Davis said. “Working it, we know how much they care about us as athletes to be safe and be ready for the game — it’s awesome.”

The second internship is with a company outside Pepperdine and functions as a capstone course for the major. Watson said this internship is meant to further students’ knowledge of the industry, while initiating networking opportunities to help students create relationships with professionals from their chosen field.

Track runner Brynn Henderson, a junior, is currently interning with FOX Sports as a production assistant. She works specifically with FOX Sports Live, and her responsibilities include logging games and cutting highlights.

“I get to give a lot of my input as far as what parts of my games are highlighted and what angles are presented on the show,” Henderson said. “I feel like I am definitely making contributions while gaining a great deal of invaluable experience.”

Henderson said she believes her coursework within the Sports Administration Major and internship experience has given her an edge in the industry, which she said has been confirmed by her FOX Sports supervisors.

According to Watson, the major also consists of various business and communication courses geared towards ethics and leadership skills, such as Business Ethics and Communication and Conflict, as well as four new specific sports-related courses designed to highlight sports from a marketing and cultural perspective. Together, the Sports Administration coursework is aimed at developing students into well-rounded and moral leaders within the sports industry.

“As students get into managerial roles within the sports industry, it’s important that they take the principles of respect and dignity as their underlying principles,” Watson said.

Watson also emphasized the importance of further education and said the program is designed to encourage participants to go into graduate school. “For a senior-level position in the sports industry, a graduate degree is imperative,” he said.

Of the 31 students who have already declared a major in Sports Administration, the genders are split pretty evenly and athletes comprise around 60 percent, according to Watson. He said he anticipates that the major will grow as more students hear about the program. 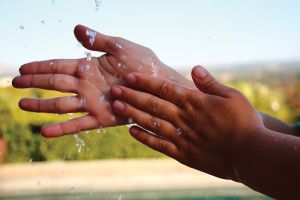 Photo by Allison Hubbard Four cases of the respiratory illness Enterovirus EV-D68 have been confirmed in Southern California...
Copyright 2013 Jupiter Premium Magazine Theme
Back to top