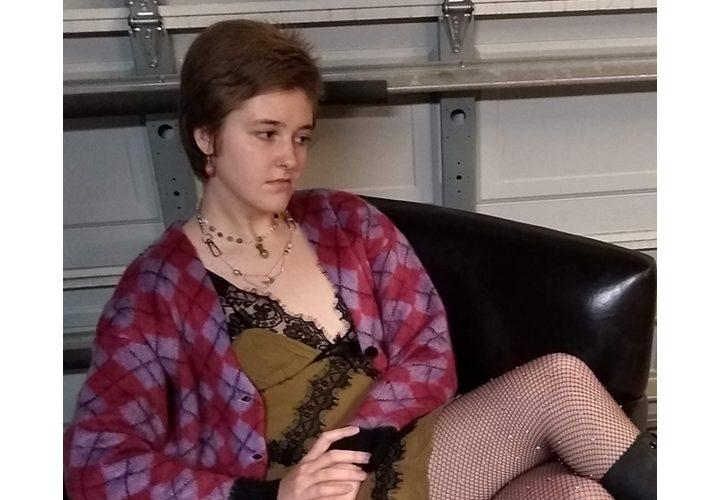 Sophomore Autumn Hardwick models her jewelry in her garage in February. Hardwick said she makes all of her jewelry by hand at home in Fort Mill, S.C.

Sophomore Art History major Autumn Hardwick started her company, Bird Bug, Feb. 20 with the hope of turning a childhood hobby for making jewelry into a business while raising money for the Greater Charlotte Area Mutual Aid.

Bird Bug is an online shop offering necklaces, earrings, pins and stickers, which Hardwick makes by hand in the kitchen of her Fort Mill, S.C. home. Hardwick is a staff artist for Pepperdine Graphic Media.

“For the jewelry that I make, I just want it to be fun and expressive,” Hardwick said. “I don’t think that everything I make just fits a certain style; I’m just making what I like.”

Many of Hardwick’s jewelry designs feature mushroom, strawberry and ladybug charms, which Hardwick said she makes at home using clay. 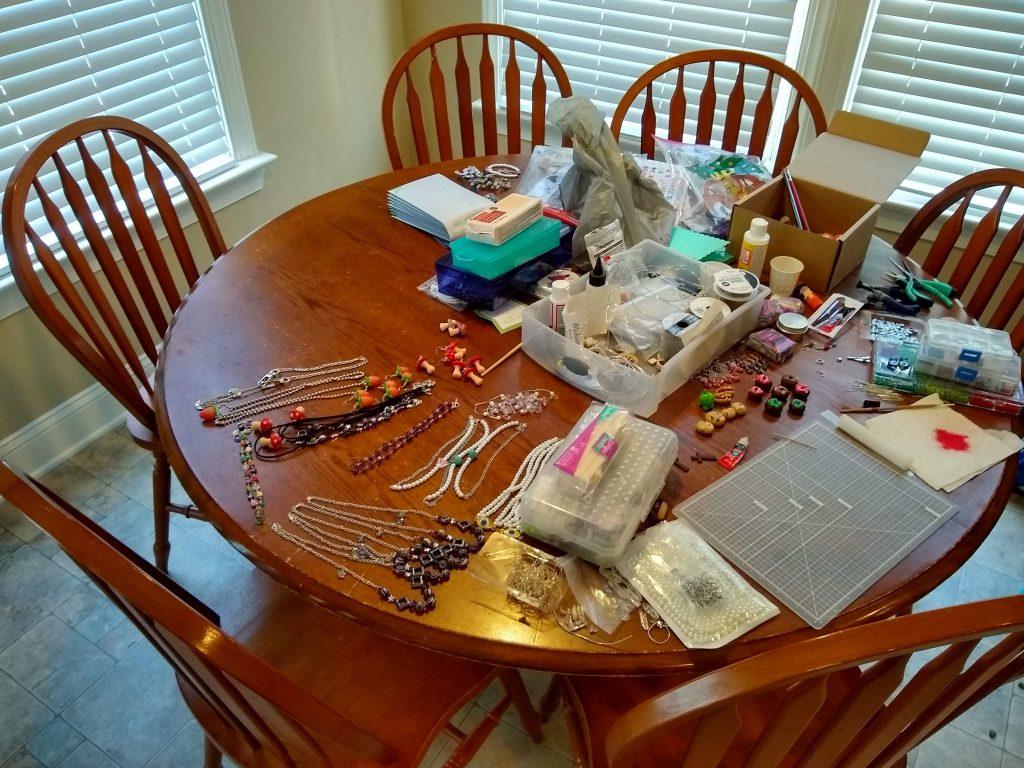 Hardwick's jewelry-making supplies take up most of the space on her kitchen table in her home. Hardwick said she makes and packages all of her jewelry orders here.

“I make stuff out of clay, and I started doing that when I was 10,” Hardwick said. “The first thing I made out of clay was cupcakes, and I would make little necklaces with those. That was something I took on as a hobby that I really enjoyed a lot.”

Hardwick said living at home with her parents gave her the opportunity to turn her hobby into a business. When looking to start her company, she took inspiration from Chunks, an online sustainable hair accessory shop.

“It’s a small business run by a woman in Seattle,” Hardwick said. “I thought the stuff she was making was so cute and fun. [Owner Tiffany Ju] talks about how she got started running her business and what her process is for how she designs hair accessories, and that’s what really sparked my interest in wanting to run my own business.”

Another reason Hardwick said she wanted to start Bird Bug to benefit those who have been negatively affected by COVID-19. 20% of the proceeds from Bird Bug’s sales go to the Greater Charlotte Area Mutual Aid.

Hardwick said she was unsure at first what to name her jewelry brand. Initially, Hardwick considered naming the brand “Amber,” but ultimately decided on “Bird Bug” after playing around with design tools in Adobe Procreate.

“I was trying to design a logo, and I thought of doing a ladybug,” Hardwick said. “And then, when I was drawing it, I was like, ‘It would look really cute if it had bird wings.’ So, somehow I got from ‘Amber’ to ‘Bird Bug.’”

Hardwick describes Bird Bug jewelry as “expressive, spunky and spontaneous.” While her brand is mainly marketed toward a younger audience, she said she receives orders from older family members and college students alike. 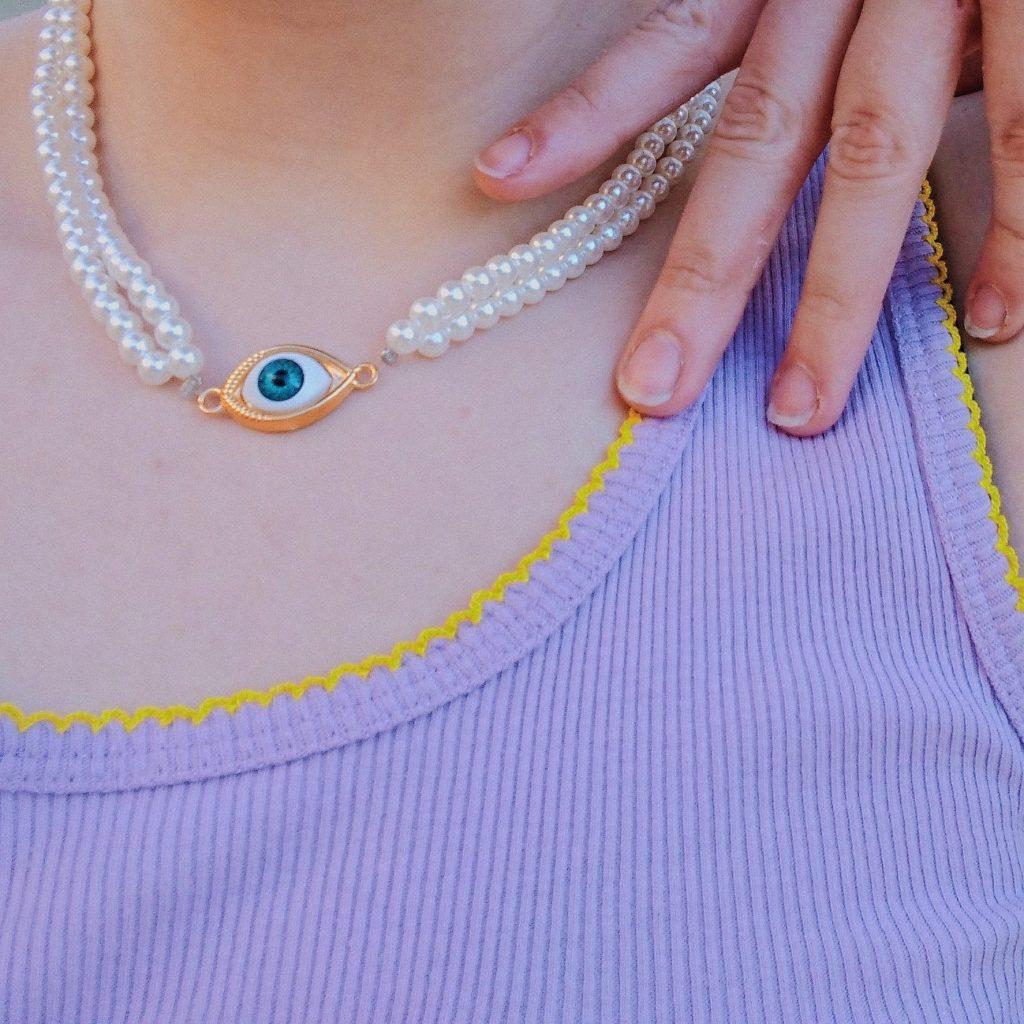 Hardwick models a Bird Bug necklace in February in Fort Mill, S.C. Hardwick said in addition to making her own charms with clay, she uses supplies from Michael's and Walmart, where she can buy quality materials in bulk.

“I was really thinking about what people who are around my age would like, but it’s cool to see that there are people of all ages who have been wearing what I’ve made,” Hardwick said.

Hardwick said she mainly uses social media platforms to spread the word about Bird Bug, and she hopes to gain a bigger following to expand her brand.

“I do all my marketing through social media; I have an Instagram and a Tik Tok,” Hardwick said. “Most of the people who have ordered are people that I know, which I really appreciate, and when my family and friends order from me it’s really great, it’s just hard to get your name out there to people who don’t know you as well. That’s the hard part of trying to market my company.”

While social media marketing can be challenging, Hardwick said she enjoys the task of running her own business.

“Something that surprised me was that it was kind of easier than I thought it was gonna be,” Hardwick said. “I thought the idea of having to do everything by myself, was going to be overwhelming, but I think that I just underestimated myself.”

After college, Hardwick said she wants to keep using Bird Bug as a means to express herself while also raising money for causes she cares about.

“I want to keep doing it for as long as I can,” Hardwick said. “It’s been a good creative outlet for me, not just with the jewelry I make, but also with how I try to market it.”

Film Review: 'Tom & Jerry' Fails to Capture What Made A Classic Cartoon Great 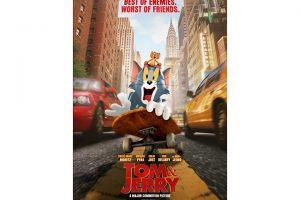 Film Review: 'Tom & Jerry' Fails to Capture What Made A Classic Cartoon Great

The official poster for "Tom & Jerry" (2021) shows the titular characters riding on a skateboard through the streets...
Copyright 2013 Jupiter Premium Magazine Theme
Back to top