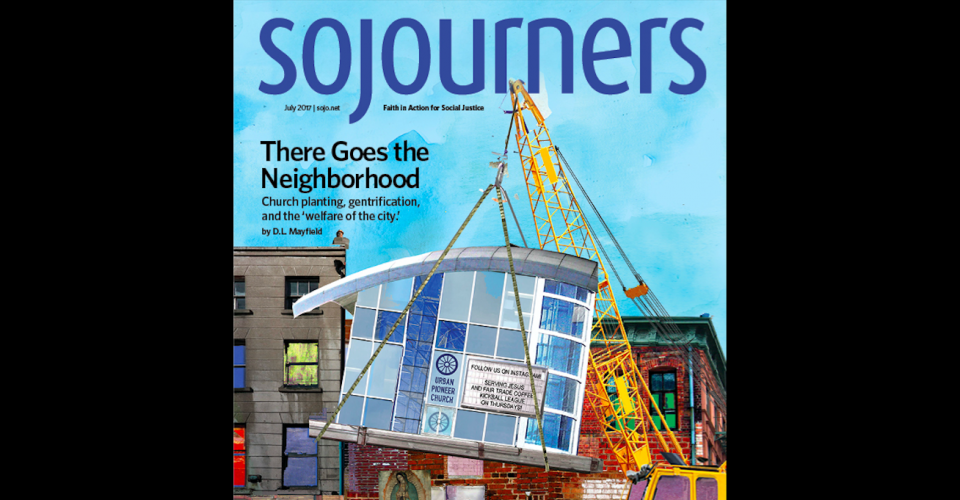 They tell people’s stories. They share the struggles of immigration, racial justice, peace and nonviolence, climate change, poverty and women and girls. They walk out their faith. They act to influence the governing body of the country in the heart of Washington D.C.

Sojourners provides a place where people can find thoughtful and biblically-based social justice resources with a Christian perspective.

Sojourners started as an intentional community in Chicago with a group of young Christians committed to social change in the early 1970s. The group started publishing a magazine first called the “Post American” and then called “Sojourners.”

“If you believe that Christ’s message of good news to the poor is not yet fulfilled, then you need to do something about it,” said Michael Mershon, director of advocacy and communications.

Pepperdine students have pursued their passions at Sojourners. Senior Daniel Kibuuka interned through Pepperdine’s D.C. summer program, working on the research and marketing side. Kibuuka said he chose Sojourners because they put their faith into action.

“They love people and they act,” Kibuuka said.

“I like how they treat them and make sure there’s justice for them and this community is a safe community for them,” Kibuuka said. “By loving them is when you stand a chance of making them believe in your faith.”

Sojourners has built on this love in featuring people in need. Their mission has not only resonated with Pepperdine students, but also with readers across the nation.

“Over the last 40 years, we’ve developed our brand so people are feeling like they can turn to us in time of crisis and not only receive the content that we’re getting but also feel connected to the other people in the country,” Mershon said.

The organization was founded in the immediate aftermath of the Civil Rights Movement and Vietnam War to get more into the realm of advocacy, fighting, writing, traveling and speaking for change, according to Mershon.

“The organization has evolved from an intentional Christian community into a large Christian social justice organization that publishes the magazine, has a website, does advocacy campaigns, lobbies on Capitol Hill and serves in coalitions,” Mershon said.

“If a group of Pepperdine students comes to Washington and wants to lobby for the day, they can use our office as the home base,” Mershon said.

Mershon spent 22 years at Capitol Hill and continues to work on the issues of poverty, immigration, racial justice and the environment at Sojourners.

“To do so within a supportive faith community, it provides a lot more sustenance to me than working at Capitol Hill,” Mershon said.

Mershon said they think and work hard on the kind of culture they create in the organization, being as collaborative and supportive as possible.

“The work is often times draining and frustrating and challenging. Change doesn’t come as quickly as we would like,” Mershon said. “We recognize the importance of providing a supportive environment for the people doing the work.”

Pepperdine alumnus Avery Davis participated in the year-long internship from August 2017 to August 2018 where he lived with and shared monthly expenses with eight other interns. Davis said the interns shared spiritual life and meals together and attended a weekly seminar that addressed a different topic pertaining to social justice, Christianity or both. The interns were also paired with a mentor on staff.

“Community is the most amazing aspect of that program,” Davis said. “I was super excited to be around people who think about systems of poverty and injustice and policy in similar ways that I do.”

Sojourners took the community they created in their organization and expanded it to their public audience. Mershon said they hear from Christians around the country who care about social justice but always felt like he or she was alone. Sojourners shares stories that make people realize they are not alone, as other Christians have similar feelings toward issues, Mershon said.

“Technology allows us to do that more and more,” Mershon said. “A lot of people out there feel very alone in their pews even if they’re surrounded by people, so we try to be a comfort and resource to them.”

As churches change and evolve, Mershon said he hopes that people still find resonance in their message, and they bring that message with them into their churches and into the voting booths.

Mershon said they try to show people there are other ways to bring their faith into the arena that isn’t as off putting as the religious right can be. As an organization, Sojourners sees Christianity as much more than personal salvation. Mershon said that they are called to care for one another in interpersonal relationships and in challenging the government to change its policies to help more people.

“For us, it’s not just about going to church on Sunday, it’s about then waking up on Monday morning and going to work and putting the message you heard on Sunday into action Monday through Friday,” Mershon said. 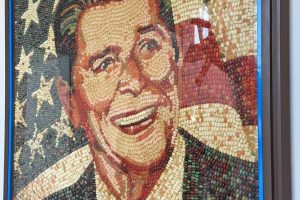 Photos by Karma Christine Salvato Sometimes life can get pretty hectic, and it's necessary to infuse your schedule with...
Copyright 2013 Jupiter Premium Magazine Theme
Back to top