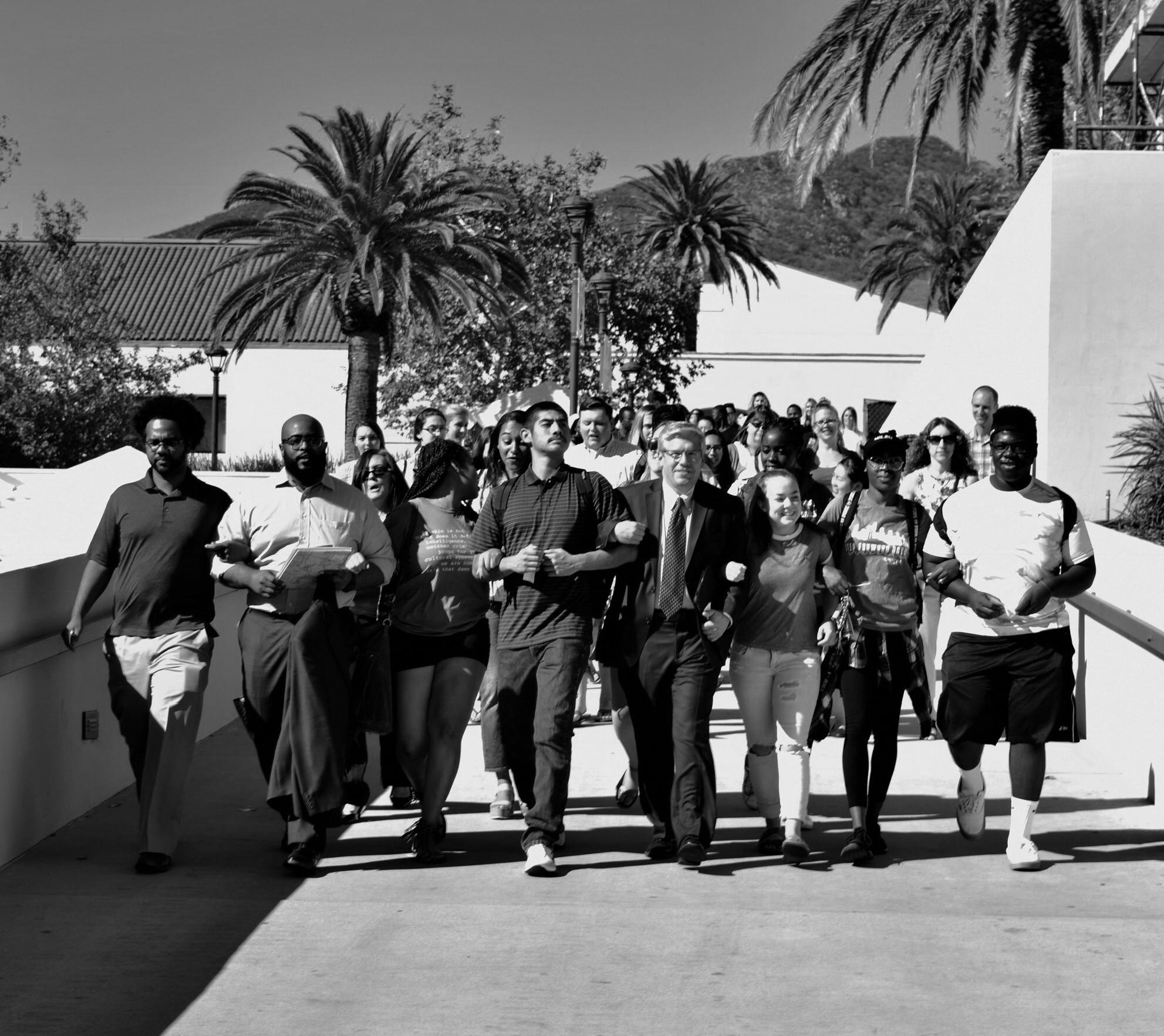 Sit-ins against gun violence, marches for climate change awareness, protests for Black lives and for immigrants.

America has seen an incredible amount of powerful protests and marches. In fact, almost every marginalized group in the United States gained their rights through protests.

These social movements have made an impact on many students as they enter adulthood during a time of intense socio-political turmoil. On and off Pepperdine’s campus, students are rallying for change and making a difference in any way they can.

“I realized that there is no specific way a person is supposed to look or be when it comes to actually creating that change,” Pepperdine 2020 alumna Heavin Hunter-Hernandez said. “It’s caused me to expand and broaden my view, to not typecast someone or write them off because of how they look, or what they may seem like, or their socio-economic class or anything like that. Because I know and I’ve seen there’s power in unity and there’s power in numbers.”

Student activists have learned valuable life lessons through their experiences with social movements; those lessons have been just as impactful as the movements themselves.

Drawing meaning from a movement

Despite roadblocks like COVID-19, many student activists remain hopeful in regard to social movements and the change that they continue to generate. Despite the progress made over the past months, these students are anxious to get back to pre-pandemic marches and protests.

Hunter-Hernandez described the atmosphere of the protests she has attended as unifying.

Jakub Mierzejewski, a former Pepperdine student who left the university in 2019, agreed and said his protest experiences have been powerful.

“I’ve always felt so inspired and like I have this power inside of me that I could just like take over the world with,” Mierzejewski said. “It’s just like this surrounding of love and power and joy and just using our voices that’s made it so incredible every single time.”

These protests provide a sense of community for many individuals.

“We can see that it’s not just Black people at these events and at these protests,” senior Josias Escobar said. “It’s white people and Latino people and Asian people; it’s people of all colors.”

With this sense of community comes a feeling of relief.

There is a uniquely human connection that is shared at protests, Mierzejewski said. It’s powerful that so many individuals from different walks of life can come together as one and fight for a just cause.

The diversity displayed at protests — not only in America but around the world — has begun to send messages of hope.

“[Protests] have taught me that humans are social by nature, but we’re accepting by proxy,” Mierzejewski said. “Not everybody is thinking the same way, but we’re all discussing these topics — and it’s important to discuss these topics.”

There are five core reasons why individuals rise up in protest: grievances, efficacy (an individual’s belief that one can make a difference through protest), emotions, identity and social embeddedness (one’s web of personal and social attachments), social psychologists in the Netherlands found in a 2013 study.

Emotions and personal beliefs are the overarching driving factors in why social movements come to fruition. Feelings of anger are typically associated with social movements, the study found. Belonging to certain groups (i.e. racial, ethnic, gender) increases the likelihood of an individual’s participation in social movements.

The rise of social media activism

Social media has been a platform for activism for years now, with the #BlackLivesMatter hashtag turning 7 years old in 2020. Online forms of activism are now the safest option for many people who are striving to spread awareness while also steering clear of the risk of COVID-19.

Since the beginning of the pandemic and the most recent wave of protests for the Black Lives Matter movement, colorful graphics have popped up left and right. 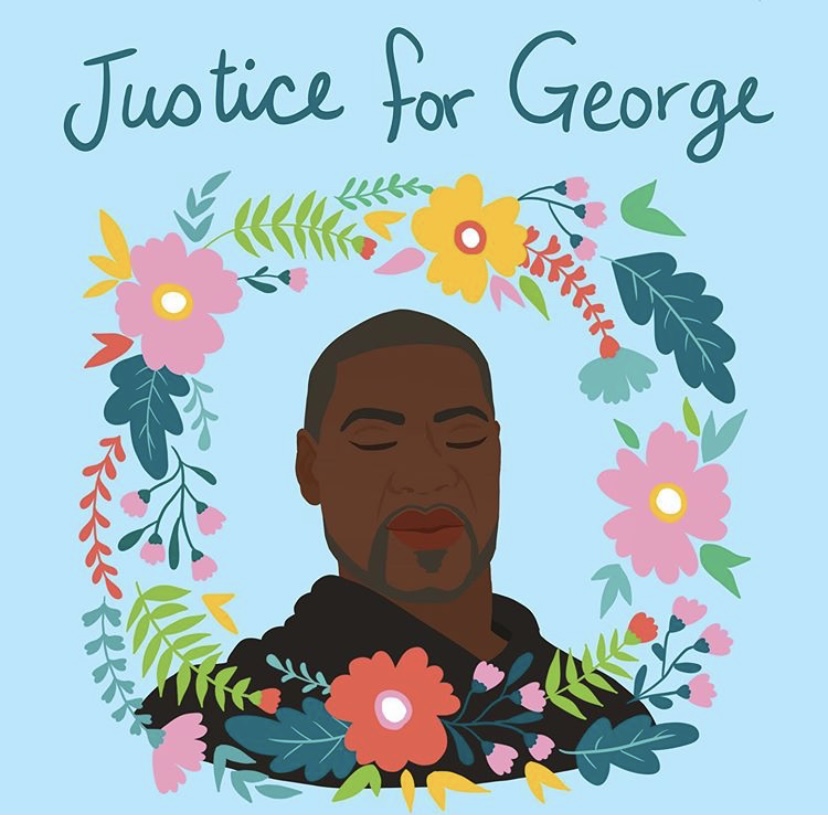 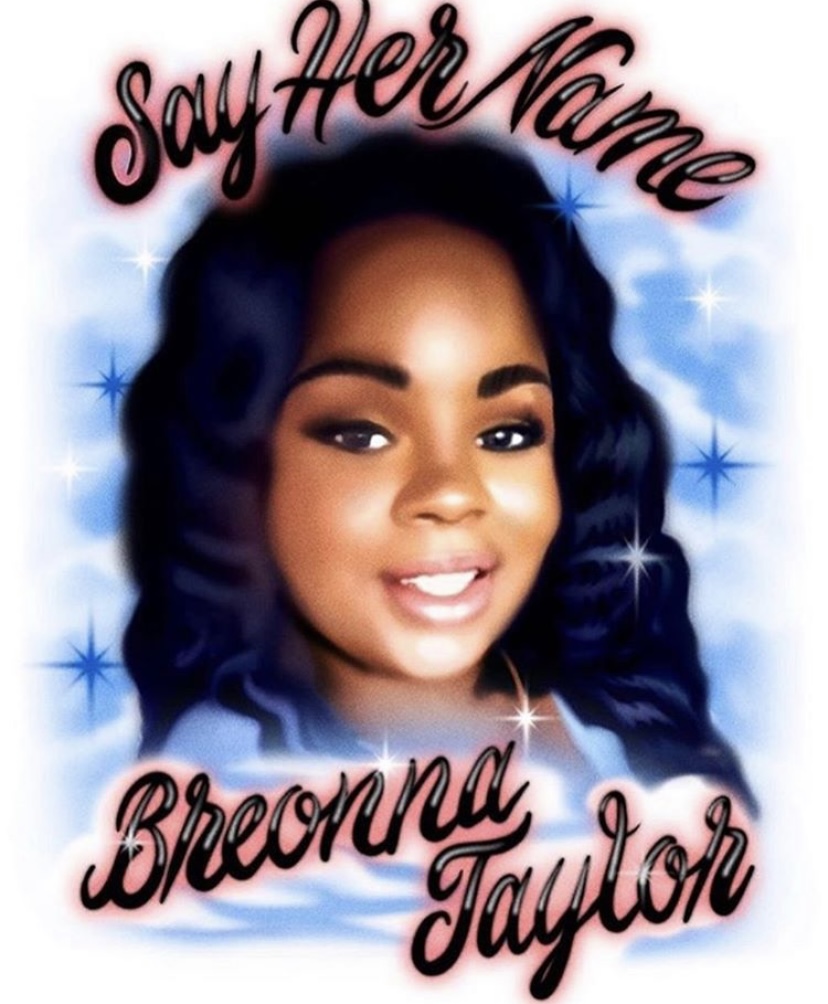 While some believe these graphics spread awareness, others think that these posts break down and trivialize the issue at hand.

Senior Alyssa Anderson said her experience with social media activism has been largely positive and allows her to become more involved with issues she hadn’t previously considered.

But students question how deep these social posts reach.

“I can post on my Instagram story all day long, but are people actually doing anything about it?” Hunter-Hernandez said. “Are they actually reading it?”

Many students think that while social media posts are the best they can do considering the circumstances at hand, the posts themselves are not as effective.

“I hate the social media infographics because I feel like they don’t work,” sophomore Kristopher Gordon said. “Like the Justice for Breonna Taylor unfortunately became a meme, and then Vanity Fair made her the cover, and that is not how change gets passed. You know, people just skip, skip, skip through.”

“We have to be careful if we are using social media for activism,” Smith said. “Because that can kind of signal a lack of the genuineness that is necessary for real change to happen. So you’ve made the statement, you’ve changed your profile picture, but what are you actually doing to change this problem?”

Many students said they think social media activism can only be positive when it is followed up with more action than an Instagram post alone.

“Some people will post on social media all they want and then not do anything about it, and I don’t think that’s the same thing as actually participating in an event or donating or signing petitions,” Mierzejewski said.

In July, an anonymous Instagram account with the handle @BlackatPepperdine began posting to bring awareness to the negative, racially–charged incidents students of color have experienced while attending Pepperdine.

“I’m really glad that @BlackatPepperdine exists,” Escobar said. “I’m glad people are finally stepping up and talking about it and calling out the administration.”

Sharing insensitive run-ins with other students, offensive jokes administrators have made and even blatant racism from some faculty, the orange and blue posts are uploaded to an audience of nearly 3,000 followers.

Many students have expressed anger in the comments of these posts, tagging Pepperdine’s various Instagram accounts and often tagging the organizations who have been accused of discrimination or insensitive behavior.

In a presidential briefing, President Jim Gash addressed one of the @BlackatPepperdine posts that criticized him. Students still said they would like administrators to thoroughly address the nearly 300 posts on the page.

“Students can be assured that faculty, staff and administrators have been reading @BlackatPepperdine, that the feedback has been discussed and incorporated into the Presidential Action Advisory Team’s recommendations for action to the president,” Connie Horton, vice president for Student Affairs, wrote in an email. “Many of us have also had the opportunity to discuss the concerns raised on @BlackatPepperdine with students to influence our next steps.”

Gash formed the new Presidential Action Advisory Team to work with the University Diversity Council to help advise him on how to improve diversity and inclusion efforts at the university. Gash announced via email Oct. 28 a list of initiatives Pepperdine will be taking.

Before COVID-19, Pepperdine’s Malibu campus acted as the backdrop while students sparked numerous social movements — from protests to sit-ins. In 2016, then-freshman Hunter-Hernandez organized a walk for unity for Pepperdine students and staff as a way to bring peace and awareness to campus after the 2016 election ended in victory for President Donald Trump.

“I felt like there was truly a cognitive dissonance and a lack of understanding, which is what some people are taught to celebrate, while others fear for their lives and their futures,” Hunter-Hernandez said.

Her goal for the movement was to spread empathy to those who were fearful after Trump’s election, such as Pepperdine community members who were also members of the LGBTQ+ community, Latinx students and DACA recipients, Hunter-Hernandez said.

“We hear your voices, we hear your concerns,” Hunter-Hernandez said. “And we cried together and we laughed together, and there were people there that just listened.”

Hunter-Hernandez has been involved in various protests on Pepperdine’s campus and has seen the power they hold unfold before her eyes.

“We protested to get the Christopher Columbus statue removed and the picture that depicted indigenous people in a subservient manner hung in the Caf — we protested to get that removed and replaced,” Hernandez-Hunter said. “It felt so good to stand around the Christopher Columbus statue and hold hands with so many of my peers and to pray together.”

While most of her experiences on campus have been overwhelmingly positive, Hunter-Hernandez and other student organizers said they felt stifled when administration became involved.

After the Borderline shooting in 2018, Hunter-Hernandez was one of many students who attempted to organize a peaceful sit-in against gun violence in honor of their lost friend and peer, Alaina Housley.

“We spoke to [two Pepperdine faculty members] so they were aware of what we were going to be doing,” Hunter-Hernandez said. “In retrospect, I kind of regret having them involved in the picture because I think we didn’t have the creative freedom to do what we really wanted to do to its fullest.”

She said administration limited the small group to a single corner in the cafeteria and prevented tours from passing through the area.

“You know, the administration kind of had their hand over it,” Hunter-Hernandez said. “I didn’t think that was very transparent, and I wish that we could have done it our way.”

Her frustration stems from a perceived lack of action and recognition from Pepperdine administration on current issues.

Other student activists on campus have experienced similar treatment from Pepperdine’s administration as well.

As a freshman in Fall 2019, Mierzejewski organized a school strike for climate change at Pepperdine in line with climate activist Greta Thunberg’s call to action for students around the world. Approximately 150 Pepperdine students participated in the climate strike, including Gordon — who said he believed that administration again limited the student body.

“We were not allowed to strike on the side of the Pepperdine sign on the road,” Gordon said. “Personally, I believe that Pepperdine didn’t want — from the outside — people to see us striking against Pepperdine. They wanted us inside, so only Pepperdine students saw what we were doing, which I think was a little shady.”

Horton wrote she did not know the specific cases but wrote that the university can put some limitations on time, place or manner of protest.

“We will work with students to come to a reasonable solution, but we want to make sure academic and business operations are not disrupted,” Horton wrote. “We welcome a conversation to arrive at a plan that students feel meet their objectives.”

Despite facing opposition from administrators, Mierzejewski said the strike went well, and even picked up traction from local media sources.

“Here at Pepperdine everything is a little bit more personal,” Smith said. “So I imagine the response of pushing people to the periphery, and that’s such a visual for how those students may already be feeling.”