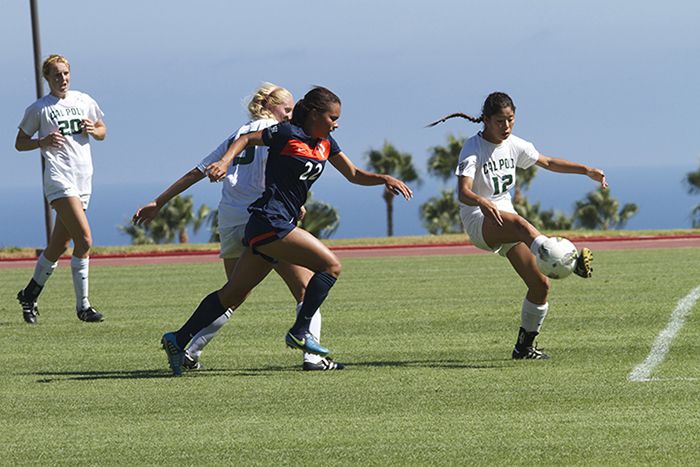 For the second consecutive year, the women’s soccer team defeated Cal Poly San Luis Obispo in its season opener. With packed stands, the Waves notched two goals in the second half to edge out a 2-1 home victory Aug. 22.

Cal Poly entered the matchup with the slight upper hand as reigning Big West Conference champions. However, the Pepperdine squad rolled through the Mustangs — the Waves have won their season openers for the past six seasons, according to Pepperdine Athletics.

“I’m glad to say we got a W, and now we live and learn from it.” Head Coach Tim Ward said. “We take what was good about it, absorb it and learn from the mistakes.”

Freshman Hailey Harbison kicked off her collegiate career with the first goal of the game in the fourth minute. A pass from her sister, sophomore Meagan Harbison, set-up Hailey to convert the header from the left side.

Then, in the 41st minute, Meagan nailed a goal from five yards out thanks to an assist from sophomore Colby Carson. Carson and senior Lynn Williams marked a team-high five shots each.

The Mustangs tried to make a comeback, but their goal in the 85th minute proved to be too little, too late. Concerning the win, Hailey said she was glad they pulled out the win considering the effort they put into preseason training.

“Our hard work definitely paid off,” Hailey said. “We need to focus on the first and last five minutes.”

On the defensive end, sophomore goalkeeper Hannah Seabert saved four shots. Last season, Seabert claimed the top spot in the WCC in save percentage. Although she didn’t accomplish her goal of a shutout, she said, “Overall we did very well. We’ve got some new players … It’s all just an adjustment, and it’s going to get better with time and with more experience that we have in the games.”

The soccer team of 18 returners welcomes seven freshman and one transfer. In preparation for the opener, senior Ally Holtz said the team participated in two-a-days, team meetings and film watching sessions.

Additionally, the reseeding of Tari Frahm Rokus Field forced the team to travel to Oxnard College. The daily bus rides were inconvenient, yet Holtz looked on the bright side, calling the experience “a blessing in disguise … it has given us the opportunity to strengthen our team’s adversity and our team’s chemistry.”

Next, soccer faces Florida Atlantic at home on Aug. 29, at 3 p.m. The Waves have nine more opponents to play before dueling Santa Clara to begin WCC Conference play.

Williams ready to leave her mark 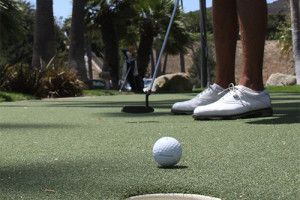 Photo by Shawn Jones   Juniors Fred Wedel and Marissa Chow are established in the golf community as two of the top-ranked...
Copyright 2013 Jupiter Premium Magazine Theme
Back to top