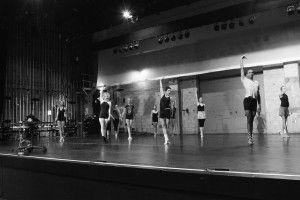 The anticipation was palpable Tuesday evening at Smothers Theatre, as a joyful audience anticipated the start of the performance. The Center for the Arts presented Complexions Contemporary Ballet, a New York City based dance company. The theater was close to full as people awaited the show.

People sitting in the theater eagerly watched as the lights grew dimmer and the curtain rose. The ballet began with three male dancers performing an impressive routine where they used their own arms to lift themselves up. The rest of the dancers soon followed.

Throughout the show, most of the dancers had the chance to demonstrate their skills through solos or duets.

“The dancers all have great classical technique, but their work is also very accessible, even for audiences who may not know a lot about dance,” CFA Managing Director Rebecca Carson said.

She described the company as “incredibly dynamic [and]there is a great range in the company’s work.” Carson saw the Complexions Contemporary Ballet earlier this year when she attended the Association of Performing Arts Presenters conference in New York in January.

The Complexions Contemporary Ballet group has performed in numerous locations throughout the United States and Europe. In Europe, the company has performed in various dance festivals such as the Holland Dance Festival, Warsaw Ballet Festival, the Dance Festival of Canary Islands/Spain, Italy’s Festival of Dance and the Ile de Danse Festival in Paris. The company has also won various awards, including the coveted New York Times Critics Choice Award.

The first act showcased the dancers’ incredible flexibility and graceful technique. It captured the essence of what contemporary ballet is; it had the perfect balance between poise, technique and choreography. This was throughout the entire performance, as well.

The choreography went extremely well with the theme: letting go of the past whilst holding on to the memories.

The Complexions Contemporary Ballet program wrote, “Life is about things that happen to us that are only important when we look back at them. If they stay with us, they become part of us. If not, they are cast off.”

The first two acts seemed more focused on that battle between a person and his or her “past self.” The dancers seemed perplexed and bothered by their own thoughts throughout the first two acts.

It was not until the third act that the dancers’ moods changed. The dancers went from being sad and mysterious to jubilant and welcoming. This in turn also alleviated the grim mood in the audience after watching the dancers battle to find their way and place. Looking around, it was not difficult to find smiling faces and bright eyes as the third act began.

The dancers all dressed in shades of red; the costumes, along with the music, made for a happy and vibrant setting.

The music that went with the choreography was a remix of upbeat and more modern songs. The entire dance company seemed to be having a great deal of fun throughout the routines of the third act.

Not only were people smiling and laughing, but even some people in the audience danced along to the songs. The Complexions Contemporary Ballet group seemed to accomplish what they set out to do: engage. 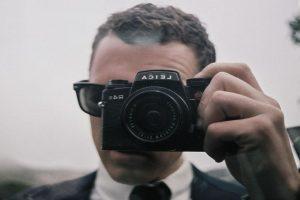 One pair of hearing aids transformed 2011 Pepperdine alumnus Austin Chapman’s 23 years of silence into a world of sound. Chapman...
Copyright 2018 Pepperdine Graphic
Back to top