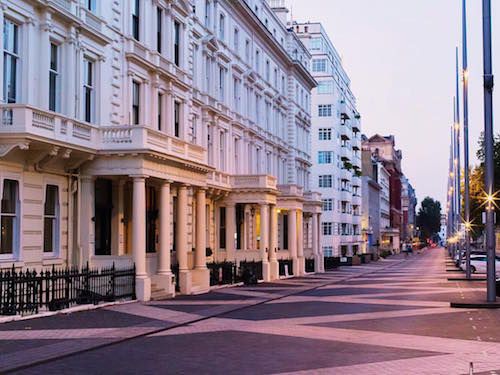 London has had way too many positives for me to count, but some of the things that really swayed my decision to come here happened to be some of the things I struggled with most during my first weeks abroad, such as living in a six-person bedroom, traveling, being in the smallest program and living life in the moment.

During my first travel weekend a few weeks ago, two of my five roommates and I attended Oktoberfest in Germany and I couldn’t have been more excited. But it kept gnawing at me that I’d be relatively on my own, in a foreign country, with an unfamiliar language and very different cultural norms from what I had grown accustomed to. The excitement of independence and traveling on my own was palpable, but clouded by rational fear.

When initially filling out my International Programs application in September 2014, I knew I wanted to go everywhere and anywhere, specifically around Europe, and I also wanted to have a safe, pleasant home base to call my own.

Some of the things I had seen as positives back in Malibu have since turned into something different; some good and some bad. The list includes:

Living in a Six-Person Room

This was one of my biggest fears when coming to London: The dreaded six-person room. Turns out, it’s not something to dread, at all. When I first heard the six names from my RA’s, you can bet I was skeptical, if not completely freaked out by the idea of living with more than one other person.

All I could think my first few nights in London was, there are five other people who will get to watch, listen and experience my daily sleeping habits for a year straight. It seemed a lot more creepy than it actually is in real life.

Now, my five roommates happen to be some of my favorite people on this planet, and I wouldn’t want to be living in the London house in any other room, even if I could have a private bathroom.

Living the suite life does prepare you for this kind of roommate scenario, though, since it’s really no different, comparing having six suite mates to having five roommates. Nothing, however, could prepare me for living on the top bunk of a bunk bed. That, my friends, is a challenge, and will be for most of the year, probably.

Traveling All Around Europe

The possibility of travel is much easier than actually planning and carrying out said travel. When you’re in Malibu, Europe seems like such a small place; in fact, it almost seems easy to navigate. You make your list of places to go and people to see, and you take off — just like that. Or, at least, that’s what you’d think it would be like.

In reality, traveling isn’t that hard, but it is overwhelming, to say the least. From planning flights to booking hostels to finding trains, or any other form of foreign public transportation, the process is never-ending.

But travel, no matter how stressful and overwhelming it may be, will always be worth it in the long run, no matter what your credit card bills say when you return to the United States. Riding the struggle bus, or any European form of public transportation, is totally worth the experiences, and the money, trust me.

Being in the Smallest Program

One of the blessings in disguise of Pepperdine’s International Programs is that they are inevitably small. This might seem daunting, considering some people might already have friends while others are still looking for those people to call their “group,” but it happens to be one of the least-scary aspects of studying abroad thus far. Inevitably, you’ll all travel together, whether it’s through the Educational Field Trip Pepperdine “mandates” you to attend, or if it’s through friends of friends.

One of the “perks” of the London program is that it’s the smallest out of all the full-year international programs. For me, I looked forward to that, and I would still consider it a perk. Sure, most people know everything and anything that’s going on in the house, which might be an inconvenience at some point, but it’s still nice to know everyone in the program and have some sort of relationship with everyone at one point or another throughout the year.

Forgetting to Enjoy the Moment

One thing to remember is that mostly everyone is or will be in the same position you are when it comes to studying in a foreign country. Everyone wants to find those people they get along with best, and hit up a pub or catch a sports game with. Find those people, and enjoy your abroad experience. Waste more time having fun and being free, and less time worrying about who you’re with and what you’re going to do next. 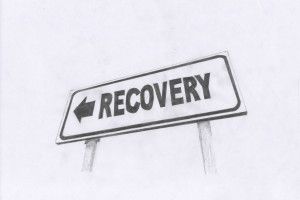 Art by Kris HarperAn “educational guilt” creeps in especially hard when I labor over assignments I am dispassionate...
Copyright 2013 Jupiter Premium Magazine Theme
Back to top