Shrine’s speakers resonate with the sounds of Q-Dance 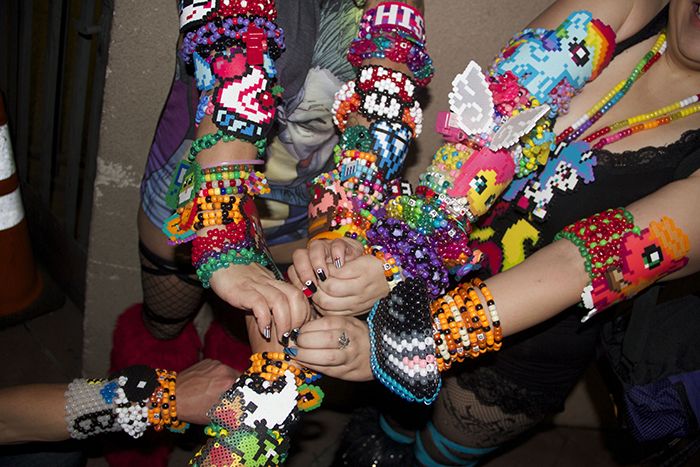 Los Angeles got what it has been yearning for since October: its second dose of the Q. The Shrine Expo Hall held 4,000 hardcore hardstyle fans as it came alive with pure energy in a show combining banging bass and beautiful melodies with a brilliant mix of lasers, lights, fire, confetti and water.

For seven hours (eight if you include the daylight savings time change) on March 7 the world’s biggest hardstyle DJs came together for the heart-pumping thrill ride that is The Sound of Q-Dance. From opening at 7 p.m. to close at 2 a.m. the following morning, fans, united by their love of the music, waved their banners and flags and danced the night away in a showcase of energetic adoration. Fans displayed peace, love, unity and respect with the exchange of Q-Dance beaded wristbands as they danced, laughed and enjoyed the music.

The bass bumped so hard it could be felt in a rush of the waves emitting from the speakers throughout The Shrine. The temperature of The Shrine, thankfully, remained comfortable, despite the energy of the attendees, the fire and the length of the dance marathon.

Q-Dance began in Holland in 2001 and has since become the world’s largest hardstyle event series. The Sound of Q-Dance is proof of why they are on top. With this event they are branching into the United States.

Although thousands of fans attend the shows in the U.S., these showcases are nothing compared to those abroad where the fan base is most prevalent. Q-Dance produces over 15 events a year in more than 10 countries, which draw upward of 250,000 attendees. Defqon.1, the flagship event, brought more than 55,000 people together in 2012 at the Netherlands edition.

The Sound of Q-Dane brought together some of hard dance music’s most acclaimed DJs. Native Angeleno Mr. Skeleton opened the show with a bang followed by Sylence and fellow Angeleno Lady Faith. The night continued with hardstyle sounds brought by Wildstylez, Brennan Heart, Frontliner and The Prophet. The show was emceed by non-stop dancing Mc Villian.

DJ Lady Faith, one of hardstyle’s most renowned DJs, is a native Angeleno. She is considered the queen diva of the hardstyle world, and she is one of the only widely recognized women in it. She doesn’t let gender stereotypes hold her back and goes just as hard, if not harder, than her male counterparts.

“Men think that just because you’re a female you’re not as good,” Faith said. She played at Defqon.1 Holland in 2012 and explained that American fans are much more open to her as a female DJ than fans abroad are.

Faith began practicing her craft in her early 20s, but didn’t have the courage to showcase her work right away. Her journey ultimately led her to solely DJ hardstyle music, which she has been doing for five years now. She has become the queen of hard dance music.

She feels that now more women can break into the realm that she has entered in hardstyle with hard work.

The Sound of Q-Dance was particularly special to her because she is a native Angeleno. She feels her fans are family and refers to them as her “faithful.”

“Anytime I get an opportunity to play for a Q-Dance show it’s an absolute honor. It was absolutely a phenomenal show,” Faith said. “I knew it was going to be because Q-Dance always delivers as far as the production goes and as far as the talent goes.”

She feels that Q-Dance is the premier showcase of hardstyle music because the DJs understand and love the music just as much as the fans who make hardstyle a part of their way of life.

“Our music is super emotional, but on the same line it’s so incredibly energetic that your body just uncontrollably starts moving. Even if you don’t want to because the music is just infectious. It’s truly the best EDM genre out there,” Faith said.

Music producer and composer, Jonathan Diaz, has been a follower of hardstyle since the late 90s and has seen it grow into what it is today.

“The good thing about hardstyle is that it has a little bit of everything. It has the high energy, it has melodies, it has vocals, it’s pretty much the whole nine,” Diaz said. “Expect lots of energy and good music that will pump you up.”

Along with the caliber of DJs in the line-up at Q-Dance, much of the excellence of the production was in part due to the talent of Diaz. He is founder of Sogma Productions and came up with the concept for the show to be broken into mini-shows of fire, lasers, confetti and water for The Sound of Q-Dance.

“The whole concept of that is to give the audience something a little bit more each time, and that goes for the whole experience,” Diaz said.

Diaz gives credit to native Angeleno JDX for teaching him everything he knows about show intros. JDX is a pioneer of hard dance music and came up with the concept of having intros at EDM events.

After working with JDX and gaining experience, Diaz decided to start his own production company in September 2013.

“This was my first time seeing a U.S. based show with my show production on it,” Diaz said.

Diaz has done show intros for other Q-Dance shows such as TomorrowLand, Defqon.1, MysteryLand and X-Qlusive.

You don’t want to miss the next earthshaking Q-Dance event. Follow Q-Dance, Jonathan Diaz and Lady Faith so you can be sure not to miss another event. You can also submerse yourself in the sounds of hardstyle with Q-Dance Radio which you can listen to on q-dance.com. 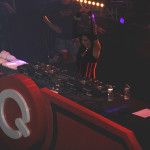 Grab and Go: Staying Healthy on the Road 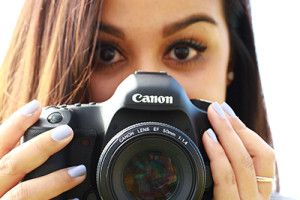 Photo by Allison Hubbard On stage for the biggest night in Hollywood, senior Mackenna Millet received recognition from...
Copyright 2013 Jupiter Premium Magazine Theme
Back to top