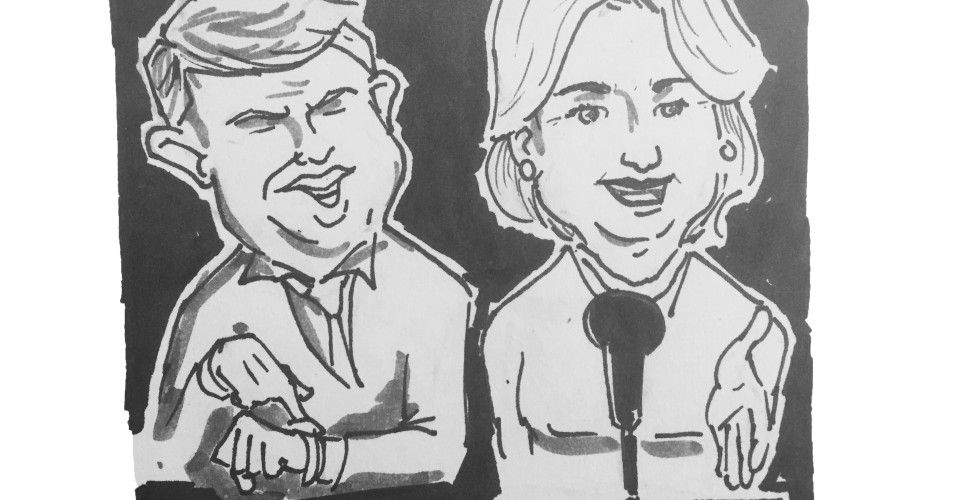 Politics may be a polarizing topic, but I think there is one thing that many can agree on: American presidential campaigns are too long. At this point, the election in still more than a month away, but we have been hearing about it for almost two years. Ted Cruz, the first candidate to announce his campaign, officially said he was running for office on March 23, 2015, 569 days before the election.

With the amount of time that is focused on the presidential election, people get worn out by the amount of coverage. Fifty-nine percent of Americans said they were already tired of hearing about the election this summer, according to Jeffrey Gottfried’s article “Most Americans Already Feel Election Coverage Fatigue” for Pew Research Center on July 14, 2016.

This study also showed that there is a lot of discontent with the type of coverage the candidates have been receiving. Fifteen percent of those surveyed said they wanted more coverage of candidates’ comments at events and rallies or in interviews, but 55 percent said there was too little coverage of the candidate’s political issue stances.

The most important thing covered should be a candidate’s stance on relevant issues. A shorter campaign might mean less time is spent covering a candidate’s mishaps and personal life, and would encourage news outlets to get straight to the point. With limited time, perhaps the issues would become the focal point of election season.

It would also shift the current negative attitude some Americans have toward elections. The fact that we get to take part in our nation’s government should be exciting, not arduous, yet most people are not excited to put up with the marathon our presidential campaigns have turned into.

The U.S. has by far the longest campaign season. Next on the list is Mexico, which used to be 147 days, but in 2007 was shortened to 90 days. The U.K. had their longest campaign for general elections in 2015, which lasted for 139 days. These countries have laws that limit the length of time a candidate can officially run for office and the main reason is money.

Americans spend the most amount of money on campaigns, according to Sy Harding, in his article for Business Insider “Stop the Noise! U.S. Political Campaigns are Way too Long!” published on May 25, 2012. In the U.K., candidates will spend around £10 million, which is about $13 million, on campaigns combined, while American candidates will stretch into the billions, with an estimated $6 billion going into the 2016 campaigns. This turns the election from who is the best candidate to who can raise the most money.

While the money candidates receive largely comes from donations, think about the amount of good this money could do if candidates didn’t have to support their advertisements or travels on the campaign trail for nearly two years. Instead of being invested in a politician that promises change, this money could be invested in actual change and given to nonprofit organizations or associations. Also, a shorter campaign wouldn’t limit the amount of money a donor could give to potential candidates, it would simply mean that less money would be needed to run.

The amount of time we spend talking about elections is a huge distraction. If the current president is running for their second term, they spend nearly half of their time in office focusing on being re-elected. If we shorten the campaign time, we would lose less of an incumbent president’s time in office.

Voters do not need to be told repeatedly over the course of two years where a candidate stands on the issues; shortening the length of political campaigns to a few months would allow ample time for voters to choose a candidate the best supports them. This might be a drastic change to the way Americans approach politics, but if we shorten the amount of time we spend thinking about politics, we increase the amount of time we spend participating in it. 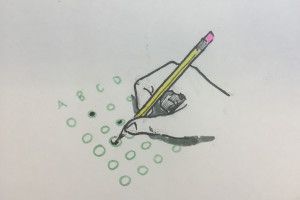 Art by Peau PorotesanoStandardized tests: You couldn't have gotten into Pepperdine without taking at least a few of them,...
Copyright 2018 Pepperdine Graphic
Back to top