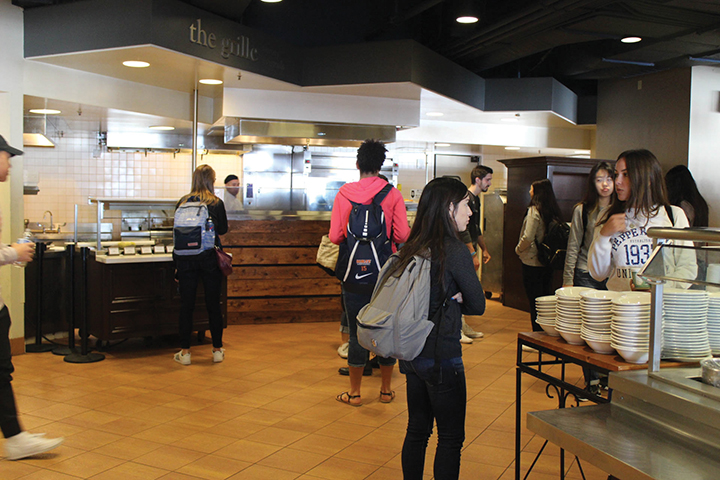 SGA is working with Sodexo and Pepperdine’s dining software company, CBORD, to implement a new touch screen ordering system at the Grille in the Waves Cafe.

Jon Mathis, associate dean of students and director of Housing and Residence Life, has been working with SGA to put the touch screen system into place at Pepperdine.

“The complications are getting the Pepperdine network and the touch screen system and our dining software to all talk and be in good communication with each other and to be secure,” Mathis said. “Security with students’ information is paramount, so we have to make sure that that is in place.”

Using the new system, students would be able to order their food through the touch screen system instead of the paper slips currently used, Adutwum said. After selecting their order, students would swipe their ID and pay for their meal then and there. They could then sit and do work, relax, or talk with friends until they received a text alerting them that their food is ready for pick up. 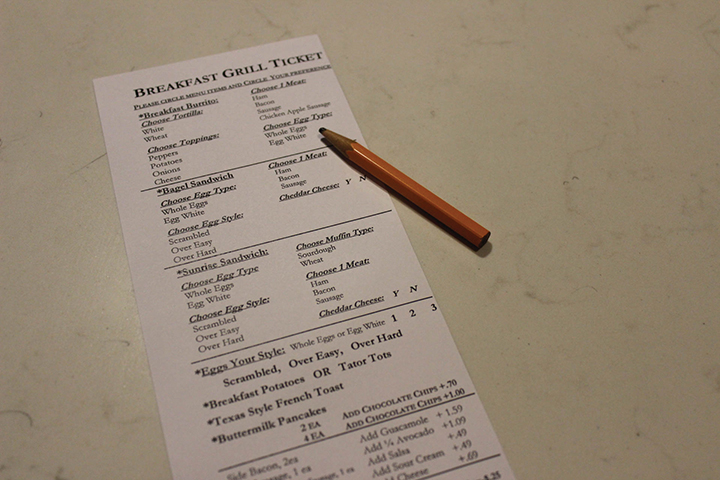 Rather than waiting in line to check out, students would show the receipt of their order to a Sodexo employee who would just have to look at the food to ensure it matched their receipt, Mathis said. There would be a designated line for these orders so that students could filter out of the cafeteria quickly, making the process more efficient.

“We’ve noticed, obviously at certain stations there’s long lines,” Mathis said. “When it gets really busy at the peak times for lunch and dinner, in particular, the lines can be really long. So we’re hoping that this will cut out some of that time, especially time that’s spent at the register.”

Freshman Carlie Ott said the system would be helpful for both consumers and cooks, especially in reducing any order mixups or accidental loss of orders.

“I think it would be really beneficial and time-saving, along with helping the workers back there keep everything organized,” Ott said. “I think just because everything’s getting into touch screen now, it’s strange that we’re using paper slips for that.”

SGA is working with Toast, a restaurant ordering software, for the ordering system, Mathis said. A demo of the system several weeks ago revealed that the system does not currently have the capability to accept Pepperdine student IDs as a form of payment.

CBORD and Toast are working together to figure out a partnership for Pepperdine to create a system that can take student IDs, Mathis said. SGA and Mathis want Pepperdine to be a test site for the partnership, rather than waiting until the system comes out nationally. 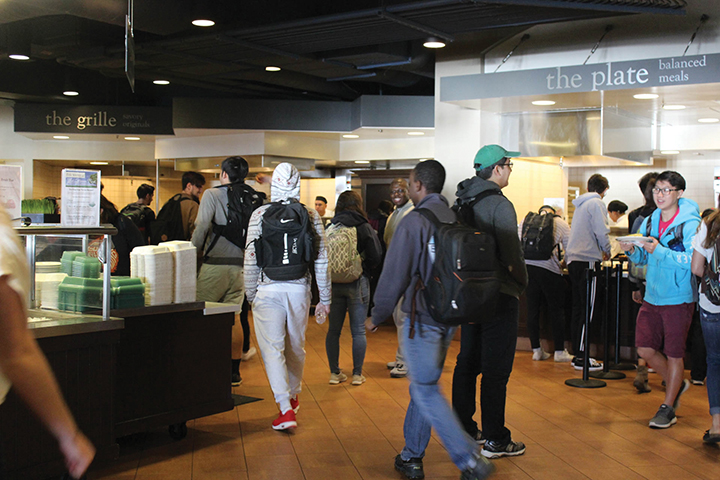 America Soto, a junior, said she thought the system would be helpful in reducing wait times in line.

“I think it’s a great idea because always, when you’re in lunch, all the students go,” Soto said. “We have to wait around sometimes 20-to-25 minutes and it takes a long time.”

Mathis said his hope is to have a pilot of the system running in the fall so that the full version, with all menu options, could be running later in the year. Adutwum said he hoped for a similar timeline to be followed.

“I’m hoping that this fall it will be here, but if it’s not, I’m hoping the next SGA president and SGA altogether will continue to encourage dining services to push it because we think this will be beneficial for the community,” Adutwum said. “That’s why it wasn’t hard for us to put money aside for it. Normally when it comes to money in SGA, the senate … is very reluctant to put money aside. It [the resolution for funds for the system] passed by 100 percent.” 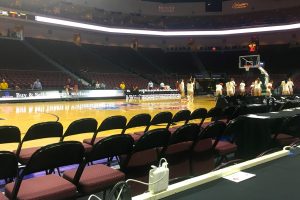 Photos by Kyle Cajero My first memory of watching the West Coast Conference Tournament occurred two years ago during spring...
Copyright 2018 Pepperdine Graphic
Back to top