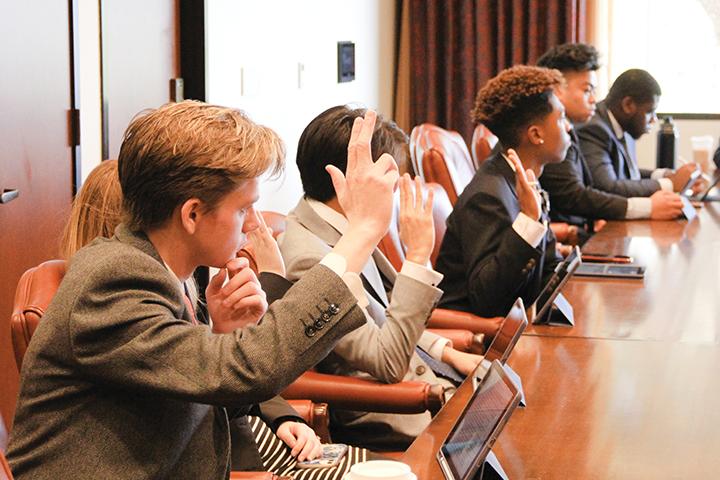 Pepperdine’s Student Government Association (SGA) announced in an email Tuesday that elections for next school year have been postponed to fall 2020. Senior and SGA President Meredith McCune wrote in a separate email to the Graphic that the SGA Senate would not continue holding its regular Wednesday meetings.

Next year’s elections will take place online from 8 a.m., Sept. 16 to 8 a.m., Sept. 17. All Executive Board and Class Senate positions will be up for election, and potential candidates may attend an information session Sept. 2.

“[The Executive Board] discussed our initial views on whether to conduct SGA Elections remotely or postpone them until the fall so that they could be held in person,” McCune wrote. “We also individually emailed our SGA Adviser[s] our opinions on how to best conduct SGA Elections, and ultimately, Brittany [Skinner] and Doug [Hurley] agreed that SGA Elections should be postponed until the Fall.”

McCune also wrote that the group thought completely online campaigning would not promote a fair race.

“If elections were based solely on electronic communication and social media (keeping in mind campaign rules that do not allow mass e-mailing), it may come down to clout or who is the ‘most popular’ on Instagram,” McCune wrote. “We felt this would be a disservice and misrepresentation of the student body as whole.”

The group also thought that the current situation — with students spread across the world due to the COVID-19 pandemic — would make holding elections as previously scheduled inappropriate and prevent many students from voting.

“We have 12 Pepperdine students who tested positive for COVID-19, and many other students who are still adjusting to moving home and remote learning,” McCune wrote. “We did not feel that SGA Elections would be seen as a priority to students, which is completely understandable.”

The lack of information session and inability to regulate campaigning online also concerned the board and advisers. The last consideration that McCune mentioned was how student governments at other schools are handling the situation.

“[Skinner] spoke with a school that decided to postpone elections until the fall, too,” McCune wrote. “I also spoke with nearby California schools, and many of them had already had elections in person before their spring break, so they did not have to conduct any online.”

McCune wrote that none of the schools she contacted planned on having online elections, but Vice President of Finance Chase Johnson said he disagreed, citing his conversations with friends at schools that are holding elections online, like Jacksonville State University.

“I think that holding elections online was feasible, and I personally would have preferred that,” Johnson said. “The main reason is because the SGA constitution is written with a requirement that the elected executive board comes back two weeks prior to the start of the school year to receive training.”

Johnson said he supported holding online elections in April, but all the other board members and advisers supported moving the elections to the fall.

When President Gash announced March 11 via a community-wide email that classes would transition to online instruction, SGA was starting its weekly Senate meeting.

“I thought that it was an important time for us to discuss what we could do to support the students, but I think the prevailing reaction in the room was initially, ‘What are we going to do personally?’” Johnson said. “We really couldn’t think about anything SGA could do at that time.”

McCune canceled the meeting after the email came, and the board and advisers later decided to cancel the rest of the year’s Senate meetings.

“We thought about having Senate meetings remotely, but with everything going on with students remotely learning, and with our limited ability to implement legislation as we are not on campus, we felt that it would be best if we saved our ideas for resolutions for the SGA Senate next year,” McCune wrote.

SGA also canceled any events it was sponsoring during the remainder of the semester, including town halls. Class senators usually pass out class merchandise at town halls, but McCune had them instead distributed at the HAWC before students moved off campus.

McCune wrote that the Executive Board is not regularly meeting but is still in contact, and that committee chairs are making lists of ideas for legislation they did not get to this year.

Channel Your Netflix Binges into Activism 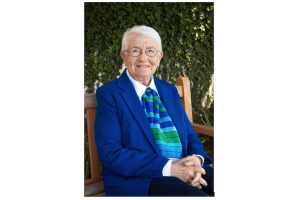 Constance Fulmer joined Pepperdine faculty in 1990 and served as an English professor, divisional dean of the Humanities...
Copyright 2013 Jupiter Premium Magazine Theme
Back to top