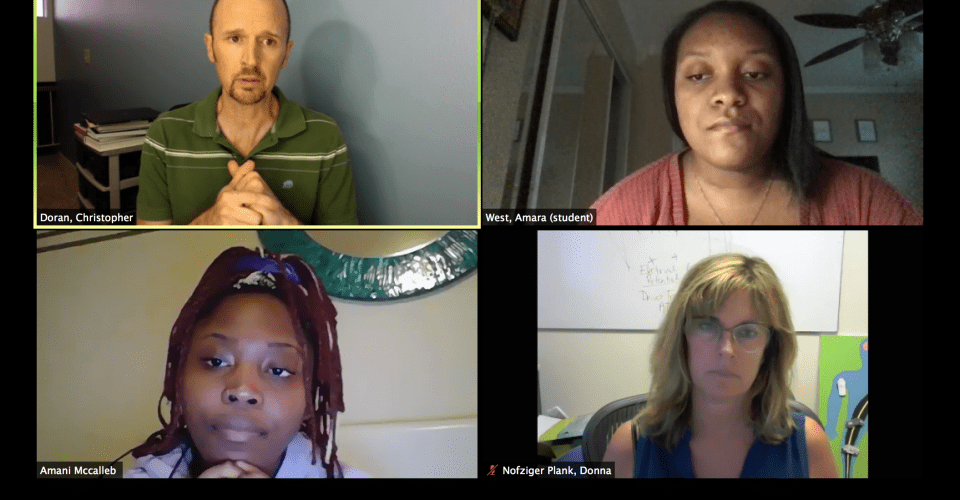 A tweet. An email. A Zoom link. Virtual communication led the connection between Seaver faculty and students this week in a call to continue the conversation around racial injustice and reconciliation in higher education.

Pepperdine faculty members showed their support for Black Lives Matter and students of color through various avenues Sept. 8, including a national strike, A Night to Listen and the Jericho Challenge.

“Our desire is to listen to each other so that we can take steps toward becoming the sort of community that models solidarity, hospitality, and equity, all the while pursuing academic excellence,” Seaver Faculty President Chris Doran wrote in an email to the faculty.

Anthea Butler, professor of religious studies and Africana studies at the University of Pennsylvania, began the idea of a scholar strike on Twitter after Jacob Blake was shot in Kenosha, Wis.

“I would be down as a professor to follow the NBA and Strike for a few days to protest police violence in America,” Butler tweeted Aug. 26.

Her tweet garnered national attention, and soon she and her co-organizer Kevin Gannon, director of the Center for Excellence in Teaching and Learning at Grand View University, gained strike commitments from over 600 scholars in less than a day, according to Inside Higher Ed.

“#ScholarStrike is, first and foremost, a disruption of the everyday routine in academe, an action by folx in higher ed who refuse to abide the racial injustice destroying our society,” Gannon tweeted Sept. 7.

The strike, which took place Sept. 8 and 9, was more than a movement for only tenured professors to participate in, Gannon wrote; rather, it was an opportunity for scholars to take action however they could.

“Scholar Strike is both an action and a teach-in,” according to the Scholar Strike website. “Scholar Strike is open to everyone to participate in on college and university campuses — faculty, staff, grad students, and administrators who are committed to anti-racism, and advocating for racial justice for BIPOC in all areas of society.”

Chris Doran, president of the Seaver Faculty Association, wrote an email to Seaver faculty Sept. 2 detailing different options for Seaver scholars looking to join the movement in their own way.

In his email, Doran shared the support of the Seaver Faculty Association for professors choosing to strike and not hold class Sept. 8 and 9. Doran said he personally didn’t understand the benefit of striking and not holding class, as teaching already faces obstacles due to COVID-19.

“I don’t really understand the goal of this particular strike other than to raise awareness, and it seems like there’s enough awareness raised of this issue,” Doran said. “I was looking to think about how we could actually participate in something that was meaningful in a different way other than raising awareness.”

Instead of striking, Doran and some of the Seaver faculty chose to hold time during their classes to discuss racial injustice and inequity.

“If we were on campus in a non-COVID world, I would fully support the idea of shutting down school for a couple of days and having listening groups in person,” Doran said. “But I’m still not sure exactly how [#ScholarStrike] will get to the goals that it wants to get to when we are so separated by space and Zoom screens right now.”

Communication Professor Colin Storm said he also opted for a “teach-in” rather than a strike. Storm said he’s recently considered ways he can amplify minority voices within the communication field and in research and used his asynchronous class period to address issues of injustice and racism within the academic context.

“I’ve been thinking for a while about how I, as an educator, can incorporate issues of this movement into a learning opportunity — not just for students but for me as well,” Storm said.

Storm said hearing the experiences of others is central to research and communication, and he hopes to continue the teach-in throughout the rest of the semester and beyond through exploring different experiences in research.

“Being an ethical qualitative researcher means we listen to people’s experiences, and we could use more of that right now,” Storm said.

Doran said he and McCalleb discussed an event like this at the end of the summer, as they both saw the need for Pepperdine students and faculty to have open dialogue about change within the institution.

“We both wanted to do something that would help shape the culture but also leave a legacy of how we do what we do in our classes,” Doran said. “She is a Black woman, and me, as a white male, can talk in a classroom and during office hours to try to show that you can be civil, charitable and creative in ways that oftentimes faculty members — at least according to some on the @BlackatPepperdine Instagram — are not doing a good job of being those things.”

The vision is to do four to six nights of listening this semester, Doran said, but the duo is waiting to see the reaction from their first event and hopes to include more voices moving forward.

Doran said it is hard to gauge faculty involvement in the movement due to virtual interaction, but based on conversations with fellow Seaver Faculty Senate members and other contacts, he said the feedback has been positive and encouraging.

The Jericho Challenge, a week-long prayer challenge, began Sept. 2 to encourage the Pepperdine community to pray for racial healing and “allow individuals to contemplate the actions they can take to build a community of belonging.” President Jim Gash announced the Jericho Challenge in his Sept. 2, President’s Briefing, and Doran encouraged faculty to participate in the challenge as another way to continue the conversation about racial reconciliation.

Doran also cited the Seaver Faculty Association’s statement about racial justice, shared earlier this summer, as another sign that faculty are looking to create change in and outside of the classroom.

“I think if we can get to a place where we’re not living such disconnected lives — where we know that what’s going on in the world impacts us in the classroom — then we’ll get to a better place,” Doran said. “We can get to that place if we’re able to talk about these things where we can model forgiveness and reconciliation and creative ways forward that will actually make us better community members, better scholars, better students, and bring Pepperdine to a better place than it’s been in the past.” 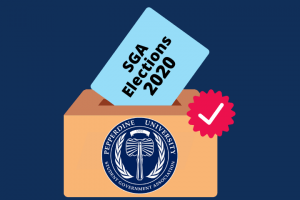