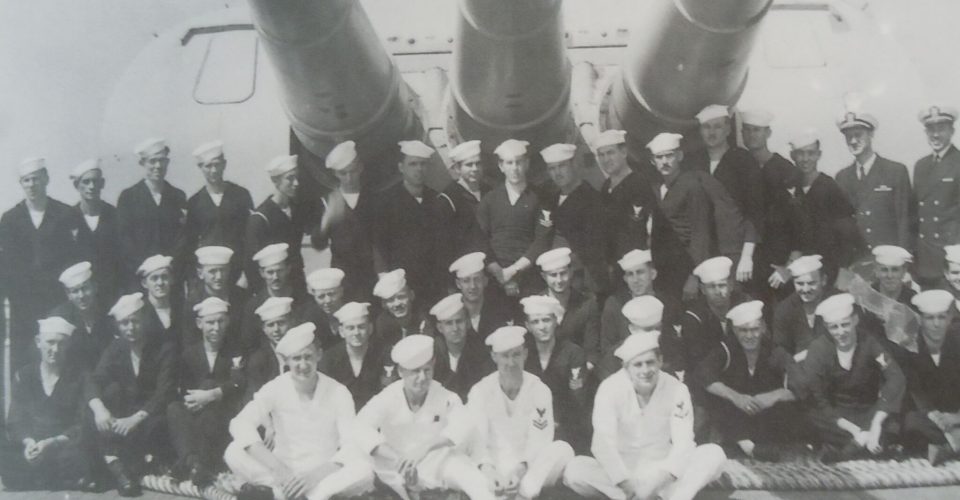 Images on the screen flowed between an elderly man in large glasses to another old man whose white hair stuck out underneath a Navy cap adorned with pins. The auditorium intently watched the men on the screen in silence except for brief moments of laughter and longer moments of sniffles.

Seaver alumna Sara Vladic (’01) directed the documentary “U.S.S. Indianapolis: The Legacy” which followed the accounts of the survivors of the World War II heavy cruiser U.S.S. Indianapolis. The heavy cruiser suffered a torpedo attack that killed three-fourths of the crew and left survivors floating in the shark-infested Pacific Ocean for five days. The story unfolds through rare WWII footage, previously unpublished photographs and open-ocean reenactments. The documentary screened in Elkins Auditorium at 7 p.m. on Wednesday, Feb. 15 in front of students, alumni, faculty, staff and veterans.

“These men will be gone, but their story will live,” Vladic said.

Prior to the film screening, there was an onstage conversation between Pepperdine film professor Craig Detweiler and Vladic.

Vladic said she initially heard about the U.S.S. Indianapolis story at the age of 13 through a documentary. Vladic said she did research but hardly found any information and thought it would make for a great movie someday. Little did Vladic know, after graduation from Seaver she would look up the survivors on the Internet and meet them to tell their story.

Vladic first met the survivors in 2001 and began filming in 2005. Vladic said she was fascinated by what the men of the U.S.S. Indianapolis experienced and how no one knew about it. The film took Vladic 10 years to make, which she referred to as “a labor of love.”

“When they asked me to be their storyteller, how could I say no?” Vladic said.

After spending a lot of time with the men, Vladic said they gradually opened up to her, and she found herself crying with them and their loved ones. Family members of the survivors told Vladic it was their first time hearing the experiences, too. Vladic said she interviewed 104 men, and in the end there was 170 hours of footage.

Detweiler asked Vladic how she managed to wade through all of the footage, and Vladic said God was there the whole way guiding the entire effort. In the interim of filming the documentary, Vladic did other projects such as producing the Grammys, MTV Awards, and Kid’s Choice Awards.

When asked by an audience member what the film’s call to action was Vladic encouraged the audience to respect those who served our country.

“Next time you’re at the store, and you see someone with a hat who served, ask where they served,” Vladic said. “Everyone has a story, and take a minute to respect that.”

The general response to “U.S.S. Indianapolis: The Legacy” is positive, Vladic said. The film was placed on the Oscars contender film list, received awards, screened in numerous schools and even become a part of some school’s history curriculums.

Vladic said when she graduated from Seaver College, she believed she could be a director in Hollywood. She said her professors taught her the significance of storytelling. Vladic encouraged undergraduate students to take advantage of their network of professors and resources for future success.

The film “U.S.S. Indianapolis: The Legacy” is about two hours in length and sheds light on the untold stories of survival, the history and aftermath of the survivors of the U.S.S. Indianapolis and the true meaning of freedom.

The film is available on Amazon, OnDemand and can be purchased on DVD or Blu-ray. 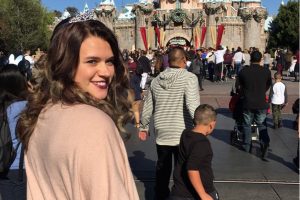 Photo Courtesy of Kaci Courtright“I know a lot of my friends struggled growing up with low self-esteem, caring about...
Copyright 2013 Jupiter Premium Magazine Theme
Back to top