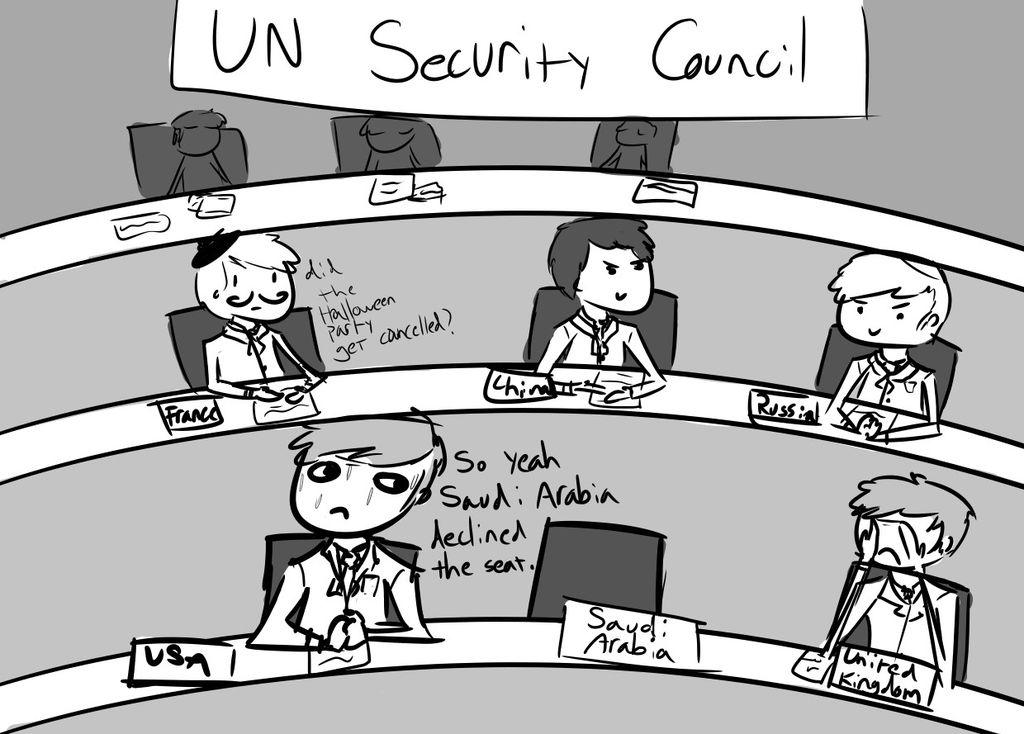 While students at Pepperdine are wont to complain about all the ways in which the so-called “Malibubble” cuts us off from the world and forces us to exist in a never-never land of deer and speed bumps, the real world continues ticking just beyond the hilltops, which I in good conscience cannot call mountains.

What we call the Malibubble isn’t just a Pepperdine-specific phenomenon. As the United States has been consumed over the past few weeks with the ongoing budget debacle in Congress, which we know will dominate every national news headline again in another few weeks, important events have been happening around the world. The deal hastily brokered by presidents Barack Obama and Vladimir Putin to remove and destroy Syria’s stockpile of chemical weapons may have prevented a U.S. military intervention in the war-torn country, but it — along with other policies being pursued, such as opening negotiations with Iran over that country’s nuclear ambitions — has ruffled feathers in Saudi Arabia.

In a move that was as shocking to many Saudi Arabian officials as it was to the world, the Arab kingdom declined a non-permanent seat on the U.N. Security Council on Oct. 18, the day after it was elected. In spite of years of careful diplomatic maneuvering to gain a much-coveted seat on the Security Council, the Saudi Foreign Ministry published a statement that sharply criticized the Security Council for refusing to take action in resolving the Palestinian-Israeli conflict, in preventing weapons of mass destruction from being developed in the Middle East and for standing aside as the regime of Bashar al-Assad continues its brutal campaign against the rebels in Syria, including the use of chemical weapons in the conflict. The statement concluded by calling for the Security Council to be “reformed and enabled, effectively and practically, to carry out its duties and responsibilities in maintaining international peace and security.”

Since the beginning of the civil war in Syria, Saudi Arabia has expressed strong support for the rebels in an attempt to topple the Syrian government and remove a key ally of Iran — Saudi Arabia’s major rival  in the region. Throughout the process, Russia and China have used their veto power in the Security Council to block any attempt to impose sanctions or penalties on the Assad regime, and the U.S. has also preferred to stand by the sidelines, taking up the deal offered by Russia to confiscate and destroy Syria’s chemical weapons stockpile in order to avoid a military action that would have been extremely contentious with the American public. The Syrian government is no friend of ours, but a rebel-led government wouldn’t be any better.

Perhaps more important in Saudi Arabia’s decision-making process was the recent opening of negotiations between Iran and the U.S. over Iran’s nuclear program, a series of negotiations which many — Saudi Arabia included — feel are doomed to fail and result in the eventual Iranian acquisition of nuclear weapons. The announcement, which many believe could only have been crafted on the order of King Abdullah himself, could reflect a significant shift in Saudi foreign policy, specifically with regard to its longtime ally the United States. Recent U.S. policy in the Middle East has stoked fears that the U.S. is no longer willing to fully support our allies in the region after supporting the ouster of President Hosni Mubarak in Egypt, refusing to intervene in Syria and re-opening diplomatic channels with Iran.

Prince Bandar bin Sultan, Saudi Arabia’s intelligence chief, told European diplomats that “this was a message for the U.S., not the U.N.,” citing the strain in relations between Washington and Riyadh. In a move which many believe also came with the approval of King Abdullah, he claimed that Saudi Arabia is looking to scale back intelligence cooperation with the United States and seek other allies with which to cooperate more closely.

There hasn’t yet been any indication that Saudi Arabia intends to follow through on its threat to scale back on its current cooperation with the U.S., which includes massive arms sales, hosting U.S. military bases used to support operations throughout the Middle East and serving as a key world producer of oil to keep prices stable. Lacking that, it seems that this sudden surprise was just a warning to the United States in an attempt to convince President Obama to change his policy in the Middle East. The Obama administration has thus far been eager to downplay insinuations of tensions between the two countries, and Secretary of State John Kerry has worked to emphasize areas of cooperation, citing a number of recent meetings with Saudi Foreign Minister Saud al-Faisal and efforts to reassure Saudi Arabia that negotiations with Iran will proceed only if concessions are being made by the Iranian regime.

While it is important to take into consideration the opinions of our allies, the U.S. needs to make sure our policies are in our own national interest. Preventing a nuclear-armed Iran is a goal worth pursuing, and Obama needs to focus on pursuing policies that will do the most to increase peace and stability in the world without constant U.S. intervention.

As this is the first time a country has ever refused a seat on the Security Council, diplomats and officials are uncertain where to go next. In the absence of any formal procedure on what to do in this instance, many hope that Saudi Arabia will reconsider its decision and accept the seat. In the event that the kingdom sticks to its current position, Kuwait appears to also be a viable candidate, if it can gain the necessary support to secure its own election to the seat.

Until the resolution of the status of Saudi Arabia’s seat on the Security Council, Obama will be in the international spotlight. Most would agree that this crisis of international relations is a result of his policy of disengagement in the Middle East following the Iraq war and the toll it has taken on American support for U.S. involvement in the Middle East. Issues of the budget and government spending are due to come up again sooner than many people would like, but when they do, we need to stay aware of what is taking place outside of our national bubble.