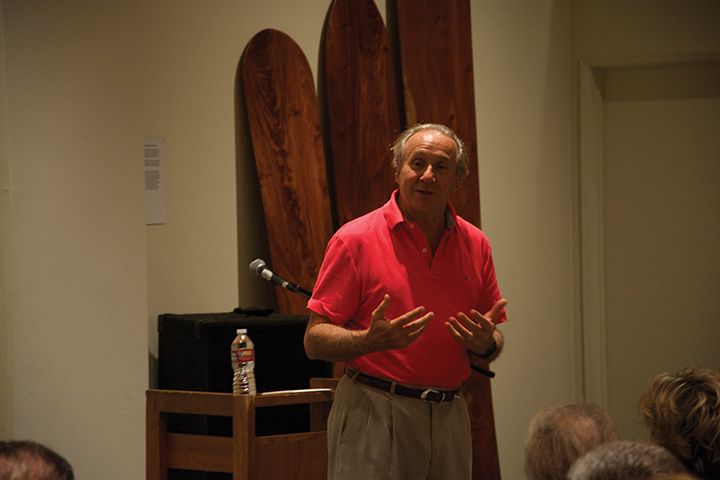 Former President Ronald Reagan’s adoptive son Michael Reagan spoke in honor of the 50th anniversary of his father’s speech “A Time For Choosing” on Monday in the Payson Library Surfboard Room.

Michael Reagan is a member of the Payson Advisory Board and answered questions from people all over the Los Angeles area, including students, after watching his father’s speech, delivered Oct. 27, 1964.

The former president’s speech explained his shift from the Democratic party to the Republican party, and addressed the issues surrounding Communism during the 1960s. Michael Reagan said he has performed numerous speeches on behalf of his father’s legacy and his iconic image all over the world. “I work quite a bit on preserving his legacy.”

“This idea that government is beholden to the people, that it has no other source of power except the sovereign people, is still the newest and the most unique idea in all the long history of man’s relation to man,” Ronald Reagan said in his speech.

According to his son, Ronald Reagan’s ability to understand audiences was an important aspect of his political career.

“Oct. 27 is a pretty big day in history for the Reagan family, for my father, because he gave what has now been referred to for 50 years as ‘the’ speech,” Michael Reagan said.

Ronald Reagan wrote all of his own speeches, including “A Time for Choosing” until he became governor of California in 1967. According to Michael Reagan, this was one of the things that made his father’s legacy personable to his party and to the general public. 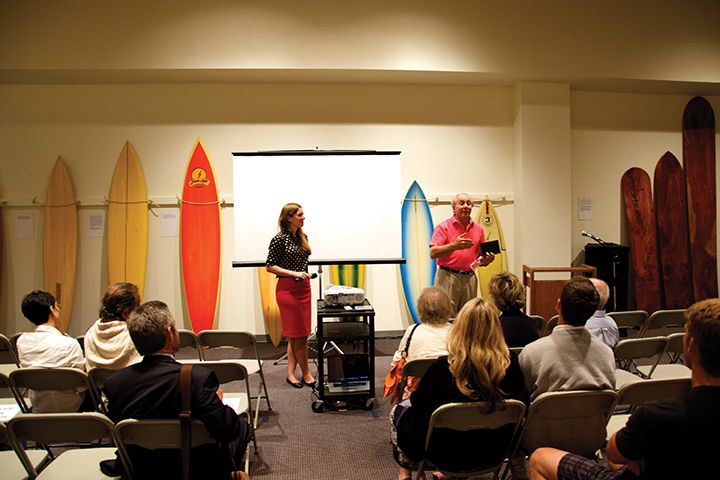 When asked how he feels his father’s legacy has changed over the years, Michael Reagan said, “I think his legacy grows in the world that we live in today. I think the more people find out about my father, the bigger his legacy gets.”

Every president is tested by other people and other governments, according to Michael Reagan. And he stressed that being a member of the government is not about making friends — it is about gaining respect.

“I think when you listen to it, you’ll hear that all you have to do is change the numbers [the dates],” Michael Reagan said when asked how he feels his father’s speech is still relevant today. “The same arguments are being made today.”

Michael Reagan emphasized in his responses that he feels strongly about the younger generations learning about his father and his famous speeches. He said he doesn’t feel this generation (the Millennials) knows enough about Ronald Reagan or about history in general.

If the younger generations were to learn more about their history, Michael Reagan said they would understand that his father’s speech would be very relevant today because the issues haven’t changed much. He said, “readers are leaders.”

Michael Reagan’s advice to the younger generation on voting is to learn about the issues at hand. “I realize young people too often vote for people they like and the issues they like.”

According to Michael Reagan, learning more about the issues is key when voting. When he asks the youth of today if they have voted and the response is no, he says, “Thank you, and don’t vote next time either.”

Michael Reagan went on to speak about his father’s skills as leader of this country and how he influenced the Republican Party.

“Ronald Reagan was not only a messenger but a man of great communication skills,” Michael Reagan said.

In his speech, Michael Reagan defined his father as “a cheerleader for America.”

“Today’s Republican party might not even nominate Ronald Reagan. Would they nominate someone who had signed an abortion bill, raised taxes, signed no-fault divorce and was a union leader? Would they actually nominate that person today? Because Ronald Reagan did all those things as governor of California,” Michael Reagan said.

This event was part of a series of workshops hosted by the library that are open to everyone in the local areas, including students here at Pepperdine, according to Dean of Libraries Mark Roosa. He said he hopes there will be many events like this in the future.

The Pepperdine School of Public Policy also honored the 50th anniversary of “A Time For Choosing” at the Reagan Presidential Library on Monday at 11 a.m. The Ronald Reagan Professor of Public Policy Steven F. Hayward explored the impact of Ronald Reagan’s speech and how it has impacted current governmental American politics. This event was hosted by the Reagan Foundation.