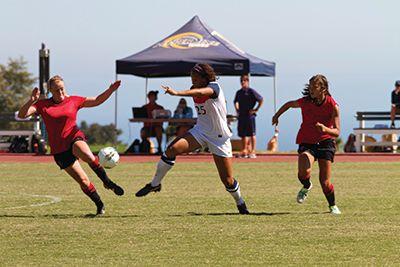 Although they compete in different sports and in different parts of the United States, the University of Alabama football program and the Pepperdine women’s soccer team share something in common: they both head into this weekend with a shot at their third consecutive win of the season.

While U of A (2-0) is also attempting to win a third national title by season’s end, the women’s soccer team (4- 2-1) heads into Friday’s game against UCLA with a slightly different opportunity.

What’s at stake is not a national championship but a chance to re-join Notre Dame and Duke as a SoccerTimes. com Top-25 ranked women’s collegiate soccer team.

The Waves fell in the rankings during their Midwest road trip, suffering a 2-0 defeat at the hands of Michigan on Sept. 6. Three days later, Toledo added to the setback with a 3-2 victory over Pepperdine.

Against Southern California, in the 94th minute, junior Lynn Williams took care of that losing streak.

After receiving the ball in Pepperdine’s defensive third, Williams took off, ran down the sideline and succeeded in scoring. That sealed freshman goalkeeper Hannah Seabert’s shutout to cap the historic victory. It was the first regular season contest between the two teams since 1998.

“[USC] is a very good soccer team…the response [against the Trojans] was a beautiful thing,” said Head Coach Tim Ward in a statement to Pepperdine Athletics.

Manziel-esque problems, however, were on the horizon. The three-peat attempting programs — U of A football and Pepperdine women’s soccer — had difficult tasks ahead of them.

The Crimson Tide had to deal with Texas A&M’s Johnny Manziel and fend off the 2012 Heisman Trophy Winner’s offense. For Pepperdine, the Manziel-esque problems came in the form of the Aztecs women’s soccer team, who handed the Waves an unsatisfying 1-0 loss last year.

On Sept. 14 and 15 respectively, Texas and San Diego came up short. Alabama was able to hold on for the 49-42 victory, and Pepperdine blanked SDSU in a 2-0 non-conference win.

All-American senior Michelle Pao fed junior Lynn Williams a breakaway en-route toward the team’s second goal of the night. That assist, 16th in Pao’s collegiate career, lands her a share of ninth place on the soccer program’s all-time list.

However, for Pao the individual feats do not overshadow the greater team aspect of the game.

She wrote to the Graphic: “[K]nowing Williams’ strength on the field….allows for effective teamwork. We take pride in building connections with our teammates and the different styles of play that each player brings to be a more effective team.”

That was clear when freshman Meagan Harribson assisted Williams, a 2013 All-American candidate, with the first goal against San Diego. Further proof of effective teamwork was how the defense backed Seabert’s third shutout of the season. All through the evening, she ate grass in defending her post, just as she had done against the Trojans, when her shutout carried into overtime.

Be it Football or Futbol, exciting games are guaranteed to unfold this weekend. The Crimson Tide will continue its quest for a third National title while the Waves women’s soccer team faces UCLA with hopes of notching a third straight victory.

Athletes compete in the classroom 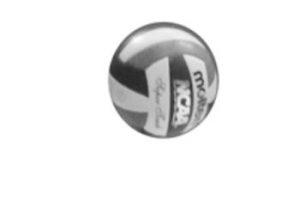 This past weekend proved monumental for women’s volleyball as it took two wins against No. 19 Kentucky and Louisville. “The...
Copyright 2013 Jupiter Premium Magazine Theme
Back to top