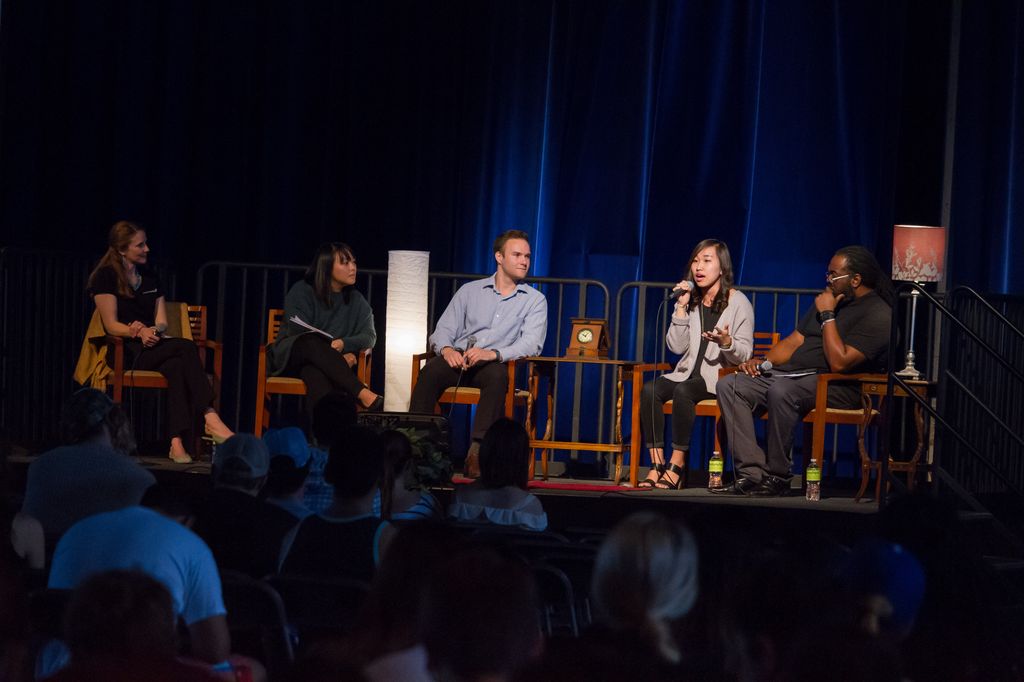 Hosting the 7th annual Relationship Week, the Relationship IQ team continues to provide students with insight on developing healthy relationships, with the theme titled “Look Up: Get a friend, get a date, find God.”

Relationship IQ, a student outreach program that has existed since 2005, is a ministry program of the Boone Center for the Family that was developed to “combine theology and social science research” and mentor young adults, with hopes of equipping them with the tools necessary to build solid relationships, according to the Pepperdine Community website.

Seaver Educator for rIQ Avonlea Ware, who will lead an rIQ Club Convo titled “Rooting Your Life in Solid Friendships,” specifically talked about the “Looking Up, Down, and All Around for Love” Convo, which talked about being “intentional” with technology that “keeps us entertained and connected,” the community website said.

“I think [Relationship Week] went really well,” Ware said. “I think we brought the concept of ‘looking up’ to everyone’s attention and really got them thinking.”

Creative Director at the Institute for Entertainment, Media and Culture Craig Detweiler led the Convo “iGods: How technology shapes our spiritual and social lives.”

“The Convo with Craig Detweiler was really good,” Gilbert said. “It was an important reminder to be mindful about the way we use our phones.”

Relationship IQ Director Hannah Parmelee, who’s played a leading role in rIQ since it began 10 years ago, was the speaker for the “What About Sex” Convo where she discussed the effects sex has on both the brain and relationships.

“I was really thankful for the opportunity to talk to around 350 students about sex at our Convo,” Parmelee wrote in an email. “The information we share about sex and the impact it has on our brains and relationships is enormously important, and most people don’t know anything about it.”

Having received a BA in Psychology from Seaver College and an MS in Marriage and Family Therapy from Fuller Theological Seminary, Parmelee wrote the “Relationship IQ Leader’s Manual” herself and certifies others to teach her material.

“I’m always looking for new ways to help students develop healthy relationships and new people that are passionate about our mission as well,” Parmelee wrote. “It is very rewarding work.”

However, rIQ is not the only thing in which Parmelee is involved. Parmelee wrote about a variety of other things she does that are affiliated with the Boone Center for Family.

“I am currently running our first cohort of church leaders who are using Relationship IQ in their churches,” Parmelee wrote. “I also speak at conferences and conduct trainings to certify people in using the material.”

Parmelee further elaborated on the “training” conducted for rIQ interns, which she wrote to be one of “the best weeks of the year.”

“We spend the first week of training all day on all of our relationship information — communication, conflict, dating, sex, boundaries, friendships, relationship with God,” Parmelee wrote. “We also train on how to deliver this content in ways that connect not just with the head (lecturer), but also with the heart and behavior.”

Although much is entailed in this training, it’s important that the interns know how to effectively lead discussions, due to rIQ’s “highly interactive” way of teaching material.

“We were taught all of the material that would help us better relationships for everybody and were then given authority to start teaching it to other people,” Ware said. “I’ve been getting really helpful insight into bettering my own personal relationships, that I just want to go tell everybody.”

rIQ will host Club Convos in the upcoming weeks. The topics for this semester include “Mean Girls Aren’t Fetch: Establishing Healthy Boundaries” (girls only), “What About Sex?,””Say What?,” and “Rooting Your Life in Solid Friendships.”

To sign up for any of rIQ’s Club Convos, send their team an email or visit their website for more information regarding meeting times and locations. The program also has Facebook and Twitter accounts.