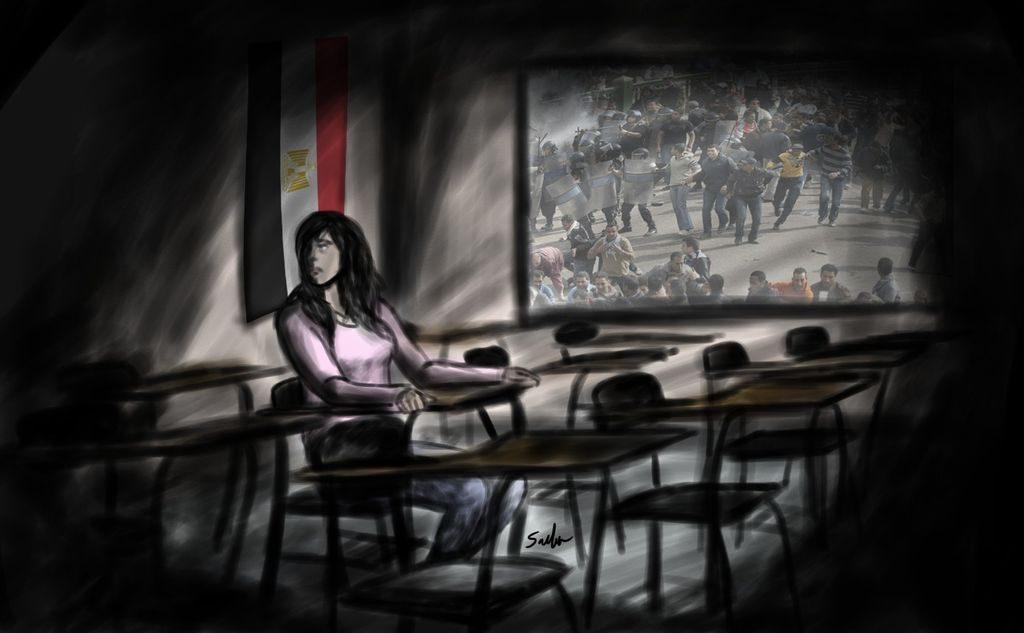 When I walked onto campus a mere three weeks ago for New Student Orientation and looked at the view from Alumni Park, I had to laugh at myself. Here I was, coming from my home town in Kailua, Hawaii, to go to school in Malibu, Calif. It seemed I was simply moving from one paradise to another.

I have been overwhelmed by the friendliness of Pepperdine’s staff and faculty and the genuine community among its students. Each day I am astounded at the beauty of the place in which I get to live and study. I don’t think anyone could find much with which to be justifiably dissatisfied.

With that said, I still manage to find things to complain about: the extensive hiking all around campus, my schedule, the complications with my transfer credits, the heat, expenses. It took me long enough to realize that my complaints were completely unjustifiable and my perspective far too limited. Living within the “Malibubble,” I easily forget that my situation is far from comparable to most of the rest of the world.

I recently spoke with my friend Farah Yassin in Egypt who was preparing for university in Cairo. I asked her how she was feeling about starting school, and she replied, “There are a lot of problems with the Muslim Brotherhood, so my university is delayed.” She went on to tell me that because of the riots between the Muslim Brotherhood and those who oppose Mohamed Morsi (the ousted president), many parts of Cairo are being damaged, including schools, businesses and public roads.

Her academics are not the only part of her life being impacted; Yassin has lost several friends to the violence of the revolution. Most recently, a young Egyptian policeman was killed during a riot in Cairo. He died a few weeks before he was supposed to be married.

Yassin’s future is also affected by the current condition of her country. “I hate learning because we study all our life in university, then we can’t find a good job. There are good jobs, but you have to fight against life to win, and it’s hard,” Yassin said.

Dr. David Simonowitz, Pepperdine assistant professor of Middle East considers this is a real issue in Egypt. “There are a lot of graduates in Egypt who can’t get salaries to match the amount of work they’ve done. It was a problem before the revolution, and it’s even worse now,” he said. College graduates in the U.S. have had this problem lately with the economic downturn, but it is nowhere near the challenges students in Egypt have to face.

Santa Barbara local Nick Brown is a student of Egyptology at the American University in Cairo. He decided not to return this semester due to the political unrest in Egypt. He says that since there is a limited community of Egyptians who can afford to go to university (unless on scholarship), there is a limited portion of the population that is “educated and actually aware of all the issues. With a university education comes understanding, critical thinking and open minds. The youth would better understand what exactly they want, and, more importantly, how they want to get it.”

Even though U.S. citizens possess access to such an education, which many at Pepperdine are pursuing, unless we are able to truly grasp its value and seize the opportunities offered, we are squandering our wealth. By wealth, I don’t mean the fact that Pepperdine is pricey, but I refer to the wealth of knowledge that has been made available to us.

Christine Milad Nassief graduated in 2011 from Ain Shams University School of Medicine in Egypt. She came to California this fall to gain her residency. “Education here is luxurious but disappointing. I don’t find many others who are into [getting an] education. The resources in Egypt are minimal compared to here, but we work harder to benefit from everything available,” Nassief said.

Referring to the news, Nassief said, “The youth [of America] need to read more … read, and don’t trust everything the media says. Have your own opinion, and if you can help, do so.”

So, my fellow Waves, be reminded to take nothing for granted, pursue excellence, take advantage of every opportunity and never forget about other students around the world who have to “fight against life” for what we have so freely received. The somewhat overused Pepperdine adage is overused because it is true. We really are “so blessed.”