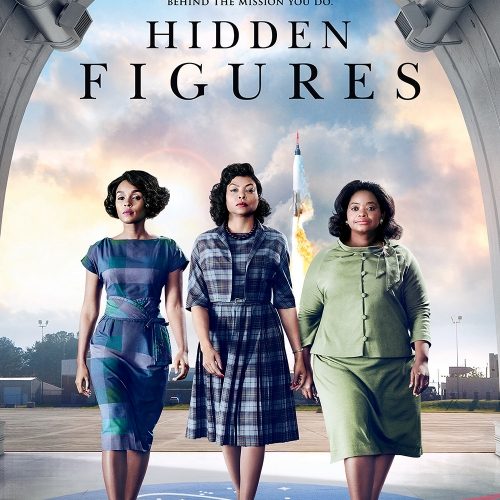 The 89th Academy Awards, or “Oscars,” are right around the corner on Feb. 26, and that means that the awards season of recognizing many films, actors, actresses, directors, etc., is almost over.

“Hidden Figures” has been one of those recognized films. This film is especially significant because it’s a mainstream, Oscar-nominated film that focuses on chronicling the stories of three Black women who made major contributions to the math and science fields. These are rarely-heard types of stories, so it’s no surprise that it’s received a lot of well-deserved attention.

The film has been nominated for three Oscars, and has a Screen Actors Guild Award (SAG) under its belt, among several other nominations and wins.

Released on Jan. 6, “Hidden Figures” chronicles the untold stories of Katherine Goble Johnson, played by Taraji P. Henson; Dorothy Vaughan, played by Octavia Spencer and Mary Jackson, played by Janelle Monáe, three African-American women mathematicians who broke barriers and achieved much success working at NASA. The three play major roles in the beginnings of the U.S. space program, including working as the brains behind launching the first American into orbit, John Glenn.

Directed by Theodore Melfi and written by Melfi and Allison Schroeder, the film is based on the non-fiction book by Margot Lee Shetterly, with the same name.

“Hidden Figures” takes the audience back to 1961, a time when racial segregation and sexism within the workplace were the norm. However, in telling the stories of these three women, the film shows the importance of bravery and standing up for what’s right, in a moving way.

There are several scenes throughout the film that that are real eye-openers to the hardships and injustices that African-Americans went through during this era because of racism. Stories like these are often simply told in writing, but it makes all the difference to be able to fully visualize these types of circumstances — to put real people, faces, feelings and emotions to words normally just read about in print.

The film does an excellent job at clearly detailing just how much of one’s life was affected by this time of racial segregation, where for example, even essential, daily tasks like using the bathroom were tragically affected by injustices. Further, it also highlights the importance of being brave in these situations of racism.

In showing the protagonists overcoming injustices and barriers like these throughout, the film communicates how important it is to take a stand for what is right. But further, it brings light to the untold stories of overlooked heroines, who accomplished so much as genius mathematicians for an important government agency, despite their circumstances and the prejudices toward their demographic. “Hidden Figures” really gives a sense of empowerment, motivation and inspiration.

Image Courtesy of the BSAThis years Oscar nominations are so refreshing and diverse coming off last year's “Oscars...
Copyright 2013 Jupiter Premium Magazine Theme
Back to top