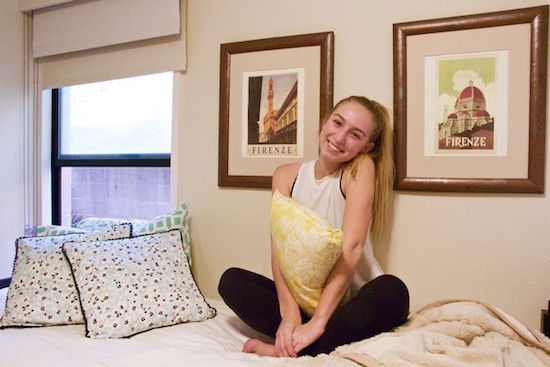 A pair of colorful vintage posters from Florence, Italy hung above the bed in wooden frames against the white walls of Mary Mattingly’s dorm room. On the right was an image of the city’s beloved Duomo. A unique view of the Palazzo Vecchio hung on its left. Five postcards with panoramic views of Florence covered part of the wall opposite the bed, and a watercolor of the city’s skyline, which Mattingly purchased on the famous Ponte Vecchio, hung by the desk.

Like many students who participate in an international program at Pepperdine, Mattingly said she looks back on her study abroad experience with a great deal of nostalgia. In an effort to keep the memories alive, she surrounds herself with Florentine memorabilia that serve as tokens of her time abroad. But despite the fact that her walls are covered in happy memories, Mattingly said her transition back to life in the United States has been everything but easy.

“My entire room is all covered in Florence, and I think it helps because it reminds me that it’s still there, it’s still in existence,” Mattingly said. “It’s still something that I enjoy thinking about, even though it makes me depressed. It’s almost like crying about it helps in a weird way.”

Most people who have travel experience are familiar with the term “culture shock.” It can be defined as the initial feelings of confusion, doubt and nervousness one experiences when suddenly introduced to an unfamiliar culture, according to the U.S. Department of State.

People tend to be less familiar, however, with the phenomenon one might experience upon returning home. For those who have spent an extended period of time living abroad, reverse-culture shock can be even more disorienting than the first few weeks of adjustment to life in another country.

Mattingly talked about the abrupt change in lifestyle that she experienced the summer after returning home.

“Every time I was bored, I would walk to the Duomo or go to the Ponte Vecchio,” she said. “And [this summer], I would literally just sit in my room watching Netflix, and it was so boring.”

Reverse-culture shock occurs in four fundamental stages, according to “The Art of Coming Home” by Craig Storti, a nationally-known expert on cross-cultural adaptation and communication.

The first stage, which Storti calls “criticality,” is characterized by frustration and disenchantment with one’s home culture. The returning traveler might spend a lot of time comparing positive aspects of a foreign culture to the negative aspects of the home culture.

Junior Catherine McCreary said she encountered this struggle when she returned to the States after spending eight months abroad in Buenos Aires, Argentina. She said her main complaint about American culture is the fast-paced way of life.

“I think it was just really hard transitioning lifestyles,” McCreary said. “The lifestyle in Buenos Aires was so different. It’s so much more laid back there.”

Karl Kalinkewicz, assistant director of recruitment and student development in the university’s International Programs office, shared his own struggles upon returning home after spending a summer in Florence when he was a student at Pepperdine.

“I missed the new adventure aspect in every day or every weekend,” he said. “I could get a $4 flight to Belgium if I wanted, and those were things I didn’t have here.”

Storti calls the next stage of reverse-culture shock “marginality,” when one might experience tension during the transition back to life at home.

Kalinkewicz said that many students who study abroad undergo a massive change in identity.

“When abroad, that’s probably the first time that you are completely separate from your family, from your community, the things that you’re used to,” Kalinkewicz said. “And that separation sometimes forces you to actually think for yourself.”

Mattingly said the hardest part about returning to campus was interacting with old friends with whom she no longer felt she had anything in common.

“Some people didn’t change at all. And I came back and they expected me to be the same, and I’m not,” she said, “and people are literally just now grasping that.”

A 2002 study conducted by the Institute for the International Education of Students surveyed 3,400 alumni who participated in its programs from 1950 to 1999.

McCreary credits her newfound adaptability to the time she spent in Argentina.

Almost 90 percent of the surveyed alumni said studying abroad influenced their academic endeavors. Mattingly said her own aspirations have changed since returning home.

“Honestly, at this point in my life, I would rather own a cafe and live in the apartment above it in Florence,” she said. “I would prefer that over being the CEO of a company in Los Angeles. And I never, ever thought of myself saying that.”

Storti’s next phase of reverse-culture shock is characterized by exhaustion and overexertion. This stage can be especially difficult for students readjusting to the rigors of academic life in America.

Mattingly said she prefers the experience-based learning that defined her year abroad.

“Here, it’s like, my goal and my only focus in life right now is academics for my future career,” she said. “Whereas abroad, my goal of the day was to finish my classes so that I could go and experience life, and appreciate life in a much different way.”

Kalinkewicz said the pressure to achieve is a common stressor for many returning students.

“You’re balancing a lot of expectations: wanting to achieve, wanting to be in all the social circles,” he said.

Each of these factors can lead to Storti’s last phase of reverse-culture shock, when returnees might resist adapting to their home culture, withdraw from their community and even experience depression.

Mattingly said she felt depressed after coming home from Italy.

“I feel like so many people try to cope with it by ignoring it and pretending that it doesn’t exist anymore, or that it never happened,” she said. “I just like to delve into the pity a little bit more.”

Spending time with fellow travelers can create a sense of belonging that returning students might not be able to find elsewhere. Kalinkewicz said that, for this reason, many students tend to clump back with their abroad groups upon returning to social life on campus.

“Shared experience is very important when you look at any kind of student development or psychological development,” he said.

McCreary said that surrounding herself with people from her abroad program helps her feel that sense of belonging.

“Talking about abroad experiences with a group of people helps you relive it a little bit,” she said. “Sometimes it makes you miss it more, but it is fun to relive those experiences.” 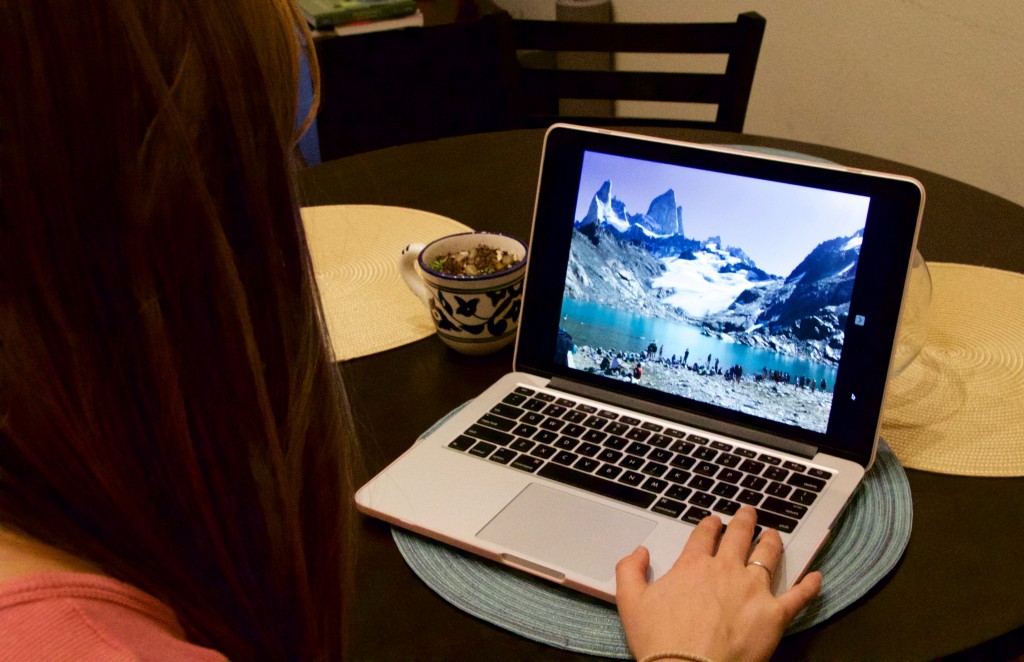 Kalinkewicz has used his observations to develop Landed, a six-week, student-led reentry program that returning students can attend for Convocation credit. The goal was to provide a space for students to reconnect with abroad groups and talk about the readjustment process.

“You’ve had a shared experience of some sort, and then you hopefully are familiar enough with the people in your group that you feel comfortable getting to the next level in sharing,” Kalinkewicz said. “The curriculum is there to hopefully stimulate some conversation.” 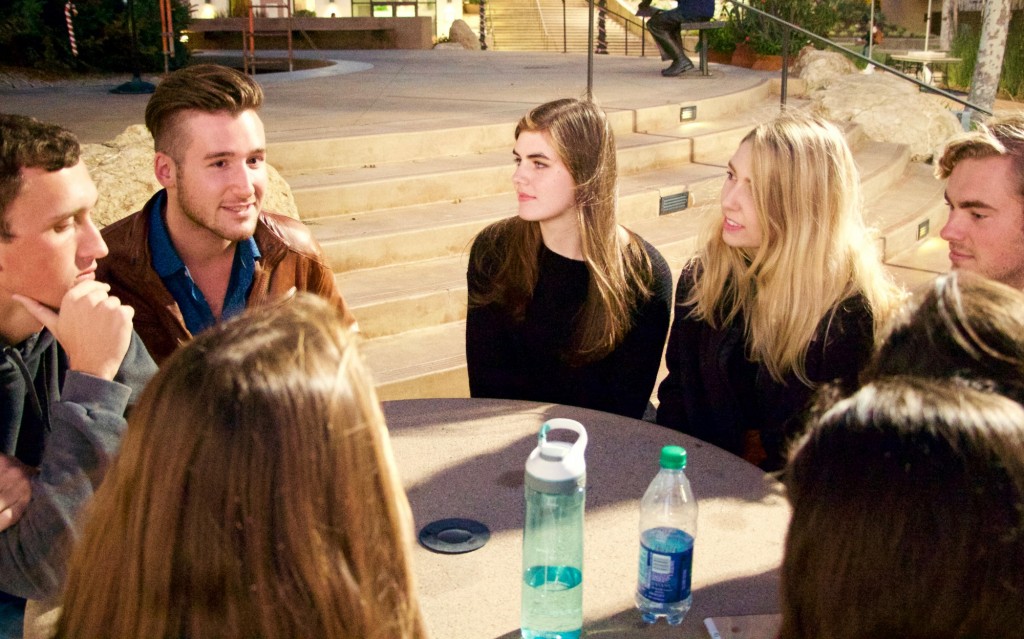 As for coping with the effects of reverse-culture shock, Kalinkewicz advises students to get involved on campus.

“You don’t need to throw yourself into every single thing,” he said, “but find something that you can get yourself involved in that keeps you connected to more than just the 50 people you went abroad with.”

Kalinkewicz said students can also use their study-abroad experiences to help positively shape the way they live their lives in Malibu.

“I try to encourage people to do things that aren’t routine,” he said. “Get out and bring your friends with you, and create more of those shared experiences that you did while you were abroad.”

10 Questions: AKB Shares Some of His Favorite Things 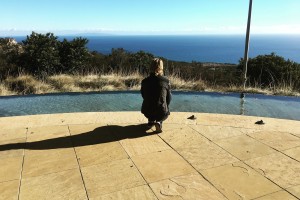 Photo courtesy of Scott Hutchins Editor's Note: When being interviewed for this article, Scott Hutchins stated he preferred...
Copyright 2018 Pepperdine Graphic
Back to top