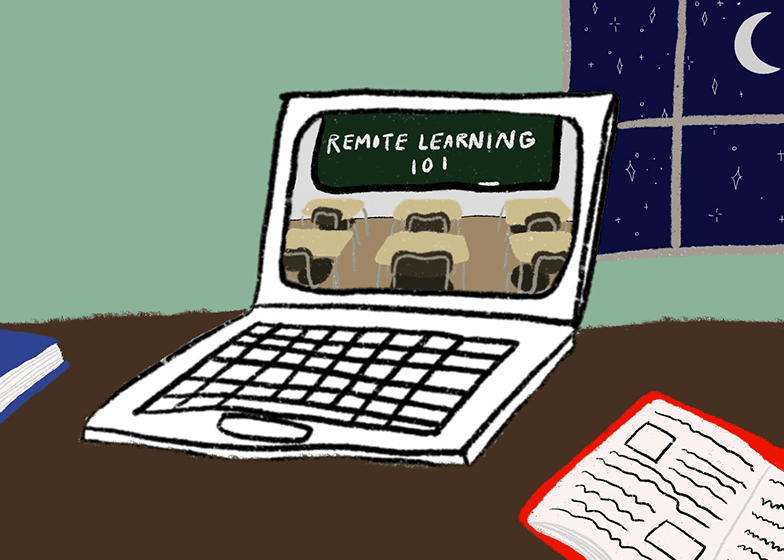 Almost a year after the suspension of in-person classes, many Pepperdine students still reckon with the challenges of remote learning and the academic adjustments they needed to make.

“We have so many students who need to work to help their family survive during this time period and in cases like that, we will work with them as best as we can if they need to take a semester off to focus on that, we’ll do it with them with — no fee and no penalty,” Harris said.

Harris said OneStop and the University recognize those difficulties and are committed to accommodating students’ academics to ensure that their personal needs are met in this time of crisis. That process includes providing students with additional asynchronous class options, offering transition to part-time status and even encouraging students to take supplemental classes at other institutions or over the summer, Harris said.

“Most people are not changing their major because of online learning,” Harris said. “Most of them are just saying, ‘What can I do now?’ We have actually a fair number who have done better online than they ever have in their lives.”

Despite the host of challenges posed by remote instruction, Harris said most students remain committed to their ambitions, even if that means dealing with technical difficulties and time differences.

Students Use Remote Work to Their Advantage

Some students, such as junior Blake Farley, have used that time difference to their advantage.

Farley, a Religion major and a member of the Global Fellows program, said he planned to live on Pepperdine’s Washington, D.C., campus for his junior year. However, since the closure of campus and suspension of international programs, he now finds himself grounded in his hometown of Searcy, Ark.

Farley and other Global Fellows participate in classes and other opportunities virtually. Farley said he is enrolled in eight units through the Washington, D.C., program, along with a full-time internship at the U.S. Department of State as well as a part-time commitment to the Waves on Call fundraising program.

“Unfortunately, one part about that virtual transition was that we weren’t able to take enough classes in the D.C., program to be considered full-time students,” Farley said.

Originally an obstacle, the time difference between Malibu, Washington, D.C., and Searcy became an asset to Farley. Farley said he bridged his credit deficit by enrolling in several Malibu classes offered between his day job and his night classes. This arrangement successfully fulfills his academic requirements, career ambitions and philanthropic desires, though it leaves him with little time in between.

Farley said he simply accepts that “it’s a challenge, and we’re doing what we can to adjust.”

Harris acknowledged that schedules like Farley’s are much more feasible for those close to Malibu.

“The most obvious impact has been for students who are not in [Pepperdine’s] time zone,” Harris said. “If you’re within two hours of Pacific Standard time, you can make the standard classes work.”

Students with considerable time differences work with OneStop to coordinate synchronous and asynchronous classes that fall within reasonable hours each day, Harris said.

For first-year Eric Njuku, a student in Kenya, the time difference presents more problems than opportunities.

Njuku took advantage of the tailored accommodations OneStop provided, including exempting him from attending several classes in the middle of the night. However, Njuku sometimes can’t attend even the classes during his waking hours. Often, power outages rob him of “a whole day of classes,” Njuku said.

“Most of the time now you find you’re watching the recordings,” Njuku said. “You have to keep catching up, and you find that takes a lot of time!”

To stay up-to-date, sometimes Njuku will watch lectures at an accelerated playback speed — an imperfect fix when pursuing a rigorous degree such as Computer Science, he said.

The temporal distance inflicts additional isolation greater than that imposed by geography. Despite being a member of the Black Student Association, Njuku hasn’t been able to make connections or form friendships through the group.

“I can’t join a club meeting at 4 o’clock in the morning,” Njuku said. “It’s just not possible.”

Though facing these numerous obstacles to success, Njuku said he remains committed to making it through the spring semester, with the hope that his sophomore year will prove less isolating and challenging.

While there are numerous challenges for students during a remote semester, Harris said most often students face a combination of problems like academic pressure, time differences and social isolation.

“It’s always like that,” Harris said. “It’s just I think it’s worse now because people are experiencing issues who never experienced issues before. What ends up happening is this will go on, it’ll be problematic, and three months in somebody will say something and then maybe it’s a little too late in the process to salvage it.”

Harris said that although students continue to face unique difficulties, OneStop’s fundamental goal remains: providing support and promoting success for those in the Pepperdine community.

“Even though we’re not in person, our care hasn’t changed,” Harris said.

Hearing the news of LA County’s falling case rate and the University’s limited reopening, Harris said she holds out hope that a new school year will bring a return to campus, a more manageable environment for academic wellness and a revival of the community that Farley, Njuku and so many others find fulfilling.