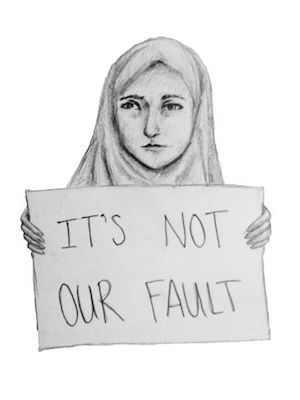 In my memory of action and thriller films, Muslims have been the enemy. While my parents, growing up under the threat of a potentially nuclear World War III, feared thick-accented Soviet spies above all else, I grew up in fear of women in hijabs and of suspicious men talking on cell phones and looking meaningfully (and obviously) at American soldiers.

This phenomenon on our screens represents a particular sentiment in the United States that erupted in the aftermath of the attacks on Sept. 11, 2001. Shawna Ayub Ainslie poignantly described her experience with Islamophobia after 9/11 as an American Muslim, in her article for The Huffington Post, “20 Ways 9/11 Changed My Life as an (American) Muslim,” from Sept. 11, 2015. She remembers the exact moment the Twin Towers collapsed and hearing her husband whisper “please don’t let this be Muslims.”

The fear of American Muslims in the immediate aftermath of 9/11, clearly evident in her husband’s apprehensive comment as he switched off the television, demonstrates simultaneously the tradition of anti-Muslim sentiment and the understanding of 9/11 as a critical turning point for Muslims in America.

Since the fifteenth anniversary of the attacks, a hashtag has been floating around Twitter that speaks to the “other” victims of 9/11, American Muslims. Those victims of racism, discrimination, hatred and fear expressed their realities with the simple phrase #afterseptember11. It’s an incredibly important addition to the #neverforget tweets that populate social media every anniversary.

However, #afterseptember11 brings up an important point about the 9/11 attacks that is not usually addressed, at the very least on Sept. 11 each year. The pain that American Muslims feel extends far beyond 2001, as it does with all Americans. Ainslie wrote “and then 9/11 happened. My world collapsed with the towers.” A fundamental shift occurred in the sentiment toward Muslims in the United States.

A spotlight has since shined on American Muslims, searching for people in hijabs or taqiyahs and condemning them when found. Ainslie addresses this in her Huffington Post article by describing how she has erased any evidence in her home and on her person of her faith in order to be more inconspicuous. Keeping her head down as she walked outside her home, Ainslie stopped going to the mosque to pray and stopped using Arabic words in everyday speech. 9/11 was just the beginning. Recent FBI statistics state that hate crimes against Muslims increased by 14 percent in 2014, according to Leah Nelson’s article for the Southern Poverty Law Center “Backlash” from Feb. 17, 2016. In the wake of recent attacks in Paris and San Bernadino, these are only expected to rise dramatically. As Hamdani’s mother, Talat, told NBC, “the Muslim community is under siege.”

It is safe to say that the climate produced by the attacks have provided a breeding ground for hatred, and fear and violence. By combining the two hashtags #neverforget and #afterseptember11, we can begin to piece together the two victims of 9/11 that are more often than not separated. Never forget that after Sept. 11, Michigan senator candidate Rashida Tlaib received hate mail proposing “a good Muslim is a dead one.” Never forget that after Sept. 11 three Muslim students were shot by their neighbor, Craig Hicks, in Chapel Hill, North Carolina. And never forget that after Sept. 11 Republican Presidential nominee Donald Trump was quoted on November 22, 2015 by CNN as saying “Hey, I watched when the World Trade Center came tumbling down. And I watched in Jersey City, New Jersey, where thousands and thousands of people were cheering as that building was coming down.”

Women's Volleyball Falls in Four Sets to No. 11 UCLA 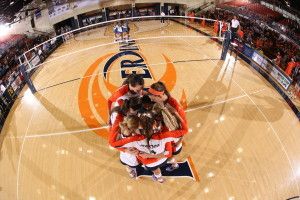 Women's Volleyball Falls in Four Sets to No. 11 UCLA