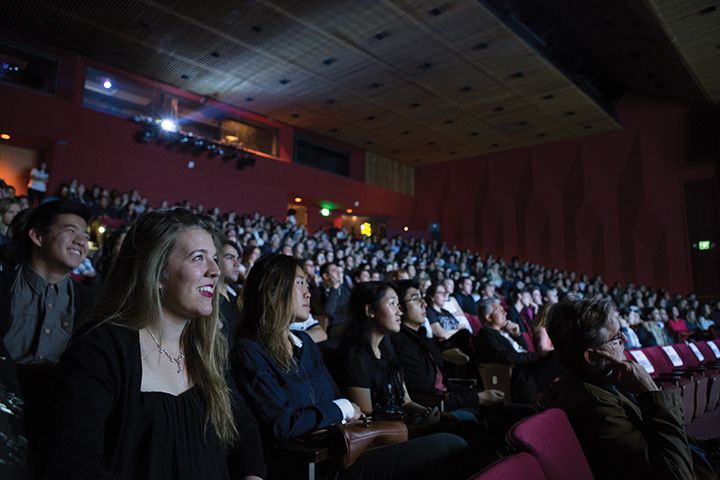 Pepperdine rolled out the red carpet Friday as Reelstories Film Festival made its sixth annual debut at Mullin Town Square. An extraordinary showcase of select student and feature-length films, Reelstories proved to be another success as viewers gathered to witness a night dedicated to the art of film. 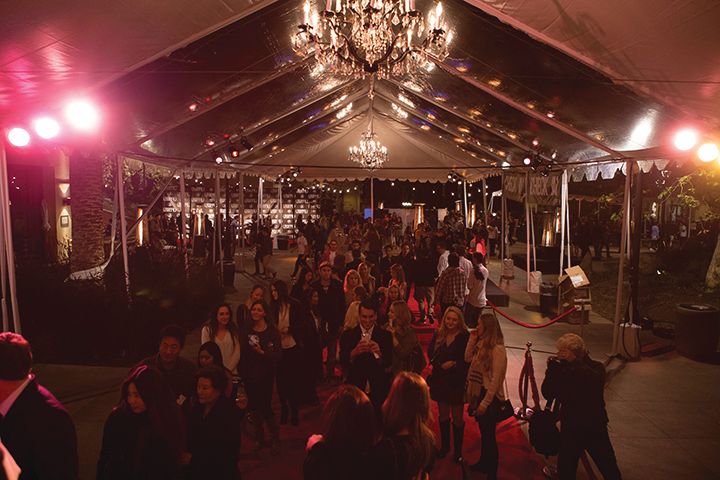 Reelstories Film Festival was founded in 2009 by Pepperdine alumna Susie Lee as an opportunity for Pepperdine and Malibu families to amalgamate in appreciation of student filmmakers and thought-provoking features. Lee directed the student-led campus event for two years, with alumni Madison Unell and Victoria Boone fulfilling the role of executive director in subsequent years.

This year, the Film and Entertainment Chair of the Student Programming Board Connyre Corbett, took on the task of executive director. However daunting, Corbett mastered this role and produced a stimulating night of features inspired by Sundance Film Festival and Academy Award nominations.

The night commenced with a premiere party outside Elkins Auditorium. Without prior registration, admittance into the event could pose a challenge, but student volunteers eased the process, ushering the line rapidly wrapping around the stairs leading to Payson Library toward tables stocked with tickets and free T-shirts sporting the motto “stories create reality.” Although it encompasses a small area, the premiere party strategically decorated campus with numerous venues for viewers to enjoy. Once inside, students were greeted with a table for interactive art – student-made paper airplanes embellished with signatures of personal dreams and fears.

In true Hollywood fashion, a photobooth also ornamented the area, giving students an opportunity to pose for their fellow peer paparazzi for a new Facebook headshot.

The biggest hit, however, is the hors d’oeuvres buffet provided by Pure Bliss Kitchen and “mocktail” bar. Until just seconds before the screenings, students were seen filling their plates with caprese and savory Asian meatballs.

Just as anticipation begin to bubble, viewers made their ways towards Smothers Theatre featuring “Last Days in Vietnam,” Waves Café featuring “Keep On Keepin’ On, and Elkins Auditorium featuring “Alive Inside.”

Before the feature-length films hit the screens, however, four chosen student films were exhibited inside each of the three venues.

“The techniques and degree of filmmaking in the student films were impressive,” junior Val Varghese said. “It made me actually think about something critically and in a new way.” 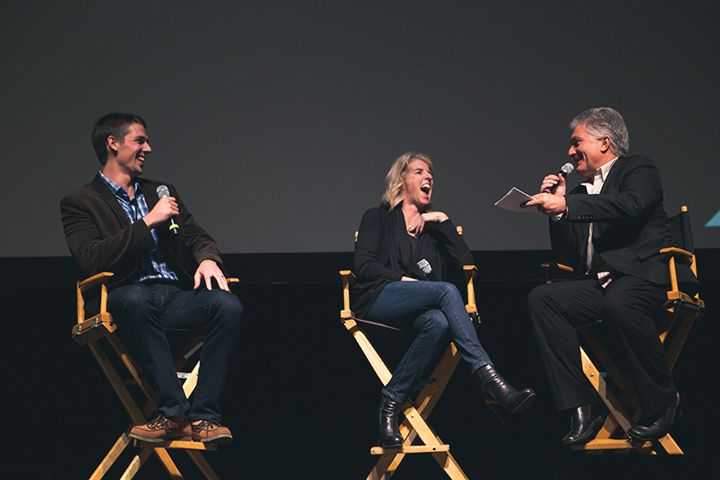 “The Jackpot,” directed by Madison Blinn, started the night of student films with a comic tale of the power of familial and neighborly love.

Next, “Fractures,” directed by Deepak Adhikary, shocksed the audience with a poignantly influential protagonist who is suffering from a mental illness.

With some much-needed comic relief, senior Mike Norfleet’s ridiculously adorable dog Roscoe jumped on screen next, starring in “Roscoe.” Directed by Erica Aulds, “Roscoe” vividly encapsulates the power of love between a couple on the brink of divorce.

The showcase of student films came to a close with “Behind the Faces,” directed by David Hutchinson. A crowd favorite, “Behind the Faces” is an ingenious documentary that effectually explores the pervasiveness of loneliness on Pepperdine’s campus.

After the student films, the audience was prompted to vote via text message for the recipient of the Audience Choice Award. The only glitch in the evening occured during voting, when the screens in all three venues mistakenly displayed an incorrect number representing one of the student films for viewers to text; an announcement was swiftly made.

Already impressed by incredible cinematography, viewers were then ready to watch one of the three feature-length films, which were all followed by a Q & As with guest speakers. The audience viewing “Last Days in Vietnam” even had the opportunity to speak with the director of the film, Rory Kennedy.

The night concluded with an award ceremony and red-velvet and chocolate cupcake tower as viewers began to dissect the night of stimulating film and prodigious talent. REELSTORIES was night to “tweet” about; RSFF7 has size 14 shoes to fill.