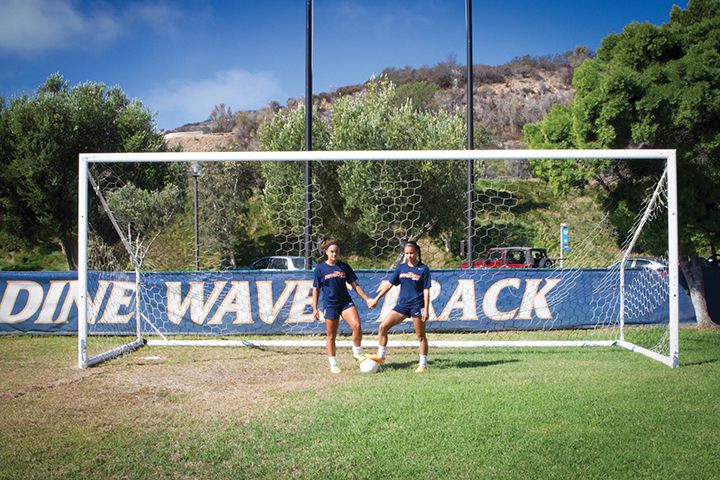 For sisters and teammates Meagan and Hailey Harbison, chemistry comes naturally. Meagan, a sophomore defender, and Hailey, a freshman outside back, have been playing soccer together for as long as they can remember.

Growing up in San Diego, the Harbisons enjoyed the few years they got to play together at the high school level. From the start of this season, the girls have taken advantage of the opportunity to play together once again.

“I love it; I feel like we have a different connection on the field,” Hailey said. “We obviously have a connection with our other teammates, but it’s different. We know exactly what we are going to do.”

Teammates also recognize this “telepathic-like connection” that allows the girls to read and anticipate the other’s next move. In addition to sharing experiences on the field, the girls also share a kindhearted, spunky nature and a tenacious work ethic.

Coincidently, the sisters each live with one of two keepers on the team; Megan lives with Seabert and Hailey lives with freshman keeper Brielle Preece. According to both keepers, the two Harbisons never sleep. 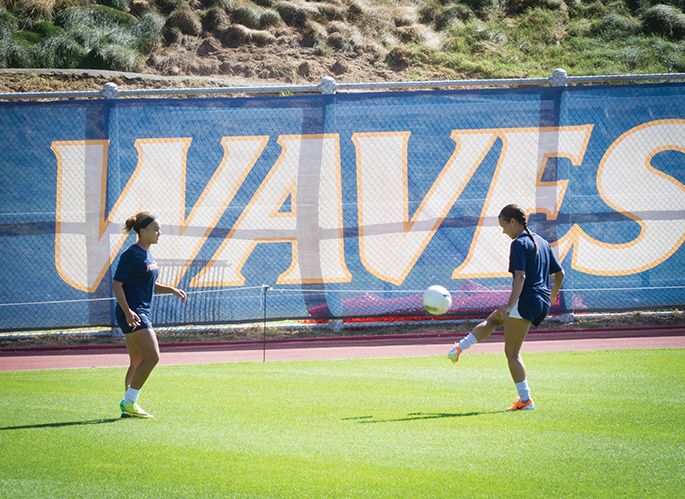 How it all started

Meagan has a twin who runs cross-country and track for the Academy of Art in San Francisco, and the three sisters also have a brother who plays football as a junior in high school.

Coming from a family that is so big on sports, the two were more than encouraged to play soccer.

“[Our dad] is a huge soccer person, so we didn’t have a choice; we were all in soccer,” Meagan said. “You either loved it or you didn’t.”

According to Hailey, she looked up to Meagan last year because she was a freshman who started and played in games. Last season, Meagan was named to the WCC’s All-Freshman team and started 14 of the 19 games she played.

“Meagan is a very hard worker and we kind of joke around that she’s invincible because she’s very strong, and she doesn’t get sick. She barely sleeps, and so we just kind of joke that she’s superhuman sometimes,” Seabert said.

Seabert also noted that aside from her work ethic and spunky nature, Meagan has a genuine smile and a contagious personality.

“She makes you happy to be around her,” Seabert said.

Similarly, Preece commented on Hailey’s energetic and crazy personality. According to Preece, her favorite thing about living with Hailey is her crazy attitude. Whenever the two have the opportunity to hang out, they always have a good time.

“[Hailey] always makes me laugh, and she likes to dance, and it’s funny,” Preece said.

While both sisters are recognized for their quirky personalities, one quality that contributes to their success on the field is their never-give-up attitude, according to both Preece and Seabert.

“I think Hailey is very good about her work ethic, and she never gives up, and she also is one of the greatest outside backs that I’ve seen, just personally,” Preece said. “I think she just brings a good energy to the team, and she just doesn’t back down. If she loses the ball, she’ll fight and she’ll work her butt off to get the ball back no matter what.”

Since the sisters both play at Pepperdine, their mother now makes frequent visits up to Malibu to watch the girls play side-by-side.

“It’s kind of neat how our mom can come up and watch both of us at the same time,” Hailey said. 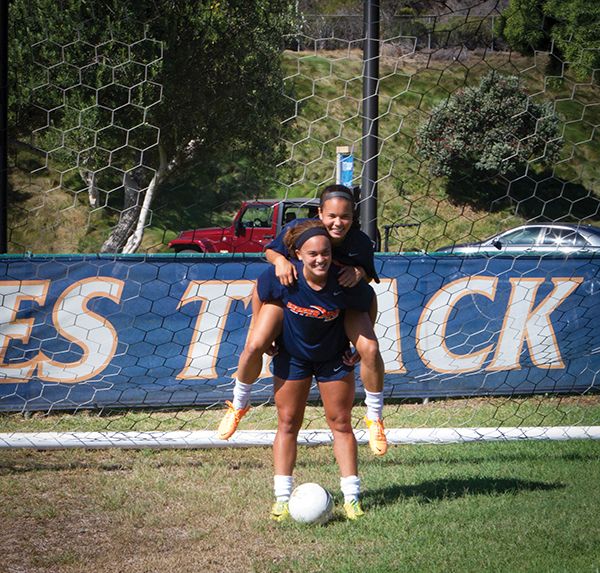 No. 12 women’s soccer added two more wins to their season after a victorious weekend against No. 15 Southern California and Boise State. After a close game against the Trojans, Meagan walked away with her second goal of the season after posting a goal in the first half. Hailey has one goal on the season against the Cal Poly Mustangs.

“I’m looking forward to making it further than we have ever made it before because I feel that we can definitely do that this year,” Hailey said.

With the connection the sisters have, coupled with an improved team dynamic both on and off the field, the two said they have confidence in the team’s ability to go far this year.

In addition to the talent demonstrated by the leading seniors, Meagan also credits their mental training with assistant coach Max Rooke to the team’s success.

“I really think Max adds a lot this year,” Meagan said. “In his mental sessions we talk about feeling versus principle and maintaining a certain mindset even if you aren’t there, telling yourself you are in it.”

Today the Waves take on Cal State Fullerton away at 7 p.m.

Staff Editorial: It's a Great Big World and You Might Be Missing Out 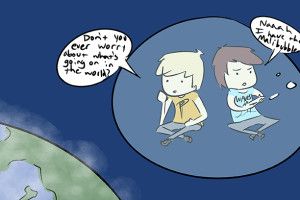 Staff Editorial: It's a Great Big World and You Might Be Missing Out

Art by Sacha Irick Think of our world as a giant body of water and every event that occurs is a stone cast upon its surface. Some...
Copyright 2013 Jupiter Premium Magazine Theme
Back to top