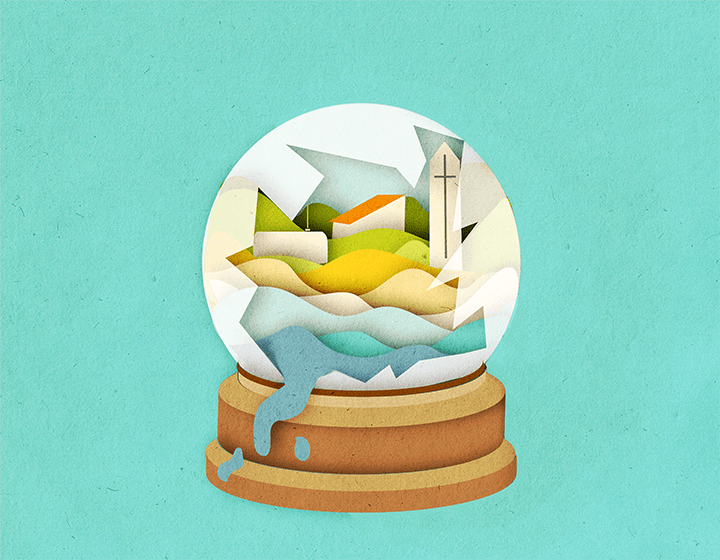 The idea of the ‘Pepperdine Bubble’ is a fairly well-known concept among Pepperdine students. It’s the idea that Pepperdine — a small, Christian university located in one of the most affluent parts of California and the United States — has the potential to shelter students, leaving them oblivious to the world beyond the roughly 3,500 undergraduates inhabiting Seaver College.

For those who subscribe to this line of thinking, graduation may present a frightening reality and a host of questions, chief among them, “What will life look like outside of the ‘Pepperdine Bubble?’”

“It’s so critical to go out and just try things, especially things that scare you,” said Brian Swarts, director of Pepperdine’s Washington D.C. International Program. “That’s how you figure out what your mission is or where you belong.”

Pepperdine’s courses, leadership opportunities, and international programs collectively combat the idea that students are limited or shortsighted. Instead, faculty and staff work to educate students about outside opportunities and demonstrate how Pepperdine resources can equip students with the necessary skills to excel professionally and relationally after graduation.

The D.C. program trains students for life after college by offering the opportunity to complete an internship while taking classes.

Swarts graduated from Pepperdine in 2001 and took over the role of director in July 2015. After Swarts stepped out of the ‘Pepperdine Bubble’ he taught elementary students in rural Mississippi as part of the Teach for America program and worked in humanitarian and global development, helping with relief for natural disasters in Haiti, Japan, the Philippines, Pakistan and Nepal.

Swarts said he focuses heavily on vocational formation when helping Pepperdine students in the D.C. program prepare for the workforce and life beyond Malibu.

“Having success after Pepperdine is understanding and developing the skills to thrive professionally, but then more importantly, understanding what it means to have a meaningful and purposeful career,” Swarts said.

Pepperdine alumni also have a dedicated platform to find connections with other Pepperdine graduates.

The Alumni Affairs Office created PeppConnect four years ago as an opportunity for current Pepperdine students and alumni to network and form communities after graduation.

Gina Lipari, the assistant director of digital media communications for Alumni Affairs, has been instrumental in shaping and marketing the resource.

“It’s basically a network for life,” Lipari said. “So, if 20 years from now you decide to move across the country, you know that you have access to a network of people in that area who are willing to help.”

Lipari said the platform is a robust system with a directory of all previous Pepperdine graduates, totaling nearly 110,000 alumni. She said PeppConnect incorporates elements from a variety of social media platforms. It has a feed for posting updates or sharing articles, the resume capabilities of LinkedIn, and groups that users can join based on mutual interests or affinities.

“We want all alumni to feel as good about their education and the school that they went to as they can,” Lipari said. “We want them to know that they’re part of the Pepperdine family for the rest of their life.”

In addition to Pepperdine’s professional opportunities for students and alumni, organizations such as Relationship IQ provide students with training for building relationships in college and in the future.

The program trains interns to lead small groups of Seaver students that talk through cultivating friendships and romantic relationships.

Haer said a big challenge relationally for recent graduates is the swift change in social environments and interaction.

“After graduation, even if a person stays in the same town, their life is not interfacing with as many friends and peers as it used to,” Haer said. “They’re not in class, they’re not in the same living situation.”

“Be open-minded to the ebb and flow of friendships,” Haer said. “Also, be ready to devote time, energy and effort to developing new friendships with people that you can be in-person with.”

Pepperdine’s resources work to prepare students to think beyond their time on campus. The programs prompt the perspective that perhaps the ‘Pepperdine Bubble’ is not so small after all, but actually a network that works alongside students and alumni to support them academically, professionally and relationally for a lifetime.