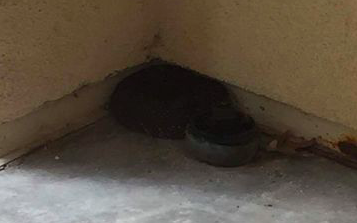 Junior Sierra Perry said she found a rattlesnake by P-block in Drescher when she went to get her clothes out of a dryer Sunday at 10 p.m.

“For some reason I looked down and I was probably about four feet away from the staircase and there it was, half uncoiled and it’s head raised hissing at me,” Perry wrote in a message. “I called DPS right away in fear that someone else would go down or up those stairs so carelessly that they wouldn’t see it and be bit.”

Perry said she reported the rattlesnake to the Department of Public Safety officer Sunday night. When she went for a surf session early the next morning, the rattlesnake was still there. Perry said it appeared to be the same snake.

When she came back from her surf session Monday morning, she decided to take pictures of the snake and post it on her Facebook. As of Monday morning, Department of Public Safety said they did not have a record of the rattlesnake report.

“I couldn’t bear the thought of someone getting bit because it looked like DPS wasn’t going to remove it at this point,” Perry wrote.

Perry said she received a phone call from DPS Monday morning, asking about what had happened and saying they would send someone to handle it. DPS officers have confirmed that they “humanely disposed” of the rattlesnake sometime Monday, although they could not confirm the original report.

Dawn Emrich, deputy director of DPS, said students should refer to page 90 of the Emergency Preparedness Guide on their Wavenet on how to approach situations like these.

“We’ve gathered the best practice and modified it for the Pepperdine community,” Emrich said.

According to the Emergency Preparedness Guide on Wavenet, students should stay calm, freeze, back away slowly and allow the snake to pass when encountering a rattlesnake. The guide reminds readers that snakes can strike up to half their body length and to not disturb the snake by poking it with sticks, throwing rocks at it, or attempting to pick it up.

In the event of a rattlesnake bite, the guide says to stay calm and get to a hospital as soon as possible. The victim should call 911 to receive instructions on how to treat the bite on the way to the hospital and to elevate the body part where the bite is located above his or her heart.

On the California Department of Fish and Wildlife website, the general information on rattlesnakes states that rattlesnakes have a triangular shaped head and a rattle on their tail. When one encounters a rattlesnake, he/she should back away slowly because rattlesnakes only strike back in self-defense. Although it is legal to kill a rattlesnake, the website reminds readers that all snakes are part of the ecosystem and are beneficial. 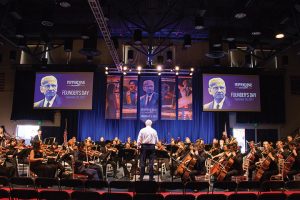