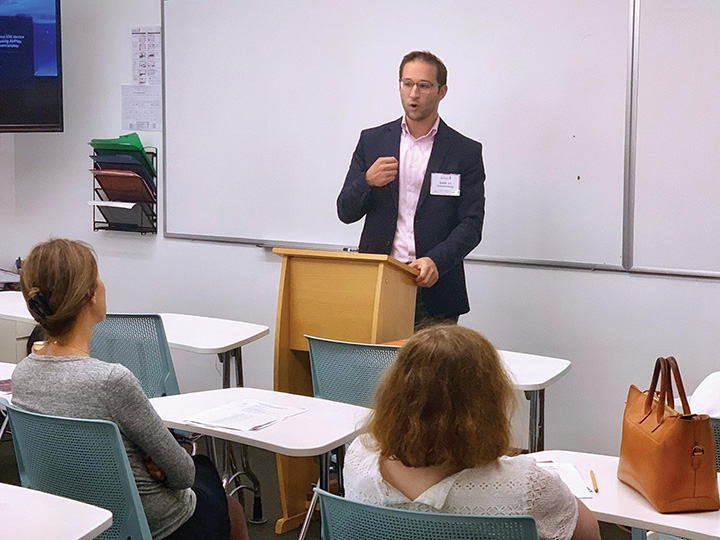 Celebrating his third year as rabbi in residence, Ari Schwarzberg has been providing mentorship for over 30 students and continues to enrich students’ experience by leading the Jewish Culture Club’s convocation program.

The convo is a requirement for Brenden Mann scholars of the Diane and Guilford Glazer Institute for Jewish Studies, but it is open for all students to attend.

“I think it’s a beautiful model for all religious communities to be very committed to your own identity … but also to accommodate [other religions] of the university and to want those students to feel welcome as well,” Schwarzberg said. “As a religious person I am inspired by that.”

After being raised in a modern orthodox Jewish culture, Schwarzberg attended a Yeshiva program in Israel — a Jewish school focusing on the study of traditional religious texts and later received his rabbinical ordination at Yeshiva University’s Theological Seminary.

In order to expose himself to a different social experience that was not strictly Jewish, Schwarzberg attended Harvard’s School of Divinity and received his Master of Theology there, where he said he was one of only two students to wear a yarmulke — a traditional Jewish cap.

“The truth is that it’s always healthy for anyone, and certainly for me, to get out of our own environment,” Schwarzberg said. “To be in a Christian environment [at Pepperdine], and to be working with the Jews and Christians, I found it to be a real challenge for me and something that would keep me engaged with something outside of my community.”

The university invited Schwarzberg to be the rabbi in residence after a survey conducted by the president’s office revealed that Jewish students were being underserved, Schwarzberg said. The Glazer Institute partnered with School of Law Prof. Michael Helfand to create the position to better serve Jewish students and students of all faiths alike.

“I think we have had a very profound experience, learning and growing together,” Schwarzberg said. “It becomes fertile ground for rich conversation and interfaith conversation that I think has made both Jews and Christians very comfortable.” 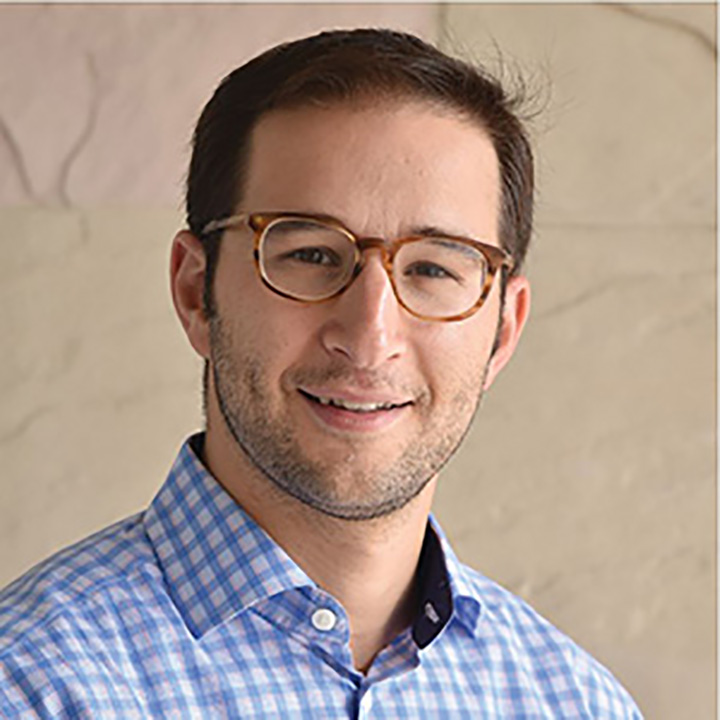 Founded in 2008, the Glazer Institute has provided opportunities for students of all faith backgrounds to learn more about the tradition of Judaism and its historical relationship to Christianity.

The institute offers educational grants for Seaver faculty to enhance courses and incorporate Jewish literature and culture. It also offers the Brenden Mann Foundation Scholarship program for students who are looking to supplement their educational experience with Jewish studies.

“There are so many things we can learn from each other through different cultures and different experiences,” said Monica Welsh, program coordinator for the Glazer Institute. “I think that’s partly what the Glazer Institute is about, is bringing those to light — the history, the education, the tradition and the culture.”

While Welsh said many students may be unaware of the institute or its programs, Glazer continues to open up events to the student body and greater surrounding area, and plans to continue to do so in hopes that student awareness of the institute’s programs and opportunities will grow.

“The Glazer Institute is trying to build this community within Pepperdine and the [Malibu] community itself,” Welsh said.

Helfand said a sizable portion of funding for the Glazer Institute comes from the Jewish Federation of Greater Los Angeles.

“What is really exciting about this [funding] is that it represents the way in which the broader Jewish community wants to be present at Pepperdine,” Helfand said.

Senior and Brenden Mann scholar Luke Vorster said he has enjoyed his experience as a scholar of the Glazer Institute as well as the Jewish Culture Club’s convo.

“I think there is a lot of value in this club convo, and especially in the mission of the Brendan Mann program,” Vorster said. “It not only opens our perceptions and horizons to evaluate these other faith systems as well, but it also just gives us a better understanding of our own faith and what we believe — which is a really cool opportunity and something that is unique to the relationship between Judaism and Christianity.”

Vorster said the club convo is a time where students of various faith backgrounds can come together, share a meal and talk through different religious topics.

During one convo meeting, Schwarzberg discussed prayer and read excerpts from Jewish prayer books. Then students were able to have a conversation with one another about their experiences and beliefs on prayer in their own lives.

Schwarzberg said he believes that his role on campus, together with the Glazer Institute, provides an opportunity for students to be exposed to Judaism in a healthy way.

“I always look forward to Tuesdays and other days that I come to Pepperdine and meet with the students,” Schwarzberg said. “It forced me to think about how I want to articulate parts of Jewish tradition to an outsider; how I want to think about inspiring Jews that are at Pepperdine to care more, or invest a little bit more in their Jewish identity.”