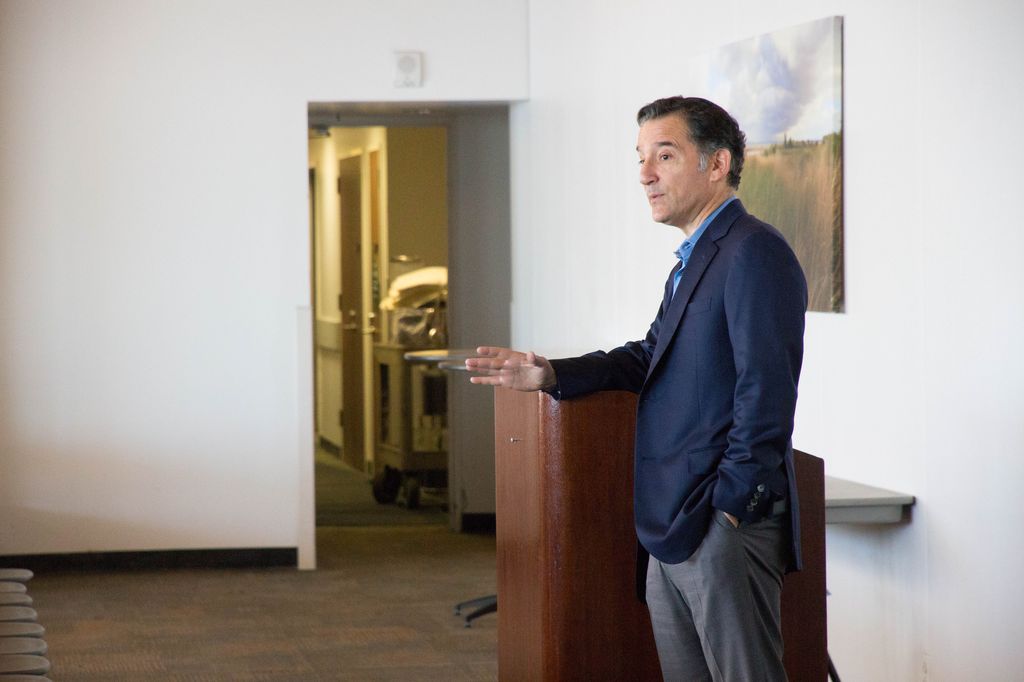 Newsweek’s 2012 Number One Rabbi in America Rabbi David Wolpe spoke at a convocation event in the Fireside Room on Thursday.

In his lecture, Wolpe described the Jewish faith’s view on the Messiah and salvation, drawing comparisons between Judaism and Christianity’s beliefs.

“The essence of uncertainty when it comes to death — I think that really stuck out with the differences between Christianity and Judaism,” said Olivia Robinson, freshman Business Administration major. “It caused me to become more enlightened on another faith, and I think that’s growth, either way, in faith.”

Wolpe outlined the three different ideas the Jewish faith has about the afterlife, ranking them in order of his personal beliefs. The three were: the soul lives on after death, resurrection and reincarnation.

He emphasized his belief that the concept of resurrection is alluring because it proves the worth of the human body.

“I liked what he had to say about resurrection because he said it … validates the importance of a body and how like in some traditions and cultures, the body is seen as negative,” said Tatum Shackelford, freshman English major. “What he was having to say is that the body is something God has given you, and it’s something to be respected and treated well.”

On the other hand, Wolpe stated he disagrees with reincarnation because it affirms that the world is fair, with individuals going through struggles to repay for transgressions in a previous life. According to Wolpe, the world is unfair and unethical. He said it is his obligation to help those in need and not just tolerate their suffering.

Jews believe that the Messiah will be an enlightened leader, Wolpe said. In his discussion, Wolpe described the Jewish belief that the world will become incrementally better with the arrival of the Messiah. Jews do not believe Jesus is the Messiah described in the Hebrew Bible because while many people are benevolent and good, many are immoral.

Wolpe said that he does not think anyone can predict when the Messiah will come, stating that it’s easy to find the patterns related to the coming of the Messiah described in the Hebrew Bible when looking at the world in general.

In his conversation, Wolpe said attempts to describe heaven fall flat because it is challenging to describe happiness. He joked, commenting on how easy writers find it to describe hell and eternal suffering, but said it’s difficult to think of something one would want to spend eternity doing happily in heaven.

Wolpe encouraged students to ask questions, spending half of the hour-long discussion responding to their various queries.

“I liked getting to hear a perspective from a professional in Jewish studies, especially someone who’s so renowned,” Robinson said.

Wolpe is a rabbi at Sinai Temple in nearby Westwood. He has written several books, and Warner Brothers is currently considering making his newest one, “David: The Divided Heart,” into a movie.

You can find more information on Rabbi Wolpe and Sinai Temple online at sinaitemple.org.