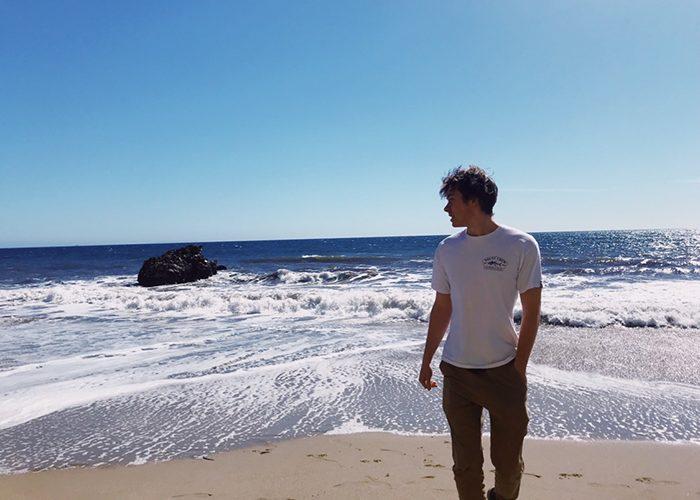 Senior Christian Battin soaks up the sun at Ralph’s Beach in Malibu.

When Chicago native Christian Battin isn’t behind the camera or interning for Pure Flix Entertainment, he’s involved in on-campus extra-curriculars like NewsWaves 32, working as a teacher’s assistant in production classes or running his on-campus cookie business, Battin’s Bakery.

Starting his business in October 2019, Battin sold over 1,000 cookies within two months, honing his entrepreneurial skills while studying Media Production at Pepperdine. Battin sat down for an interview with the Graphic to explore how his faith has intersected with his interest in film and passion for creating community through cookies.

What drew you to pursue a career in film?

Christian Battin: Originally, it was just because I wanted to make people laugh. It eventually translated to wanting people to feel loved and then to showing people Jesus through media. 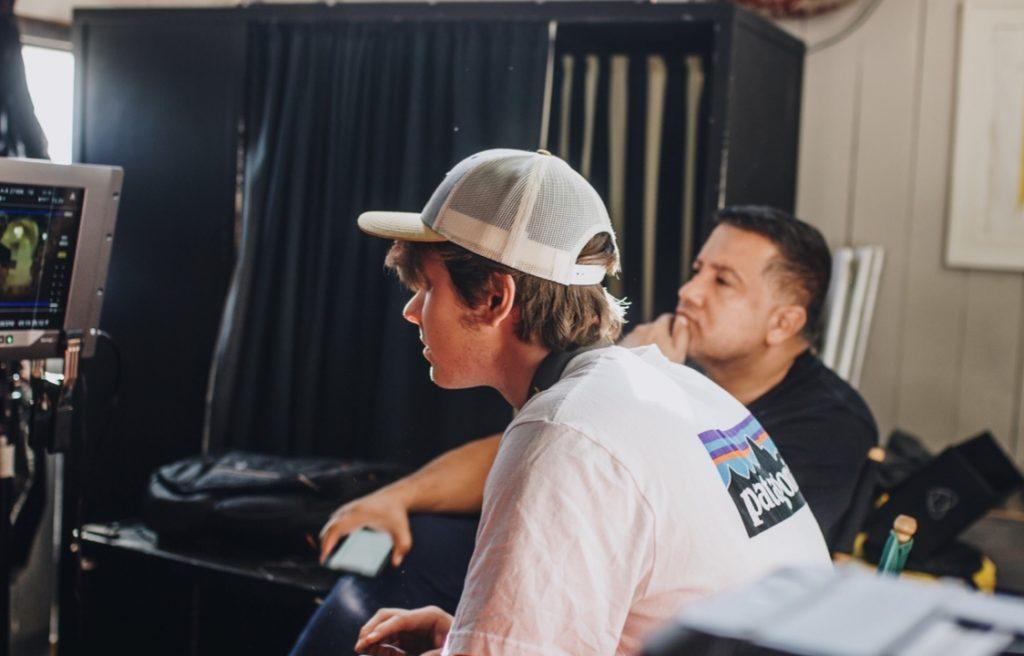 Battin (left) with Screen Arts Prof. Andres Orozco (right) on set at SHOREbar in Malibu. Battin was a member of the production team for Orozco’s narrative production capstone in the fall of 2019.

Do you have any insights you’ve gained from your internship experience?

Who has been your favorite professor at Pepperdine?

CB: John Sitter — because he’s funny. He cares about the students and has a good background of knowledge. You can tell he’s just there for our learning and for us to enjoy the program.

What inspired you to start your own bakery?

CB: One day, I just decided I wanted to make homemade cookies. I’ve been baking for a long time, had my culinary license, or had had it, and food handling … and took a lot of classes. I went out, bought some high-end ingredients, looked up a recipe online. I made them for my friends, and they loved them. They loved them so much that they told me they would buy them. I just thought it’d be fun, and I saw how much people liked them. 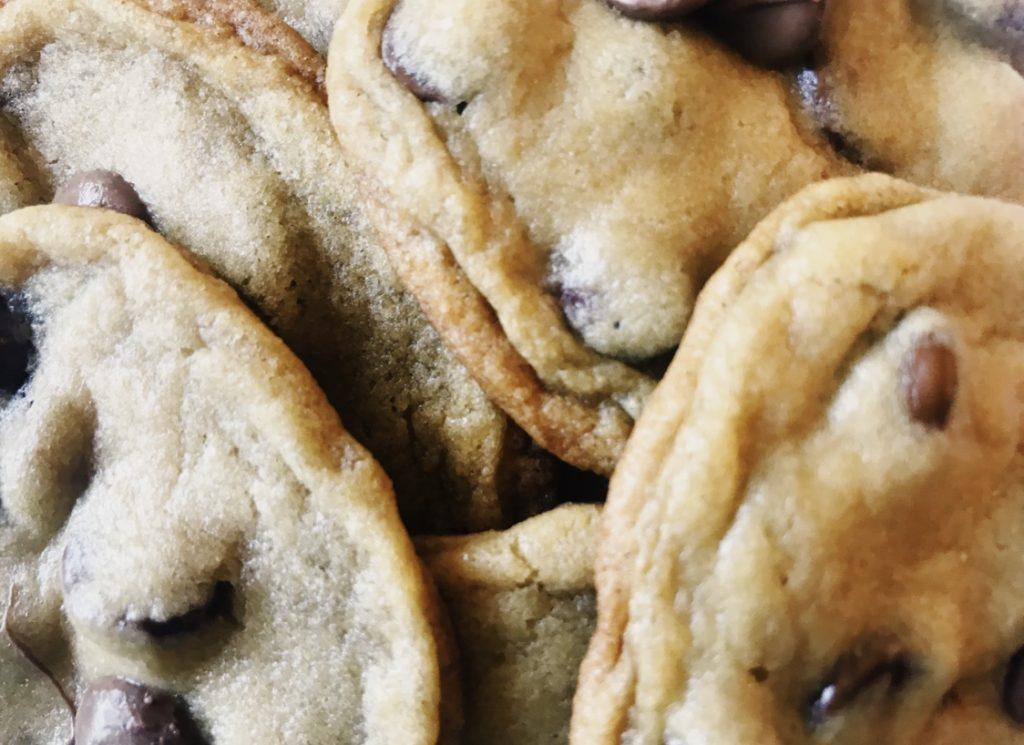 Battin started his self-titled company Battin’s Bakery in October 2019. He sold over 1,000 cookies in two months handling all baking, orders and deliveries.

You previously mentioned your faith — how has your spiritual life had an impact on your time at Pepperdine?

CB: It wasn’t until early junior year that, I guess, my faith was really transformed into something new in the sense of just really rediscovering an intimate relationship with God — but understanding even deeper what that means, too. To actually have a friend in him, rather than just somebody to pray to and hope that, you know, he’s gonna listen. And even though I may have trusted him in the past, and now it’s like he’s personal, [it’s comforting] … being able to converse in dialogue and fellowship, and just know that I have a friend in Jesus in a more intimate way. In the past two years, I’ve just been growing in that daily. 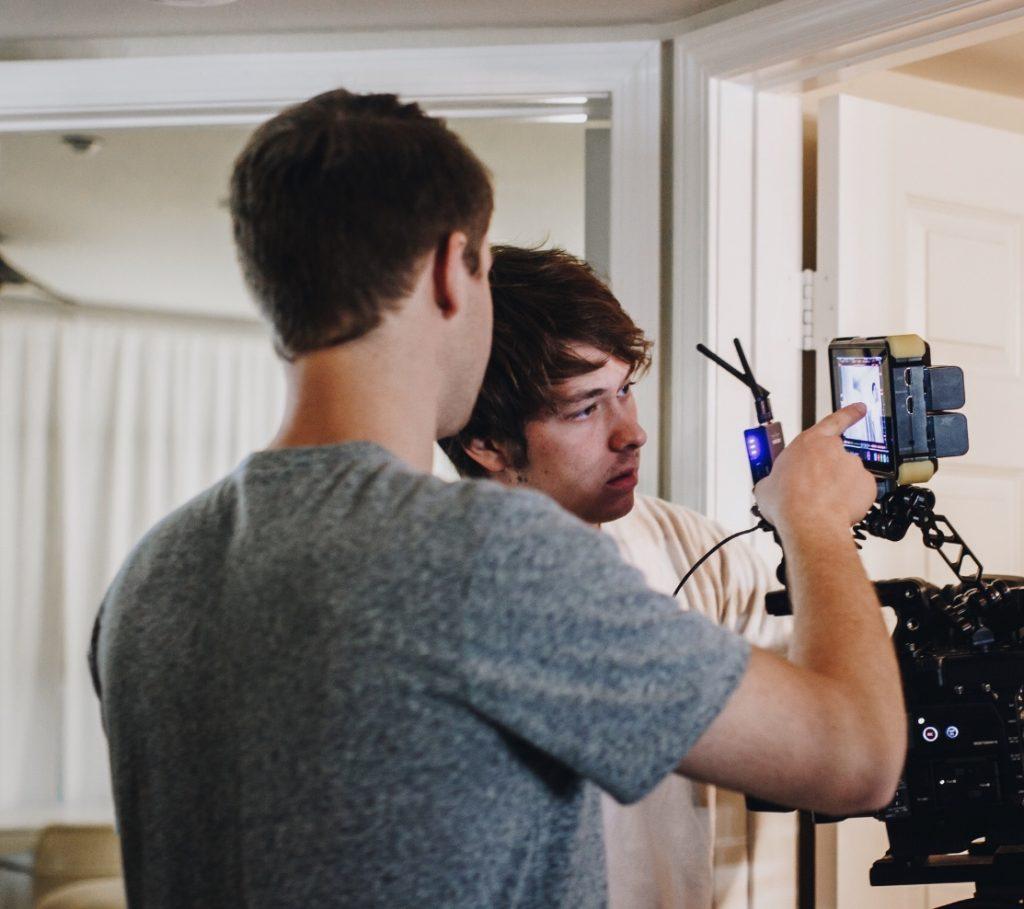 Battin (right) and senior Orion Keen (left) analyze a frame in an LED monitor. This picture was taken on the first day of shooting for the film “Self-Absorbed.”

How do you think your business has impacted the Pepperdine community?

CB: I prayed over the cookies, you know, blessed them, asked God that people would experience his love through them. I have a couple of cool testimonies of people who — not knowing that I did that — would say they even tangibly felt love. I’ve seen a lot of people impacted in the sense of community. I’ve created relationships with people [and] people have created relationships with each other.

Any advice for younger students?

CB: [8 a.m. classes] are dangerous — probably stay away from them, if you can, unless you really, really like waking up early in the morning. If you go to them, it does give you a great jump on your day and you get a lot of stuff done — but it’s also not easy to go, especially if it’s a language class. I don’t recommend taking language classes in the morning. That’s dangerous for sure.

Office of Admissions Adjusts to Uncertainty Brought On by COVID-19 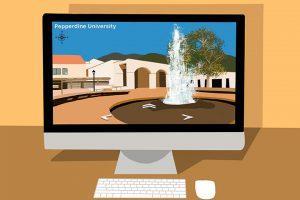 Office of Admissions Adjusts to Uncertainty Brought On by COVID-19

Art by Caitlin RoarkHigh school senior Steven Song had planned to tour a few universities where he had been accepted so he could...
Copyright 2013 Jupiter Premium Magazine Theme
Back to top