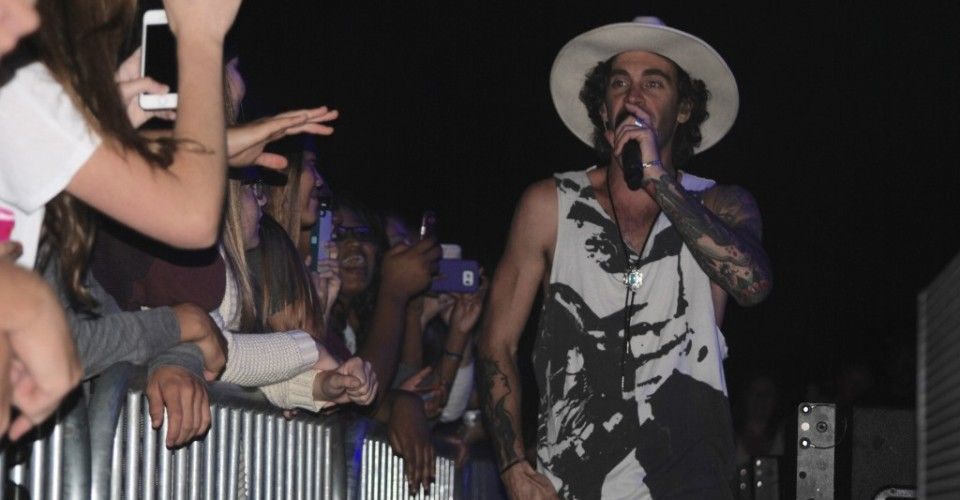 If you ever catch yourself bragging about Pepperdine to friends back home, saying things like, “I always go to the beach right by Beyonce’s house,” or, “The last time I was in Spain …,” or the most recent, “Is this American Authors? They were just on campus,” you are not alone. There is a reason that #soblessed is #sooverused.

Besides the landscape, beach trips and Lily’s Burritos, one of the many perks of being a Wave is the concert every year for Waves Weekend. And one of the perks of writing for the Graphic? The chance to interview the bands.

Online Managing Editor Veronica Johnson and I sat down with the lead singer of American Authors, Zach Barnett, after the band’s soundcheck and before his plan to hop across PCH and hit the beach. He was pretty casual both in conversation and in dress, wearing a bandana, John Lennon glasses and a pair of white slippers he swiped from the hotel (though he assured us he would return them). He encouraged us to ask away.

What is your favorite part of performing with a band?

“It’s such a great feeling. Feeling the energy of singing back with the crowd, and vibing. I think that it’s really an energy that you can’t get anywhere else when you’re performing live and kind of just getting lost in that space. It’s really surreal, and it’s a lot of fun. The connection is always a blast.”

Do you have a favorite song to play?

“There’s a bunch of them that I really like to play. Obviously ‘Best Day of My Life’ is a lot of fun to play. People go really crazy on that one. The title track to our album, ‘Oh, What a Life,’ is a lot of fun.”

Was it your intention for it to be an inspirational album for people going through something?

“It was more just for us, and kind of what we were going through at the time. It was a pretty tough time of being struggling musicians. We all actually dropped out of school (sorry, Pepperdine students). But we dropped out of school to pursue our passions and dreams of doing music. We moved to New York City, and we didn’t have much. For us, it was kind of like rather than just giving up in these hard times, it was really seeing the light at the end of the tunnel. And there were obviously great times, too. You know, the journey there was half of the fun. And that is what ‘Oh, What a Life’ represents. It’s really talking about kind of like all the good times and all the bad times that we went through to get where we’re at today, and how we’re very thankful to be in this position now.”

When you write music, is it normally done by one person?

“It’s really collaborative. We all write together. We can all play each other’s instruments, so ideas always come from all over the place.”

So, “Best Day of My Life.” What has been the best day of your life on the musical journey?

“There’s been a lot of really great days. So yesterday…”

“Yesterday was really cool. Next week, we are going back to Mexico City, and we’ve done a bunch of shows down there, and it’s always such a good time. The people in Mexico are incredible and that’s one of the really beautiful things, being able to travel all around the world.”

What are some future goals for you guys?

What’s different about this album?

“We experimented with a lot of different sounds and a bunch of different genres to kind of take what people already know and like about American Authors and bring it to the next level. As far as lyrical content goes, the first album was like, ‘We’re at such a low point, but we see it right there, and we need to just keep pushing to get to that.’ Now, [it’s about] everything that we’ve done and how it’s affected our lives and relationships back home, and kind of the pressures that this kind of industry brings on to us. It has a lot of similar elements to the first album, but just much stronger and more developed and more mature.”

I have more of a personal question. You have a lot of tattoos. Have they accumulated over the journey? Do they have special meaning?

“I got my first one in 2007, and then just been going on. A lot of them I picked up on the road. So when we’ve had a day off somewhere, [I] go in and just add to the collection.”

What is something your listeners probably don’t know about you?

“Not many people around here probably know this, but I grew up right on the other side of the hills. So all growing up, we would just take the canyon right here straight on through, and I would pass Pepperdine every time we would come to the beach. So it’s very nice to be here at this university, actually on campus, performing.”

For listeners: if you didn’t get a selfie with the band at Waves Weekend, stay updated with American Author’s tour dates as they’re sure to come back around LA sometime soon. Or, write for the Graphic and maybe get the chance to interview the next band. Just sayin’ — it’s a good gig. And of course, make sure to be on the lookout for American Authors’ new album, though you may recognize some songs already, as they played a few unreleased tracks at the Waves Weekend Concert.

Man, is that another bragging right? 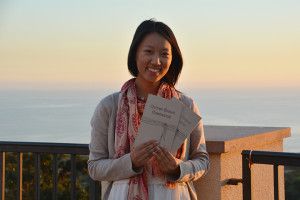 Photos by Gabriella ChanKristina Hsieh, junior and IMC major, is paving a path for young Seaver entrepreneurs. Hsieh and two of her high...
Copyright 2013 Jupiter Premium Magazine Theme
Back to top