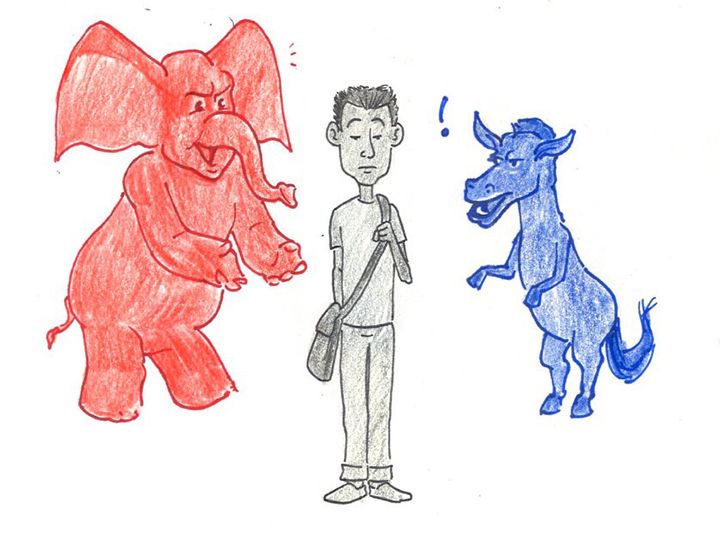 Political passivity for this generation is the easy option. It’s often accepted that “liking” or posting something establishes one’s political agenda, and that’s all that is necessary for involvement. Some may feel that politics are too divisive or that there’s too much going on to understand the truth behind it all, people become unengaged. Politics can be difficult, and there is a lot going on that isn’t always easy to make sense of, but ther’s no reason to remain ignorant or only do the easy thing by clicking “like” on a Facebook page.

This generation tends to be fairly passive when it comes to politics, especially in regard to being committed to political discussions or actions. According to a study published June 8, “Millenials and Political Slacktivism” by Charlotte Gendron and Rachel Lienesch for the Public Religion Research Institute, only 14 percent of our generation claimed to have attended a political rally, while 37 percent have signed online petitions, which are very passive forms of engagement.

Some arguments for passivity are understandable: A vote doesn’t necessarily make a change, especially when the electoral college is involved. It’s difficult to personally connect with politicians. The government is terrible already, and it seems impossible to fix. Though the sentiments behind these statements are valid, these arguments contribute to a continuous ignorance that limits the possibility for our generation’s voice to truly be heard. But withholding the voices themselves eliminates any opportunity this generation may have at fixing what’s wrong with the political system.

Generation Z is an intelligent generation with a thirst for innovation and creation. According to a Northeastern innovation survey from 2014, 42 percent of Generation Z’s expect to work for themselves, 63 percent believe colleges should teach entrepreneurship and 72 percent want to be able to design their own majors. There are pieces and pieces written strictly on informing people about how to best to communicate with and reach members of Generation Z, because it’s set that far apart from the traditional ways of thinking. We’re a group of people obsessed with making things better, and we’re fighters. A voice can only be heard if it’s raised to make a personal connection and engage with the community.

A government for the people and by the people cannot abide by such ideals unless the people are actively using their voices. Inaction solves no issue and voices no concern and will thus fix no such issue or concern. Movement can only come about when someone has the guts to start it and can only start when someone takes the first step.

Don’t become focused on with choosing between being 100 percent Republican or 100 percent Democrat, red or blue, donkey or elephant or one side or another. The beauty of politics is that one doesn’t have to choose a side. One can have a cornucopia of viewpoints and opinions, and there’s nothing wrong with being a liberal on one issue and a conservative on another. Your beliefs will still be completely valid. Extremist anything isn’t healthy, so don’t feel a pull between being all-in on one side or all-out entirely, but don’t be afraid to choose a side. We have to grasp the concept that taking an extreme position in either political camp is ignorant in its own right.

Start by figuring out which politicians or opinions line up with your beliefs. There is a thorough political quiz called ISideWith that shows which political parties your beliefs most align with, strictly based on your viewpoint of various issues. Go to ISideWith.com, and click the “quiz” tab at the top left of the page.

This quiz can be the initial push for a political education. Become educated on topics that are controversial or those close to where you grew up. It serves no one to only know one side of any argument. Broaden the horizons of political knowledge, and be thorough in the understanding. There’s so much information out there, and chances are, being exposed to it will reveal information and topics that are genuinely intriguing.

Take on the responsibility of being an active citizen. We are often quick to assume we have the right to this and the right to that, but at the end of the day, we should be asking what we can give back to our nation, and the answer is time. The answer is effort. The answer is a political education. America is a nation built on letting the people have a powerful voice; it’s one’s duty to honor that freedom. We shouldn’t feel that we have the right to sit and complain from our sofas about political matters if we have no intention of making any moves toward the betterment of those lacking areas.

Some of the easy first steps that could be taken include registering to vote at www.usa.gov/register-to-vote and participating in a local election. The truth is that you can change the world. Why not start in the voting booth?