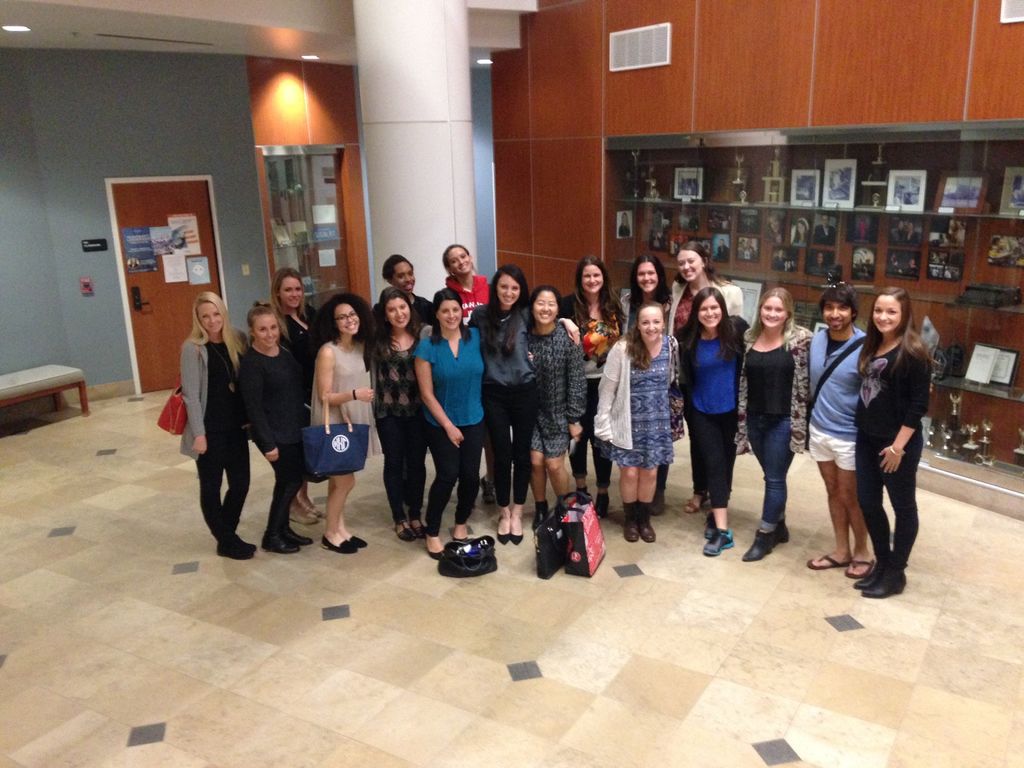 The Pepperdine chapter of Public Relations Student Society of America (PRSSA) hosted an alumni panel of four public relations professionals in the travel, tourism and hospitality industries, who gave specific advice to students based on their individual interests. PRSSA hosted the panel in lieu of the e-board’s biweekly meeting March 23.

“The panel kind of came to us,” junior and PRSSA Program Coordinator Hannah Lucchesi said. “Two of the speakers, Jackie Alvarez and Jacqueline Kerns, are Pepperdine grads. They wanted to reach out to students. They also brought Rosalind Napoli, a fellow PR professional and friend, to share with us.”

This event allowed Public Relations students and those who are interested in PR to learn what working in public relations is like.

Napoli is the founder and CEO of Spin PR, Alvarez is the Santa Monica Travel and Tourism PR manager, and Kerns is the director of PR at the Fairmont Miramar Hotel and Bungalows.

“Each of the panel members have very different jobs within the PR area of travel and tourism in Santa Monica, so we got to look into what our careers, and even daily tasks, would look like in their positions,” Lucchesi said.

Lucchesi said they spoke of their responsibilities in their respective positions and how they work together. They also explained how working in a PR agency differs from a job in a company’s in-house public relations positions. They particularly discussed how PR professionals can work in the travel, tourism and hospitality industries.

Lucchesi said she enjoyed having the speakers attend their meeting because they gave great insight into PR, answered questions with detail and expressed an interest in helping the PR students.

“The event was great because the speakers truly did care about sharing with us, getting to know us and helping us on our career paths,” Lucchesi said. “For example, they went around the room and asked us all why we were interested in PR, which most speakers don’t do. I said I was interested in doing PR in the music industry, and Rosalind told me her business partner has lots of connections from previously working in that industry, and she then offered to introduce me to her partner.”

Professor of Communication and PRSSA adviser Denise Ferguson said it was very meaningful that the panelists took the time to ask students about their individual aspirations and then offer them specific advice based on their responses.

She said it was clear there was a great interest from the students, as there was a large crowd and a significant amount of student engagement.

“I think that [the students] were very appreciative of the alums coming back to speak about their career paths,” Ferguson said. “Pepperdine alums, particularly in the Communication division, are so generous in giving back.”

Ferguson said the positive relationship that is maintained between Pepperdine professors and their students becomes particularly evident during panels such as these, when alumni return to campus to help those who are pursuing similar career paths.

The next PRSSA meeting, which is taking place on March 30, will feature Laura Conrad from the Communications division of Lexus, who will be speaking about her career. Students are welcome to attend this meeting in CCB 100.