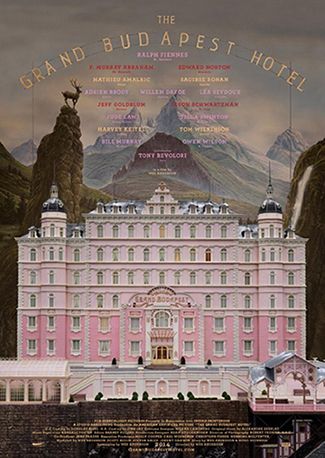 The beautifully-rendered sets of Wes Anderson’s “The Grand Budapest Hotel” alone are worthy of praise. They immediately immerse the viewer in the film’s fictional setting. But the film is far more than its engrossing visuals; those are mere wallpaper. With wonderful performances, a whimsical, witty story and — most of all — originality, “The Grand Budapest Hotel” emerges as both a showcase of intricate, rich storytelling and as a potential Oscar contender. It is a film of many layers, compelling due to its surface beauty, plot and intelligence all working together.

It also is uniquely structured. The central plot is told via a flashback-within-a-flashback-within-a-flashback. This structure, surprisingly, does not make the story nebulous; like nesting dolls, the flashbacks all neatly envelop one another. For the vast majority of the film, though, the two innermost stories are the only ones given screen time — and rightly so, for they together create the plot.

In the film, the Grand Budapest Hotel is an aging hotel in the fictional European province of Zubrowka. There, a writer played by Jude Law listens to the owner’s story about how he acquired the place. The story is an entertaining and surprisingly poignant farce-comedy, combining whimsical wit and wild incidents. Anchored by the film’s technical brilliance and a magnificent performance by Ralph Fiennes, this story is extremely compelling, both easily digestible and remarkably palpable.

The acting is uniformly excellent, but the standout performance is undoubtedly Ralph Fiennes’ turn as the sardonically witty, articulate Gustave, concierge of the Budapest Hotel. He hits all the right notes — he delivers the script’s funny bits and more serious lines with equal aplomb — and he is even more impressive considering his acting pedigree.

Long respected as a serious actor, Fiennes has graced the screen with powerful portrayals of loathsome characters such as Amon Goeth in “Schindler’s List” and Lord Voldemort in the “Harry Potter” series. To see him play Gustave — a radical departure from his average role — with equal prowess as his villainous roles is astounding. Because of this, he could potentially garner an Oscar nomination at the end of the year.

Supporting Fiennes in a less riveting but still excellent performance is newcomer Tony Revolori, who plays the owner of the Budapest. His character is quiet and reserved but fiercely loyal to Gustave. Revolori plays him gently, inviting viewers to sympathize with him. He makes Zero soft-spoken, kind-hearted, faithful and endearing.

The instrumentally-diverse, frenetic score by the ever-excellent Alexandre Desplat, a six-time Oscar nominee, is fabulous, flitting fancifully from scene to scene while always fitting the film perfectly. It is a beautiful and intricate score, also deserving of an Oscar nomination.

The editing, by Barney Pilling, is strong — each flashback and each scene flows smoothly into the next — and all these facets combine to create an extremely accomplished film.

“The Grand Budapest Hotel” has all the makings of an Oscar contender — a well-written script, rich aesthetics, excellent acting and a beautiful musical score — and thus, unless the Academy forgets the film, it is likely to be nominated for several awards at the year’s end including Best Picture. And rightfully so — it is on par with last year’s best, deftly balancing its wild wit with its piercing poignancy. As of now, it is playing only at select theaters. The nearest one is about thirty miles away: the ArcLight Theater in Hollywood. However, it is worth the drive; a film this good is not to be missed, and its beautiful production design almost begs to be seen in theaters. With its near-perfect blend of intelligent comedy, grand visuals and exceptional performances, “The Grand Budapest Hotel” shines.

I give “The Grand Budapest Hotel” four and a half out of five stars. 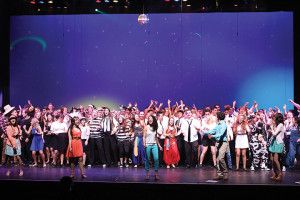 Photo by Kailyn Neil In a school abundant with passion for the arts, it’s not a surprise that Songfest is one of Pepperdine’s...
Copyright 2018 Pepperdine Graphic
Back to top