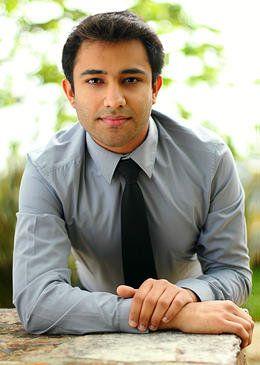 Called by the need to give voice to the average American student, Vijay Vaswani takes an in-depth look at student’s reactions and opinions on American policy on his radio show, “Political Vendetta.”

“Vendetta is a powerful word,” Vaswani admits. “We use it in terms of fighting for justice, fighting for righteousness. Our goal is to give more power to the American people.” After 10 months of work, research and prayer, Vaswani launched “Political Vendetta,” a show that gives voice to students who find passion for political policy.  “The goal of the show is to channel the ambitions of young students in hopes to stimulate policy,” Vaswani said.

The show is conducted in a question-answer format. Guests are brought in to discuss controversial topics such as immigration reform, social security and health care that affect the United States morally, socially and economically. What sets Vaswani’s show apart from other political news shows is his ability to challenge the policy of all political affiliations and not take a specific side or opinion. Regardless of political affiliation, Vaswani’s role as host is to play devil’s advocate: “if someone takes a very liberal view, I take the very opposite view.”

In a time when opinion is often confused with fact, political topics can often be skewed; Vaswani recognizes the importance of factual accuracy. He says, “Everything is justified with facts and statistics.  I have a researcher [on the show] that makes sure only credible information gets passed through,” Vaswani said.

Vaswani sees the ideas and passions of students as more effective arsenals for political reformation.

“Students are a good blend between intellects and middle America … I feel society can learn from the average Jane or Joe than they can from that of Rachel Mado or Bill O’Reilly,” Vaswani said. Political Vendetta is not only a way for students to benefit in terms of political conversation but allows for resume building experience.

“Students can benefit by  not only showcasing their passion, but they get to put it on their resume saying they were on radio speaking about say, education policy, and if they apply to education department that weighs heavily on their resume,” Vaswani said.

In terms of guests, Vaswani looks for passion. He says the “goal is not to get a conservative or a liberal but to get someone who is passionate.” This idea of passion hits very close to home with Vaswani. “This show itself was supposed to be a two month process; it ended up being a ten month process and it’s only because of passion that it came into place.” The power of an idea is what drives the show: “It’s the passion that you can’t kill. You can kill legislation but you can’t kill an idea. “

Vaswani plans to use his degree in marketing and political science public policy to make talk radio a more usable medium for political forum. The show is being podcasted, is available on mp3 and is being streamed live online, allowing more opportunity for more listeners abroad and in the States. Because of social networking, Vaswani has had listeners tuning in from the Philippines and hopes to reach other countries abroad in order to shape an American perspective in different parts of the world.

If you have seen “Pitch Perfect,” you know how alluring the prospect of working for a college radio station is: playing...
Copyright 2013 Jupiter Premium Magazine Theme
Back to top