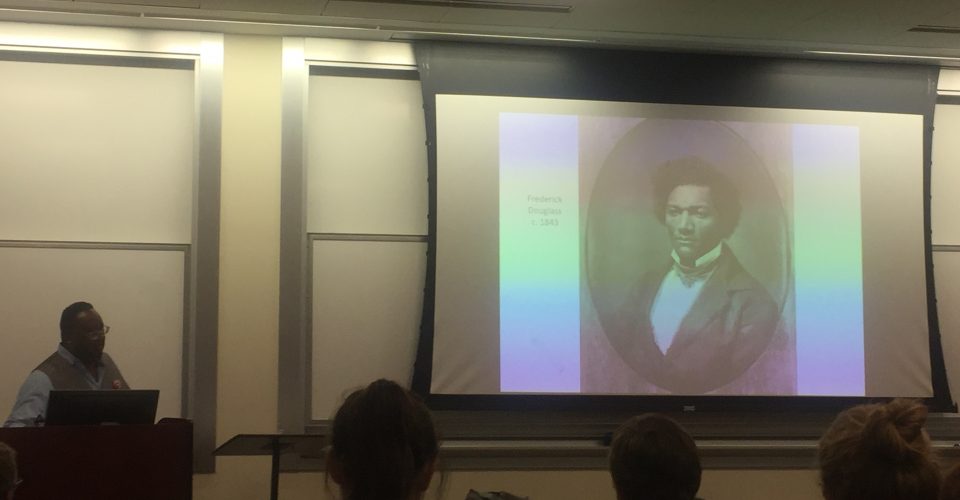 A poetry reading on campus explored themes of home life, parenting and the importance of family history.

F. Douglas Brown, an award-winning poet, read a handful of his own poems on Tuesday to a group of students in the Plaza classrooms for about an hour. Professor Jeffrey Schultz introduced Brown, whom he has known for years.

“Poets need to do whatever we can to break down that binary between heart and head,” Schultz said. “F. Douglas Brown is honestly interested in bridging that gap.”

Brown read from his book called “Zero to Three,” a Cave Canem prize winner in 2013. Brown is also a Kundiman fellow. Kundiman is a non-profit organization that teaches students Asian American literature.

Brown began the reading with his poem “Circumstance,” a piece that explored the experience of becoming a parent and witnessing the birth of his son, Isaiah.

“That was 20 years ago; it’s still really vivid,” Brown said. “When my ex wife was pregnant I felt cheated because I couldn’t fully participate in it.”

Brown read another poem about his daughter titled “Body Stubborn.” The audience was able to participate. Brown instructed that whenever he said “Can I kick it?” the audience would reply “Yes you can.” This is an allusion to the A Tribe Called Quest song “Can I Kick It.”

“I get caught and trip on try,” Brown read. “Don’t blame my feet for this body’s stubborn confidence.”

Brown explained that this poem was meant to set a positive standard for his daughter’s body image.

“It was important for me to be always thinking about my kids and fatherhood,” Brown said. “As a father figure I wield so much power.”

Brown wrote another poem for his daughter called “Dear Defiance,” this time setting a standard for “toughness.”

“Fragmented Venus” was a series of odes dedicated to Brown’s mother.

“Her hands were restless yesterday,” Brown read. “Being a goddess must be like this.”

Brown also told the story of his name. He is in fact named after Frederick Douglass and spoke of his looming fear of the pressure of his name.

“I’ve always stayed away from it,” Brown said. “What was it about my name I was avoiding? A lot of it has to do with this stare you see.”

Brown was referring to a familiar portrait of Frederick Douglass, in which he stares at the viewer knowingly, a stare Brown said he knew all too well. Brown presented the class with a slide show that included not only this portrait but photos of paintings that had been done by Jacob Lawrence. Lawrence is known for his Harlem Renaissance paintings that depict heroes of the U.S. Civil War, such as Frederick Douglass and Harriet Tubman. 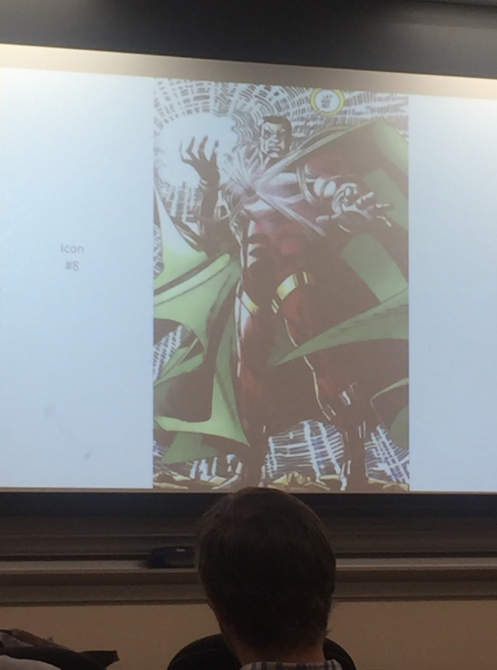 “He’s basically the superman of DC Comics but black,” Brown said. “He’s an alien who crashes down in Georgia and is found by a slave.”

Brown finished the reading with a poem titled “Unportrait of Frederick Douglass.”

“What little I have learned being a Frederick,” Brown read. “Maybe the isolated F … will mean me … not my father … and Mr. Douglass, definitely not you.”

"LIV ON" Concert at Pepperdine 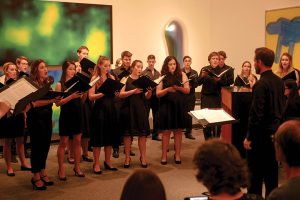 Photos by Kaelin MendezChoral music echoed in the Weisman Museum at the Pepperdine Chamber Choir's fall concert. Under the direction...
Copyright 2013 Jupiter Premium Magazine Theme
Back to top