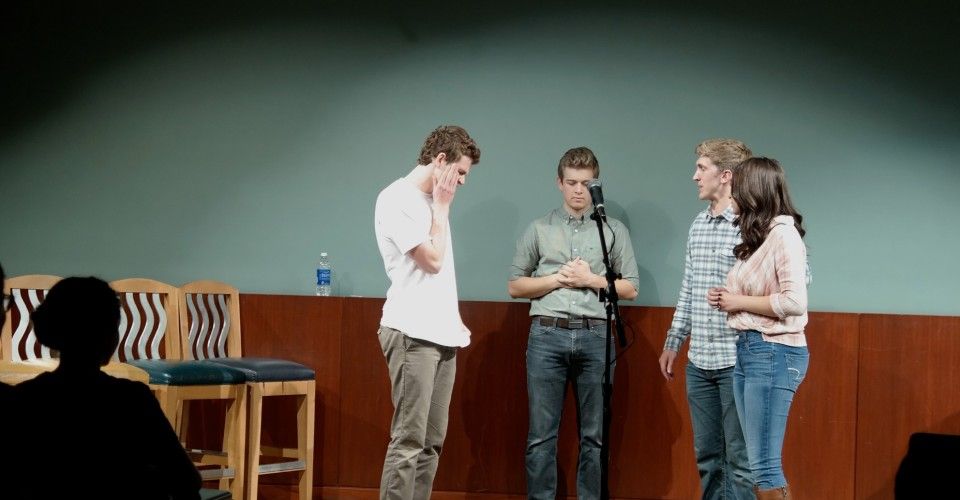 The Pepperdine Improv Troupe, commonly referred to as PIT, drew a sizable crowd to Elkins Auditorium on Friday night. Brian Jones hosted the two-hour show and Allen Simpson accompanied the troupe on the keyboard.

The eight cast members were divided into two teams on stage: on the left, Zach Coffman, Sam Gonzales, who is a copy editor for the Graphic, Callaghan McDonough and Evatt Salinger; and on the right, Sean Conrad, Alex Garrett, Amoni Henderson and Tara Jenkins. The teams went back and forth, showcasing their creativity and comedic skills. At the end of every scene, the audience gave the team’s performance a score of one through five by voting with applause. 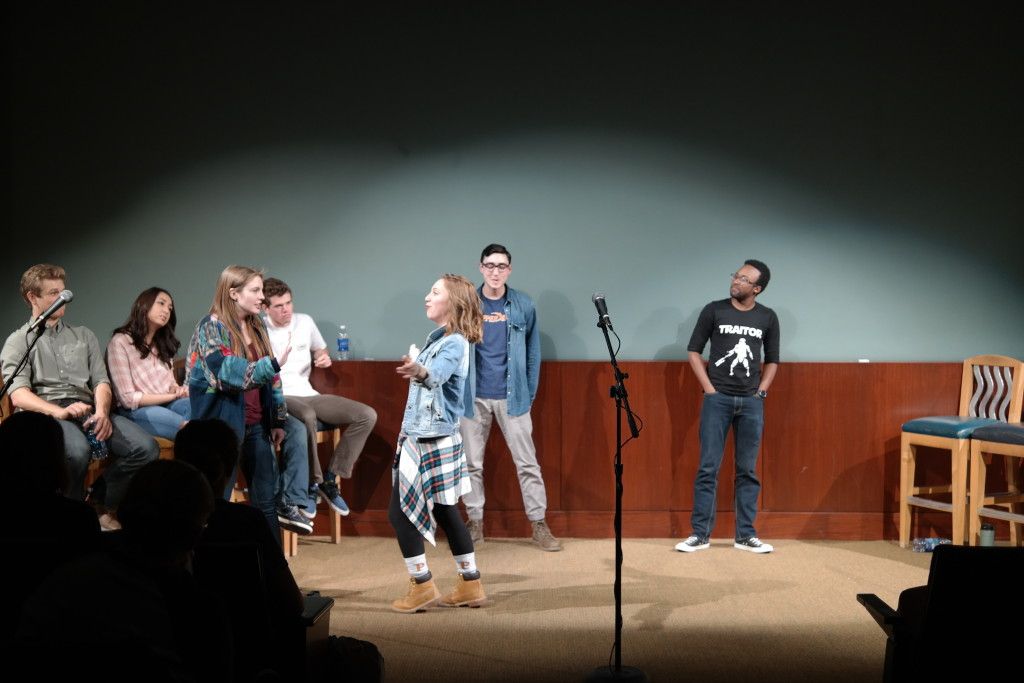 The show opened with two members from each team pitching film ideas and acting them out — a great way to warm up the audience and give first timers a feel of the improv show. The next game, Blind Line, was a new addition to the PIT repertoire. One team exited the stage while the other wrote down lines of dialogue from movies and famous lines from novels, suggested by the audience. Hilarity ensued when the team returned and read the lines on the pieces of paper they picked up off the ground. During Moving Bodies, two volunteers from the audience came up to participate. The players were not allowed to move during the scene unless the audience members repositioned them, and the team’s capacity to maintain a straight face throughout was impressive. 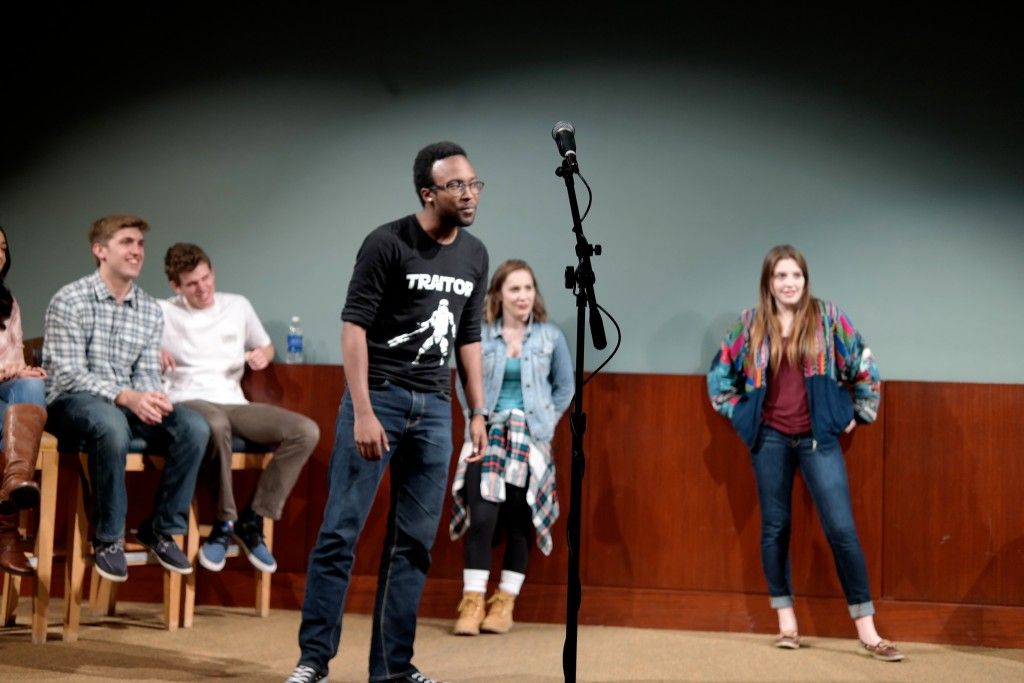 One of the wittiest team performances of the night was Song Cue, in which each member had to break out into song at any given line during the tax-season-themed skit. Another amusing skit was Piano Torture; whenever Simpson played the piano, the players had to sing their dialogue and whenever he stopped, normal dialogue resumed. In the last game of the first half, Half Life, the team acted out a two-minute movie scene from the Space Western genre. After they finished, they replayed the same scene in one minute, then again in 30 seconds, and so on. Jones kept halving the time until they got down to three seconds, and the delivery got funnier and funnier every time. 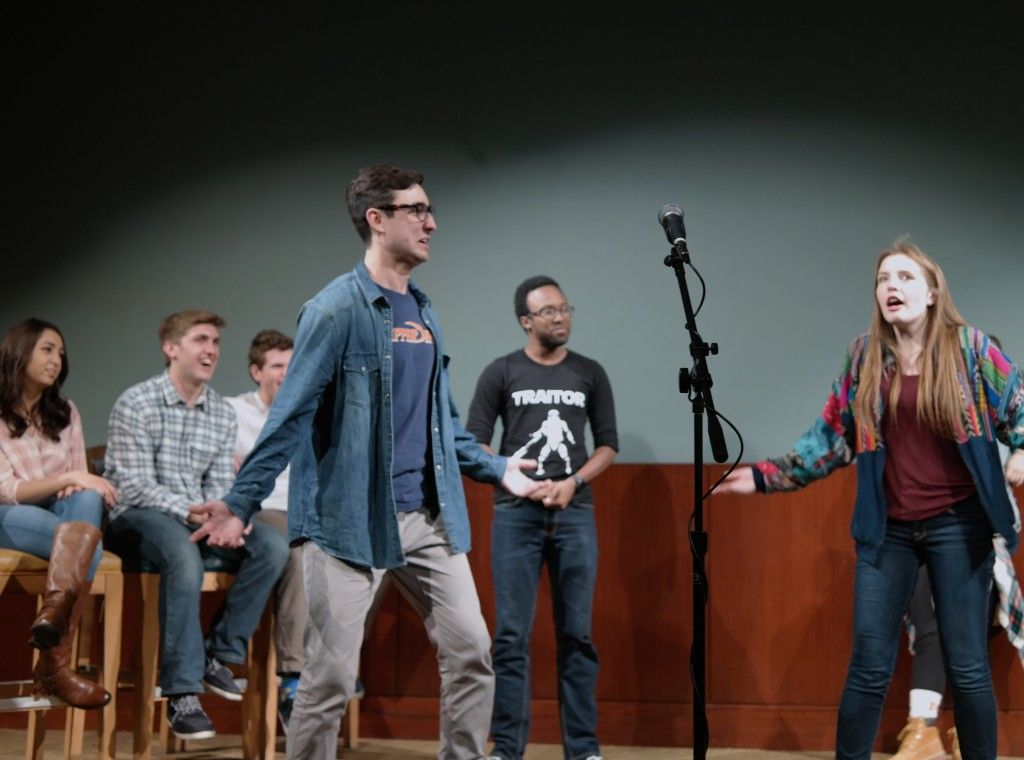 For the first scene of the second half, the teams went head-to-head in the game Try That On For Size, in which each member had to repeat the same gestures but state different conditions for them. In Party Quirks, Salinger was prompted to host a party and try to guess the identities of Gonzales, Coffman and McDonough, who played Squidward, Richard Simmons and Taylor Swift, respectively. Finally, both teams challenged each other during the last game of the evening, Idol American. While four members acted as judges, the remainder of them had to put on an American Idol-style performance of a song titled “My Favorite Ex-Boyfriend,” proposed by someone in the audience.

Each individual had strong improvisational ability, but their cohesion and readiness to feed off each other’s humor is what made every scene so effortlessly entertaining. The troupe got the audience’s energy up from the very beginning and kept them involved throughout. Needless to say, Friday night’s cast didn’t miss a beat.

Next show is April 1 in Elkins at 8 p.m. with free admission. It will be the second to last show of the year. 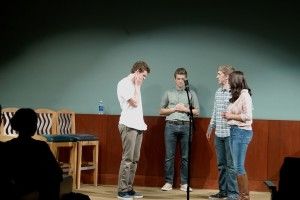