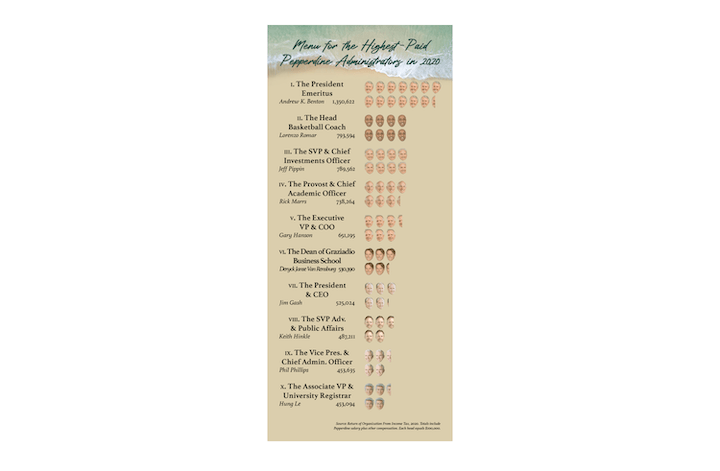 While some names remained relatively unchanged in earnings, President Jim Gash’s cabinet shuffled the standings, but — similar to 2018 — no women made the top 10.

A notable change from 2018 is Head Basketball Coach Lorenzo Romar’s increase in total compensation from $660,769 to $793,594, making him the second-highest earner at the University.

Gash — who began his term as president Aug. 1, 2019 — has a starting salary of $202,450 a year and a total compensation of $525,024 for the 2020 tax year. Benton had a base compensation of $484,397 with added bonuses and other reportable and deferred compensation plus nontaxable benefits totaling $1.3 million dollars in compensation for 2020, according to the forms.

In 2003, Chancellor Charles B. Runnels was the highest-paid administrator, according to past Graphic reporting, earning a salary of $304,946 with added benefits of $28,300. Current Chancellor Sara Young Jackson ranked 25th in the University’s top earners, earning $235,337 a year with $36,848 of other compensation. Young Jackson is in her second year as chancellor.