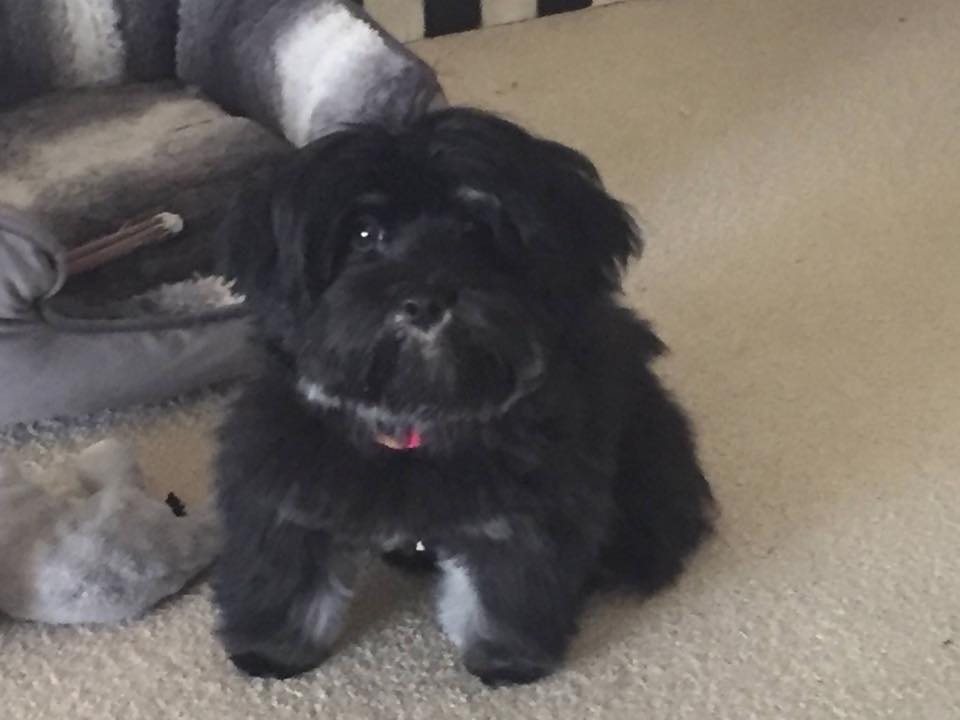 It was just after 9 p.m. when Professor of Decision Science Robert Shearer was walking his dog, Maisie, at the Drescher campus outside of his faculty condo. It had been drizzling rain so visibility was poor. As they were making a loop around the graduate campus a mountain lion was right in front of Maisie

“All of a sudden, silently but very quickly, the mountain lion shows up right next to me,” Shearer said. “Literally I could reach down and pet it if it let me. When I stopped it was nose-to-nose with Maisie.”

Shearer said Maisie, a 9-pound Havanese, began ferociously barking at the mountain lion, which he estimated to be about 60 pounds. Shearer didn’t have much time to react to the situation

“I start to turn, I yell something and I try to kick the mountain lion, but by the time I start to spin around it’s already taking off and it’s running back up the street and then back up the hill,” Shearer said. “The whole thing takes maybe five seconds and it’s over very quickly.”

Shrearer’s encounter with a mountain lion came after weeks of reported sightings. An email sent from Pepperdine’s Public Relations office stated that there were nine mountain lion sightings between March 8 and March 21.

The National Parks Service previously captured and tagged a young mountain lion on the Malibu campus, according to a DPS update posted Feb. 27. The update states that when mountain lions are trapped they often leave the area afterward.

In an email, Director of Public Safety Dawn Emrich wrote that when mountain lion sightings are reported, DPS notifies designated outside agencies, including the National Parks Service, the California Department of Fish and Wildlife and the LA County Sheriff’s Dept.

These agencies have not seen any change in mountain lion behavior, Emrich wrote.

“When DPS verifies that a mountain lion has been sighted on campus, we make specific notifications to designated outside agencies and University administrators,” Emrich wrote. “So far, the outside agencies see no elevated risk in the lion behavior we are experiencing.”

When Shearer encountered the mountain lion, he said it all happened so fast that he did not have much time to react.

“I responded by yelling and kind of going at it,” Shearer said. “I didn’t want it to get my dog but by that point it had turned and it was running off.”

Emrich wrote that it is important for members of the Pepperdine community to remain vigilant and follow the best practices when encountering a mountain lion.

“Nevertheless, it is very important that all members of the Pepperdine community remain vigilant and follow best practices. University officials will continue to monitor this matter, express our concerns to the agencies and advise the community to remain alert to wildlife on campus.”

Shearer was concerned after his encounter that mountain lions were exhibiting strange behavior.

Freshman Kara Tyler said the mountain lion sightings scared her. She also said there needs to be a better response.

“I think Pepperdine really needs to do something about the mountain lion issue,” Tyler said. “I’m afraid, as a student, to walk alone late at night, which is a big issue to me. I get it there’s a couple sightings a year, but after several dozen now, something needs to be done.”

Emrich said Pepperdine officials have requested that mountain lions be relocated off campus, but these requests have been denied.

Shearer was also concerned with DPS’ response to mountain lion sightings. He was concerned that there has been no change in response after his encounter.

“They seem to be treating our interactions with mountain lions as if nothing had changed,” Shearer said. “As if well we’re just spotting mountain lions, and I don’t know if that’s true.”

Emrich wrote that DPS will continue monitoring the situation and advised the community to stay aware and follow the best safety practices.

“Pepperdine officials place the highest priority on the safety of our students, faculty, staff, and campus visitors and remain in close communication with National Parks Service biologists, who have studied mountain lion behavior in the Santa Monica Mountains for many years,” Emrich wrote. “University officials will continue to monitor this matter, express our concerns to the agencies, and advise the community to remain alert to wildlife on campus.”