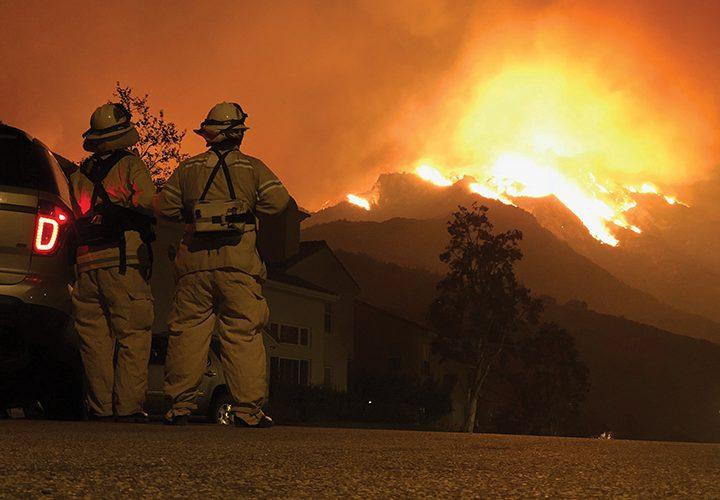 Firefighters tend to the 2018 Woolsey Fire blaze peaking over the Santa Monica Mountains.

As smoke from the 90-acre Rock Pool Fire rose over the hills of Malibu Canyon on Sunday, Aug. 16, residents of Malibu faced the chilling reality that wildfire season has yet again returned.

The wildfire season, which generally takes place between the months of September and November, requires much preparation and cooperation between Pepperdine University, Malibu city officials and residents to ensure safety.

“I think people are taking [wildfire season preparations] seriously, but there also is a side of human nature where we just move on,” Mayor of Malibu Mikke Pierson said. “After every fire, everyone says they’re so prepared the next time.”

As a resident of Thousand Oaks, junior Aaron Ekenstam is familiar with the threats of fires in his town. He said he believes he is prepared but noted that those who are not used to the fire season might not realize the potential severity.

“People either take it super seriously or not at all,” Ekenstam said. “Whether you understand it or not, it can still blindside you.”

Like many others in the area, Ekenstam’s family prepared an emergency readiness kit in case of a fire. The kit includes items such as food, water, first-aid supplies and extra money.

One of the primary collaborative efforts between Pepperdine and the City of Malibu is fire safety and prevention. In times of peril, Pepperdine offers its facilities and resources, including Alumni Park, which takes on the name “Alpha 88” in the county emergency plan and is used for its water supply and landing areas.

“We work closely with the city of Malibu and have a great collaborative relationship with them,” said Phil Phillips, Pepperdine’s senior vice president of administration and Chief Operating Officer. “We have ongoing communication with them so that anything we know, they know.”

Phillips said he considers the Woolsey Fire a significant learning experience for the University. Pepperdine has since increased both the training and number of its DPS fire officers and purchased an additional fire engine. 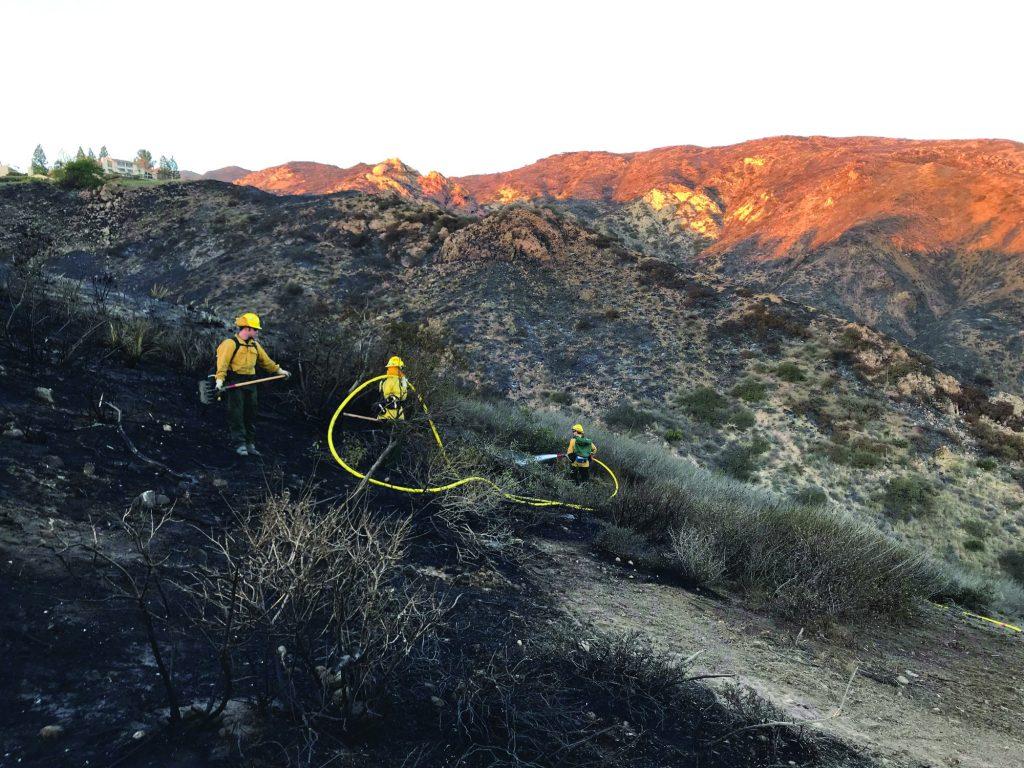 Firefighters carry equipment through the destructive Woolsey Fire aftermath in 2018.

“Nevertheless, we still want to ask what could go better, and we made a lot of changes to our plans, in particular in talking to students about communication while they were sheltering in place,” Phillips said.

Pepperdine’s fire safety plan involves students sheltering-in-place on campus, which students did during the Woolsey Fire. Pepperdine’s campus — built to withstand a high fire-danger zone — was still met with controversy, as many students felt trapped on campus during Woolsey.

“The fact that students sheltered in place there was the smartest thing to do,” Pierson said.

Pierson, who took on the role of mayor in July, said he continues to prioritize fire prevention safety and awareness in the City of Malibu. Since Woolsey, Pierson has set up community bulletin boards with fire information, hosted special fire safety classes for seniors and has even seen the Malibu Community Emergency Response Team (CERT) quadruple in size.

To further ensure safety and preparation, the City of Malibu hired retired battalion chief Jerry Vandermeulen to take on the role of Fire Safety Liaison. Duties of the Fire Safety Liaison include monitoring current fire conditions in Malibu and visiting homes for fire risk assessments, according to the Malibu city website.

Vandermeulen said he hopes to soon see a Community Wildfire Protection Program approved specifically for the city of Malibu. Malibu currently takes part in a county-wide CWPP, but a city-specific plan would allow the city to qualify for future state and federal funding, which would assist in preparation down the road.

“The CWPP is a planning tool long-range, long term — not necessarily just for the wildfire season,” Vandermeulen said.

Some Malibu residents, including Communication Studies professor Jennifer Akamine Phillips, have taken planning and preparation into their own hands. Akamine Phillips is a member of her neighborhood’s CERT program, which provides her with the opportunity to take fire safety classes.

“We’re not professionals; we’re all amateurs in this and learning ourselves,” Akamine Phillips said. “We are helping each other and working as a team collectively to get information from all the various resources that we see, especially because misinformation can come quickly and we want to avoid listening to that.”

Akamine Phillips’ community, located adjacent to Malibu State Creek Park, is made up of 130 houses. Twenty-five percent of those houses burned down during Woolsey, and even more obtained smoke damage, Akamine Phillips said. Since then, the community has become more mindful of future fire seasons and hopes to act as a model for other communities.

“It’s basically always in the back of our mind for a lot of the things and decisions that we make moving forward,” Akamine Phillips said. “We’re a lot more cautious about the months of September to November.”

Pepperdine community members are encouraged to sign up for emergency information alerts from Pepperdine at emergency.pepperdine.edu.

Campus Life Fee Moves Virtual: Where Your Money is Going 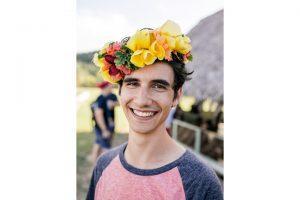 Photos courtesy of Brandon OddoSenior Brandon Oddo smiles at an event while donning a flower crown. During his time at Pepperdine,...
Copyright 2013 Jupiter Premium Magazine Theme
Back to top