Pepperdine Maintains Its Stance Against Marijuana 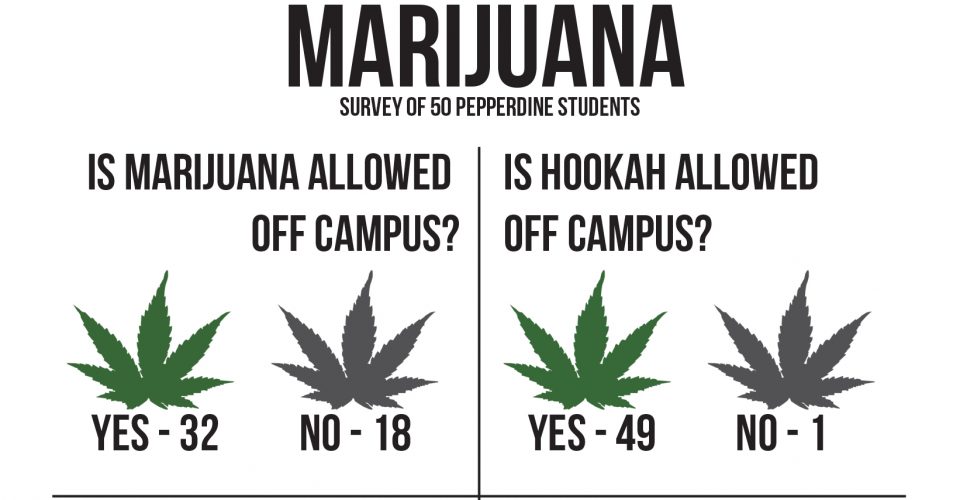 By California law, a college student must be at least 21 and more than 1,000 feet from any school campus to consume marijuana. For a Pepperdine student, smoking at Malibu Country Mart would roughly quadruple this legal distance requirement — that is, until the student double-checked Pepperdine’s Student Handbook.

Although recreational use of marijuana in California has been legal since Proposition 64 passed in November, Pepperdine remains firm in prohibiting use of mind- or function-altering substances both on and off campus. Changing the policy has “never been on the table,” Associate Dean of Student Affairs for Community Standards Sharon Beard said.

“We care about our students on and off campus,” Beard said, mentioning that Pepperdine likewise does not recognize medical marijuana cards, regardless of location or condition. “It basically goes back to that we don’t want our students to be under the influence of alcohol or drugs.”

Universities that accept federal funding are required to be drug-free under the Drug Free Schools and Communities Act, but off-campus rules vary from college to college. Pepperdine is not alone in banning off-campus cannabis in California — universities such as Westmont University, Biola University, Loyola Marymount University, and Azusa Pacific University do likewise.

Often times, however, the specific policies are nebulous and hard to find. For example, while California Baptist University and Chapman University specifically banned use of on-campus medical marijuana, their student handbooks had no mention of off-campus or recreational use. Aside from Pepperdine and APU, each student handbook of the aforementioned colleges still refers to marijuana as an “illegal substance” by California law, posing the question of whether or not its off-campus usage is still banned now that the drug has been legalized.

The lack of clarity since Proposition 64 passed exists on Pepperdine’s campus as well. In a nonscientific survey of 50 Pepperdine students, 32 said they believed off-campus recreational use of marijuana is allowed by the university, while 18 said it is not. Of these students, 23 said they had tried marijuana, 26 had not, and one student preferred not to answer. None of the 50 students had been in trouble with the university for violating drug policies. Students opinions on the subject, however, seemed to differ.

“I think people deserve to have their freedoms, as long as it is legal and not hurting anybody,” senior Mark Wasson said.

Senior Faith Bui said she does not like marijuana use because “it’s a gateway drug,” though she “can’t speak that way about everyone.”

“I’ve just seen so many people start smoking pot and start doing other things,” Bui said. “Since it’s legalized, I think it’s inevitable that students use marijuana. And since it is going to happen anyways, I think the school should recognize that. This way students are just going to start sneaking around. I would want the school to provide some sort of other support.”

Pepperdine does, in fact, host a Recovery Support Group from Alcohol & Drug Addiction through the Counseling Center. Students do not have to worry about getting “ousted” for joining, as their participation is legally confidential from the University.

While trends report that marijuana use is on the rise for college students, Beard said Pepperdine’s numbers are “pretty stable.” From 2014 to 2015, there were 32 students charged with drug use or possession; from 2015 to 2016, 27 students were charged, and 10 students have been charged so far this academic year. Beard made the distinction that these cases reflect the number of students caught each year as opposed to the number of students that use drugs.

While off-campus drug policies are just as strict as on-campus, Beard said she doesn’t spend her weekends busting down doors undercover. In the event that a student is caught in violation of Pepperdine’s drug policy, Beard decides one of two things: either deal with the student directly (meaning the worst punishment is probation), or send them to the Student Advisory Council, which can give punishments upwards of suspension. Beard said the Student Advisory Council is composed of one to two faculty members, staff members and students. While Pepperdine follows a Standard Sanctions chart, Beard said procedures are typically on a case-by-case basis and that drug testing is a “normal part of the drug process.”

For instance, junior Ryan Opton said one of his friends got caught with a medical card and “had to take drug tests every other week” until the end of semester.

“Our goal is that students are not continuing to do drugs,” Beard said.

Pepperdine has a contract with Alo House Recovery Center where students are required to get tested regularly “for a set period of time,” Beard said.

As for the drug paraphernalia section of the Student Handbook, Pepperdine also bans the on-or off-campus use of hookahs — a rule that 49 of the 50 surveyed students didn’t know.

“At the time that hookahs were banned, it was pretty well known that students would use hookah to smoke marijuana,” Beard said. “It wasn’t just for tobacco use. In the same way, currently if someone is using a vape pen to just smoke tobacco, that is permissible in designated smoking areas on campus. However, we are going to revisit this particular issue with SGA and see if it has moved toward a drug paraphernalia where people are just using vape pens to smoke marijuana. If we see that being an issue, we would look at eliminating those from our campus as well.”

The Student Handbook gets updated at the end of every academic year, though typically, policies are clarified rather than changed. Beard made clear one thing for certain: The policies on cannabis won’t be getting altered anytime soon. 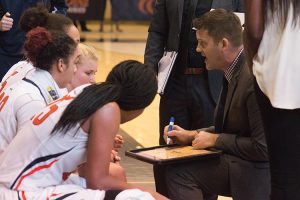