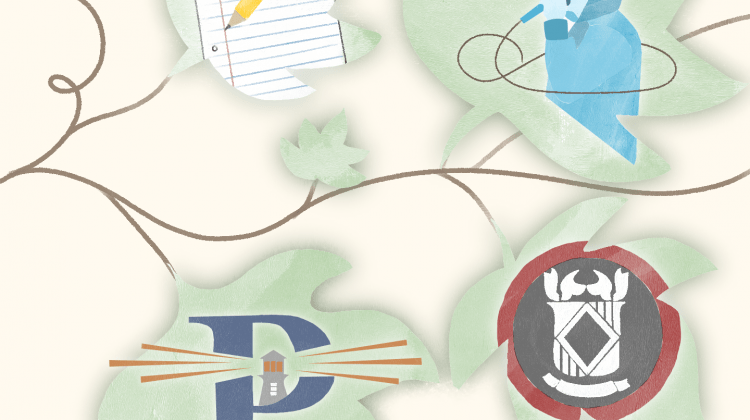 ICC got a little bigger this spring with the addition of four new clubs for students to join: Beatbox Club, The Pepperdine Beacon, Creative Writing Club and the National Society of Leadership and Success.

From learning about the art of beatboxing to sharpening leadership skills, these clubs engage students in different hobbies and interests. Their founders shared some insight as to what their organizations are about and their goals moving forward.

“It’s always good to be a part of something bigger than yourself, and you’ll meet people and make friends and have a good experience,” said Caden Benedict, founder of The Pepperdine Beacon.

Ayon Wickramasinghe, president of the Beatbox Club, is a first-year Film major with a love for the art.

“I think beatboxing is music,” Wickramasinghe said. “And I want people to discover this art form.”

Wickramasinghe said the idea for the club began with his suitemates. The group would watch beatboxing battles together and wanted to bring even more people together to appreciate the activity.

“It’s for everybody,” Wickramasinghe said. “I think anyone can love beatboxing or even get into it.”

Attending club members can expect 30 minute to an hour long meetings at 6 p.m. on Thursday. Wickramasinghe said it’s as simple as showing up and scanning their Peppervine event pass.

“The club basically will watch videos of some of the best-viewed boxers in the world, understand what techniques they use, why their beatboxing is unique,” Wickramasinghe said. “But, most importantly, have fun.”

Although it is just starting up, Wickraminshge said he has some big ideas for the future of this club.

“The first goal is to gain members because this is a new club,” Wickramasinghe said. “The big goal would be to, hopefully, start a community of people who actually want to start learning how to beatbox and eventually hold public beatbox shows.”

Dedicated to reporting on topics of news, religion, life and arts, Benedict said The Pepperdine Beacon is a periodical for the community.

Benedict said he had the idea of starting the club over a year ago for three reasons.

“We wanted to help create more of a free and pluralistic conversation on campus,” Benedict said. “We wanted a renewed focus on the University mission and values and to support those. And we also saw a need for more University-wide collaboration.”

Benedict said the aim is to have the team meet weekly to write and publish pieces that have diverse and defendable viewpoints.

“I would like to see us deepen our roots in the community — involve more students and faculty and alumni,” Benedict said.

Benedict said he has spent over 2,000 hours into creating the periodical.

“Starting The Beacon has probably been the most difficult thing I’ve ever done. But it’s also been the most fulfilling thing I think I’ve done,” Benedict said.

Students can express interest in the club by reaching out to any of the team’s leaders including Benedict himself, junior Editor in Chief Laurel Wood, and senior Managing Editor Patrick Grace. Students may also join the club via email or through the application on The Pepperdine Beacon’s website.

“We need all kinds of people — we need writers, we need organizational types, we need artists and designers and creatives,” Benedict said.

“Our mission is to inspire both a love for the craft of writing and for appreciation of other people’s creative writings,” Kovie said.

Kovie said her inspiration for the club began in her style and editing workshop class at Pepperdine which focused on creative nonfiction.

“Me and a couple of the other girls in that class decided to put a creative writing club together,” Kovie said. “So it’s gonna be sort of like an extension of that class, but of course, available for anyone who wants to join in.”

Kovie said everyone is welcome to join the club.

“You don’t have to be a creative writing major — you can just have an interest in writing in general,” Kovie said.

For the setup of the bi-weekly Wednesday sessions, Kovie said she plans for casual meetings in the CAC where everyone will get a writing prompt and in later sessions members are free to share their stories.

“Almost like an open mic, but just for creative writing in like a very comfortable atmosphere,” Kovie said.

National Society of Leadership and Success

With over 750 National Societies of Leadership and Success across the nation, Pepperdine becomes one of many to start one of their own chapters under the leadership of senior Economics major Sean Casey.

“There’s an application process, like for most clubs, but definitely anyone can apply,” Casey said. “And it’s an organization that is meant to have a lot of people be able to join.”

The society also engages its members by having guests speak on multiple campuses in programs called Speaker Broadcasts Casey said.

Bennett Kidder, a senior Organizational Communications major and co-leader of the chapter, advocates for the growth students undergo as a part of the club.