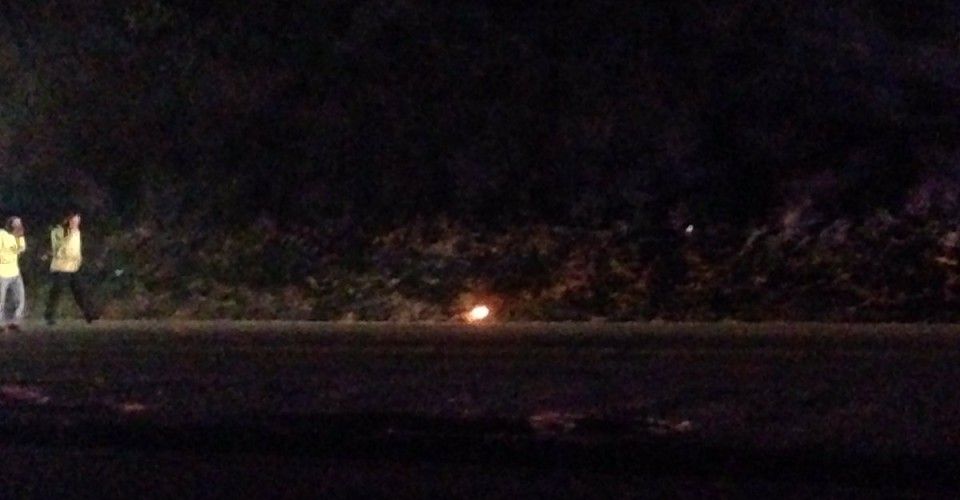 Photo and video by Hansol Hwang

Power was restored to Pepperdine and parts of Malibu at 12:18 a.m. on Tuesday after crews repaired a downed power line between John Tyler Drive and Malibu Seafood. The university and parts of northern Malibu were in the dark after a two hour outage that began Monday at 10 p.m.

Malibu was the only area affected by the power outage, according to an email from Alexandra Forero.

“During the outage primary safety procedures, including elevator checks and housing monitoring, were implemented. University officials were in constant direct contact with Southern California Edison, determining that the outage was not an immediate threat to campus. The power outage, which was caused by off-campus equipment, was monitored for its entirety and lasted less than three hours,” Forero wrote.

The power outages in Malibu and Calabasas were unrelated as the Calabasas outage was connected to a vault fire at a business building not affiliated with the university on Agoura Rd, according to Forero.

“The cause of the outage was due to equipment problems resulting from power lines and poles being down,” Forero wrote. “We have confirmed with Southern California Edison that the power was completely restored. The problem is not anticipated to continue.”

The manual permit-entry gate was re-opened at Pepperdine’s Malibu Canyon entrance after the electronic handle was reportedly stuck partly raised because of the power outage.

Electronic keypads in freshman dorms went out as well, which DPS said are usually powered by generators. There were multiple reports that some students who left their dorms could not use their key cards to re-enter because of this.

President Andrew K. Benton was at the DPS office following the power outage and said, “We live in paradise. What that means is we occasionally face difficulty … Tonight it was electricity.”

Sophomore Jesse Monroe said that he was in his room in Towers when the power went out.

“I went to go check on some people in Towers to see if they were okay,” Monroe said. “I did see people come out of their rooms in confusion and saw people on main campus running around with their flashlights.”

Southern California Edison (SCE) said that the downed power line was caused by equipment problems possibly caused by wind. The power line has been fixed and replaced.

Junior Ben Huyard lives in “Stinkies” and was surprised when his lights went out and air conditioner stopped.

“First the smaller fire truck and a larger fire truck came in, illuminating the parking lot and buildings,” Huyard said.

It is not known why fire trucks were at “Stinkies.”

SCE also said it was a widespread outage that affected over 2,000 people, including homes and businesses in the Malibu area. There were nine outages overall, five of them in Malibu and four of them in Los Angeles County, two of them being planned.

This article was updated at 7:53 p.m  on Oct. 24 with additional students interviews and information from Southern California Edison.

Chad Jimenez and Rachal Marquez also contributed to the reporting of this article.

This article was updated at 8:26 on Oct. 27 with a comment from Alexandra Forero. 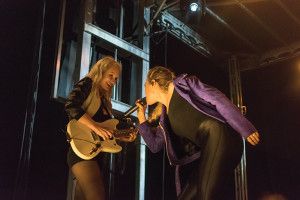