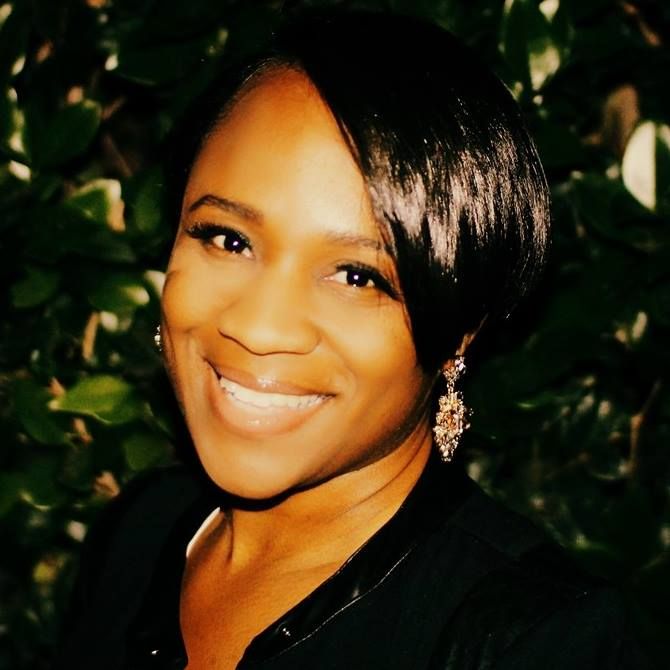 La Shonda Coleman moved into her office just ten days ago, but already her workspace is dotted with a few colorful orchids and one painting of a woman dancing in a bright swirling dress propped up against the wall atop a cabinet.

This painting is not there by coincidence; Coleman has had it in her office space for years. She said that to her, it represents “a human being on the planet whose life has value.” The dancer’s face is turned away from the viewer, leaving her identity unknown. “The spirit of just feeling, being free, [to] just be, is what this represents to me,” Coleman said.

Coleman is the new Title IX Coordinator for Students, a position that requires her to promptly respond to complaints or issues regarding sexual violence, domestic violence, intimate partner violence, stalking, sex discrimination and discrimination based on gender identity or pregnancy, to name a few. She also oversees Pepperdine’s compliance with Title IX regulations, and spearheads prevention education efforts in conjunction with other University offices.

Coleman looks at the painting as a representation of her calling to this job.

“I guess that ties into what draws me to this position,” she said. “I believe that we are all born into this world with the freedom to be, and my hope is that anything that threatens that, that we address it in a way where we protect that passion for someone to just be, exist, and to realize their purpose and their potential. When harm happens, that threatens that vitality.”

She said if she can help to remove those threats and support people to “live freely,” that is what she wants to do. The painting serves as a reminder of this idea.

“I’ve had it for at least four years,” she said. “But what it captures, I’ve had I believe with my whole life.”

Before coming to Pepperdine, Coleman served as director of college programs for the Santa Monica-UCLA Rape Treatment Center, partnering with more than 40 colleges, including Pepperdine, to provide education on gender-based violence. As a licensed clinical social worker, Coleman also provided direct counseling and psychotherapy services to survivors.

During her decade of work with the center, Coleman worked with administrators to develop and enhance sexual assault policies and train first responders with a trauma-based approach. She also served on the UC-wide sexual assault prevention task force created by University of California President Janet Napolitano.

In addition to policy, procedure and education work, Coleman said that working with students was the “heart and soul of the work.”

Coleman’s work at Pepperdine exemplifies this idea, according to Senior Director of Counseling, Health and Wellness Connie Horton, who has worked with Coleman throughout her own Pepperdine career.

Horton said that Coleman was one of the first people she thought of to fill the position.

“She’s very inclusive to all different students and I think she’s just perfect for us,” Horton said. “She has a nice partnership, collaborative attitude with both students and with our staff.”

Coleman has been involved with training first-year students in conjunction with Housing and Residence Life in past years. She also spoke at the Pepperdine School of Law about gender-based violence last spring, and has given several talks for classes at Seaver College.

Vice President for Student Life Mark Davis said that Coleman came with glowing references from her former supervisor at the rape treatment center. “They’ve never run into anyone who doesn’t just love La Shonda,” he said.

“We’re just delighted to have someone who has such expertise and connections with so many other schools to really know the best practices and how to address this,” Davis said.

Coleman began serving in her church community at a young age. She said she remembers helping with voter registration, creating posters and helping to coordinate and manage food drives.

Her faith informs her daily, she said, and inspires her to “lead humbly.”

“A lot of my influence comes from that, where it’s focused on justice, compassion and service.”

She later looked for these opportunities while studying as an undergraduate student at California State University Northridge, where she began working with young men in a juvenile justice camps.

While her mission there began as a way to help increase literacy, after noticing a high rate of recidivism, Coleman began working to help the men register for community college and complete financial aid forms. This “exit program” helped build “something to live for outside of what maybe brought them [to the camps],” she said.

Coleman also noticed that many of her clients had a dual diagnosis of both mental health and substance abuse issues. Many also had histories of sexual abuse, sexual violence, or exposure to gender-based harm.

“I found that there was just a need to really do more around this issue, and so I think that informed me really focusing more on sexual violence,” she said.

This became the focus of her graduate student career at USC, during which she created a documentary film on acquaintance rape. It was through this film that Coleman became involved at the rape treatment center.

Coleman’s goals now are to get to know student clubs and open up the conversation to everyone on campus, in addition to continuing prevention education that is already in place. She said she hopes to create future workshops on topics such as consent and healthy relationships in partnership with Health and Wellness.

She also said she plans to assess the current prevention education for students going abroad and enhance that to “ensure that our students are well prepared for going abroad” and feel as safe and supported as they would in Malibu.

Coleman said that hope is what keeps her going in this work and service. In her years of work, she said that she has heard many doubts about whether sexual assault and gender-based harm can be stopped.

“I don’t believe we’re born into this,” she said. “I believe that there are behaviors that are socially learned and in some cases accepted and it shouldn’t be when it’s harming another human being. And I believe that if we are really intentional about caring for other people, loving one another like we love ourself like the word directs us to, that we can, we can, really truly reduce the numbers that we see when it comes to sexual violence.”