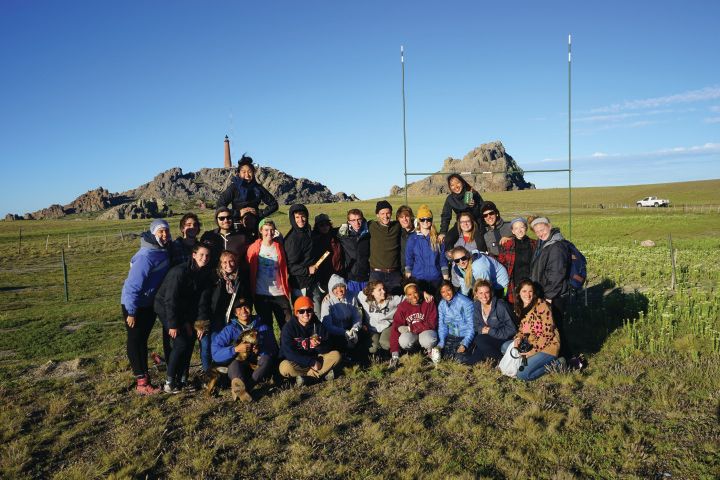 “They presented sheep testicles, and on my plate I got the huff and the leg with fur still attached,” sophomore Callaghan McDonough said. “It’s the only time I questioned [becoming] a vegetarian.”

The students spent a majority of their week in various towns along the Eastern side of Patagonia, a southern region of Argentina shared with Chile, which is known for its vast landscape and sparse population.

Experience is what the students received. From drinking Argentine tea called “mate” with locals to sleeping in a cave, the trip ignited an array of Patagonia culture at its core.

The first couple of days in Puerto Deseado set the tone for the rest of the trip, with local nature being seen as the students kayaked and played soccer with locals and danced tango with the Argentine students.

“I have found that music and dance are unifying themes across culture,” McDonough said. The dance party during the first night allowed the two groups of students to bond.

When the dance party ceased, a new party began. A simple want for a guitar led the students into a local home where they were welcomed graciously. The students drank mate together and learned proper techniques when sharing mate such as passing etiquette. By the end of the night, the Argentine locals presented the students with rhea eggs, which are much larger than the common egg we may think of for breakfast. The eggs hit the stove a few days later as scrambled breakfast for the students.

Over the next couple of days, the students embarked to an abandoned cape town, Cabo Blanco, where a lighthouse and wildlife rule the terrain.

As the sun set in Cabo Blanco, cold crisp air filled students’ lungs with each expansion and contraction, resulting in frosty breath clouding the immediate space around them as they slept in the open landscape.

Students slept in a variety of places: the beach, a tent or even a small cave meant for one, maybe two bodies. One night when McDonough slept on the open beach he said he woke up spooning a dog the group called Perry in order to warm both bodies.

The nights may have been bitter due to the drastic drops in temperature, but the midnight sky also created a beautiful astronomic scene, McDonough said.

“You feel like you’re in a snow globe,” McDonough said. “Every direction you feel as if you’re under a dome; everything is clear as you look around.”

Scanning the panoramic view of vivid stars, McDonough said the moon shone bright, making visible the dark side of its round body and illuminating the terrain. As the astronomic landscape dominated the night, beautiful scenery prevailed during the day.

Rocks and boulders presented an opportunity for students to climb hundreds of feet to be greeted by the expansive sight of the Atlantic Ocean. On the ground, morning dew rose from the grass and filled the student’s nostrils, exerting a sweet scent as the prairies produced fresh oxygen.

“I have never seen a beach with no civilization,” sophomore Truman Clark wrote in an email. “We looked around 360 degrees and saw nothing but the ocean, the desolate landscape and each other.” 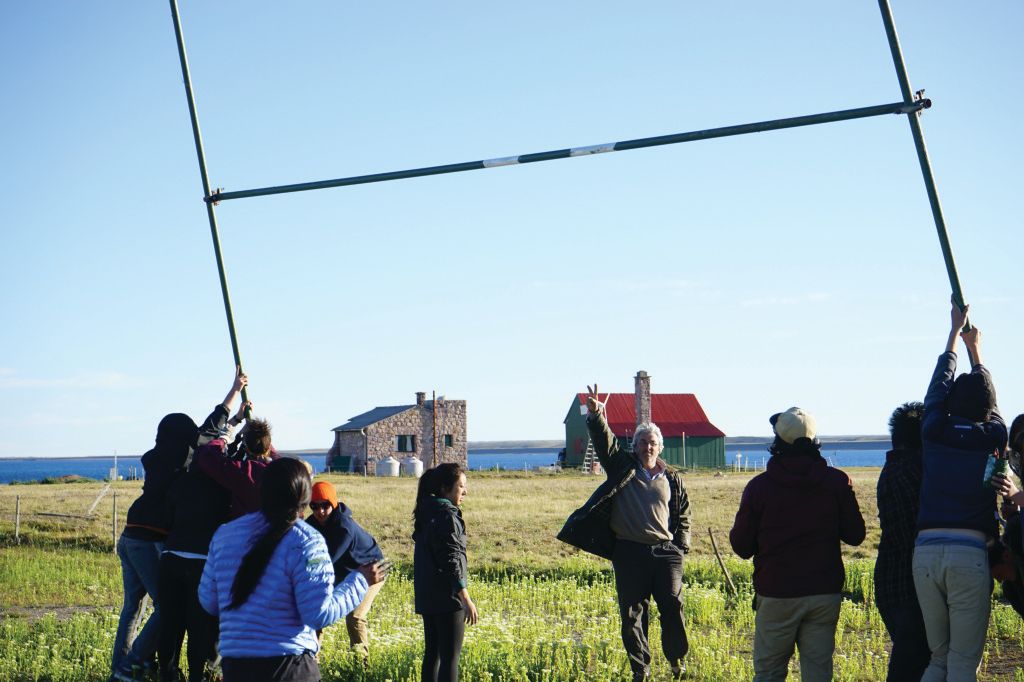 Despite the minimal human population for miles, wildlife in the region thrives.

While students enjoyed the extensive cultural aspects in each location, they also accomplished two days of service work in Cabo Blanco.

McDonough said UCA professor and trip leader Alex Vallega has a dream to give others the opportunity to experience the expansiveness and beauty of Cabo Blanco’s nature just as the students did, but with shelter and park ranger resources. Vallega has transformed the town’s abandoned post office into a hostel, and this trip was dedicated to painting the building and constructing a rugby field.

Regardless of the uncomfortable moments, both students agreed the entire experience was incredible and are happy with their long weekend destination.

McDonough said he might come back to travel to destinations such as Rio de Janiero and Machu Picchu, but it is less likely the desolate Cabo Blanco with one lighthouse will be a duplicate experience.

Buenos Aires students have many more experiences to look forward to as the semester and year progress. Price said Clark, McDonough, himself and others look forward to traveling north next to visit Pathanosa, a private nature reserve known as one of the last strongholds of the Argentine tropical rainforest. 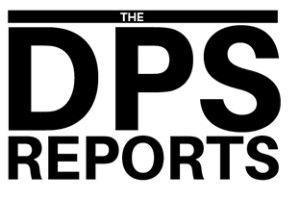