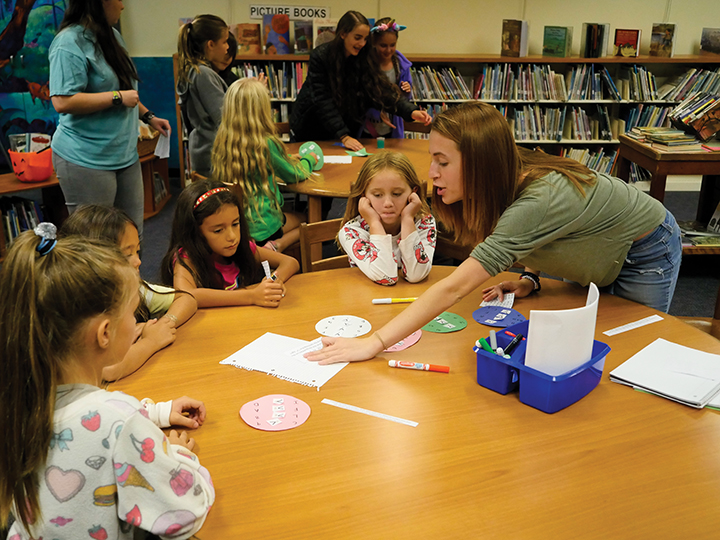 Sophomore Regents’ Scholars hosted Family Math Night Oct. 9 for Webster Elementary school children to engage with math in a fun way. The event consisted of several math-related games and activities including an interactive magic show, a math-themed escape room, a marshmallow tower challenge and the engineering of an M&M catapult.

“It’s a great example of taking Pepperdine and serving the community of Malibu,” Donna Nofziger, director of the Regents’ Scholars program, said. “If we just stay on our hill up there, then what is the good of knowledge?”

Nofziger said she was inspired to host the event because of the success of her annual Family Science Night, also at Webster Elementary, which typically attracts over 250 people every spring. Parents and faculty often asked her to do a similar event for math so she decided to meet the demand. The sophomore class of Regents’ Scholars spearheaded the event but all classes of Regents’ Scholars were invited to participate.

“The impressive thing is I just asked for volunteers,” Nofgizer said. “The sophomore Regents’ Scholars are not getting any credit for it.”

Nofgizer also invited students from her cell biology class, and many of them brought friends of their own.

“The family events and the student events all really help lead to increased pride in their school and connection with each other,” Miller said. “It strengthens both our student relationships and our family relationships, while also doing something fun and academic.” 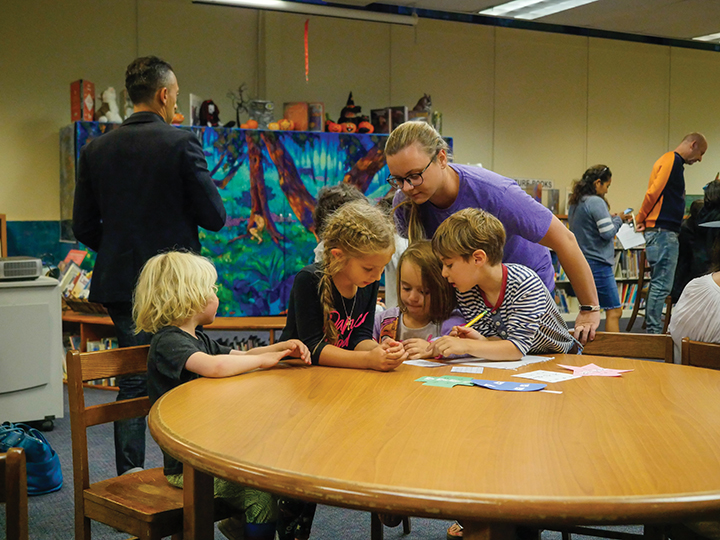 Although primarily Regents’ Scholars attended, there were many other students who volunteered.

“They looked like they were having a lot of fun doing math and solving problems and that is what I enjoyed the most,” Josh Vasquez, sophomore and student volunteer, said.

The event started with an interactive math magic show by Brandon Oddo, the Regents’ Scholars program’s sophomore coordinator. The kids were able to engage with the magic.

“It was just a time for students and parents to laugh,” Oddo said.

During the show, the kids summoned the mythical “Mr. Math,” a math wizard that lives underneath Webster Elementary. Apparently he was offended that he himself hadn’t been invited to family math night, Oddo said.

The kids then broke up into several groups and went into different rooms housing various activities.

As the title implies, the family math night is not just for the kids, but for the community at large, Miller said. Many parents were in attendance.

“I think its great anytime we can get our families out and together, but its even more amazing when we’re able to do something together with the community and Pepperdine’s a big part of our community,” Karin Al-Hardan, president of Webster PTA, said. “The relationship that we’ve created here, the partnership with Pepperdine and with the Regents and with [Nozfiger’s] students has been really incredible.” 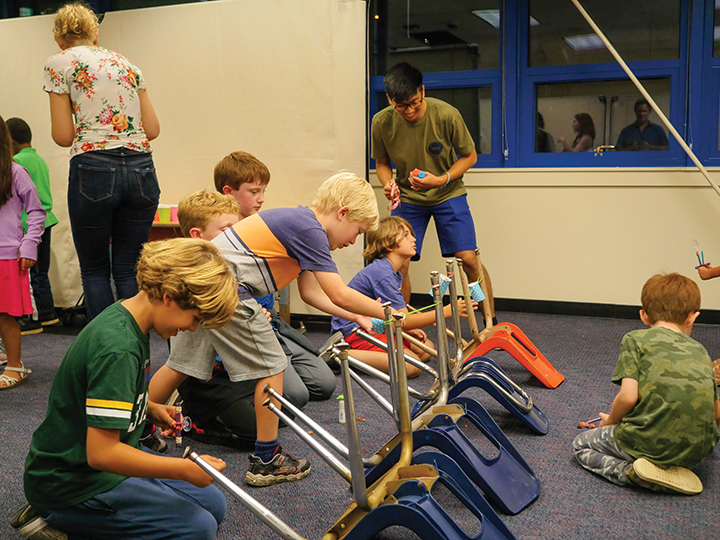 But when these kids saw the Pepp students doing math and got to play games, they were fully engaged, Al-Harden said.

“We’re always trying to get them excited about math and science and when they see students your age doing it, it makes it a little more fun for them and a little more real,” Al-Harden said. “You bring the fundamentals of math to them in a really fun and exciting way that they can experience with friends.”