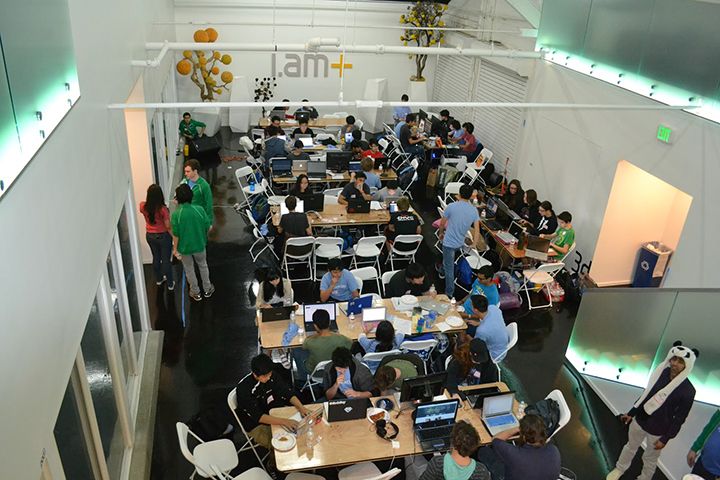 Aspiring application developers, computer programmers and web producers took part this past weekend in CodeDay, a nationwide movement attracting thousands of high school and college students for 24 hours of innovation, collaboration and development of new ideas in 30 cities across the United States.

Approximately 100 eager students convened at seven-time Grammy winner will.i.am’s studio last weekend for the fifth annual Winter CodeDay Los Angeles — a StudentRND coding marathon open to individuals of all backgrounds and skill levels. StudentRND is a non-profit organization dedicated to providing technological programs that can help students throughout their lives.

Pepperdine had representation at the event with student leadership participation in the organizational sector. President Andrew K. Benton and his wife Debbie made a personal donation to the cause.

“The ability to create good code is fundamental to the American marketplace,” Benton said. “We are increasingly dependent upon technology and these opportunities are value-added experiences for students.”

A coding marathon is an event where computer programmers and individuals in related fields collaborate on developing software or hardware in a short period of time.

CodeDayLA attendees arrived at noon on Saturday, when they brainstormed ideas, formed teams and began coding through the night with the goal of completing their projects by noon the following day. There were approximately 30 teams competing for the winning titles of Best Game, Best Program and Best Overall.

John Banuelos, an organizer of CodeDayLA and a third-year Business Administration student at Pepperdine, provided mentorship and assistance with coding to all teams over the weekend.

“Confidence is key for young coders,” Banuelos said. “It’s not about what they’ve created, it’s that they’ve taken the time to create it.”

He added that previous knowledge in coding is not a requirement at coding marathons. Alongside the experienced hackers, approximately one-third of the attendees at CodeDayLA were first-time coding marathon participants. Organizers provided workshops in coding language and programs to give new coders to the opportunity to diversify their knowledge. Here, attendees were able to learn the programming languages and platforms of JavaScript, Splunk and Unity.

Banuelos encouraged attendees to continue coding and to seek out various avenues in which to display their talents. He stressed the importance of taking advantage of the opportunities around them to change the world through the creation and innovation of technology. 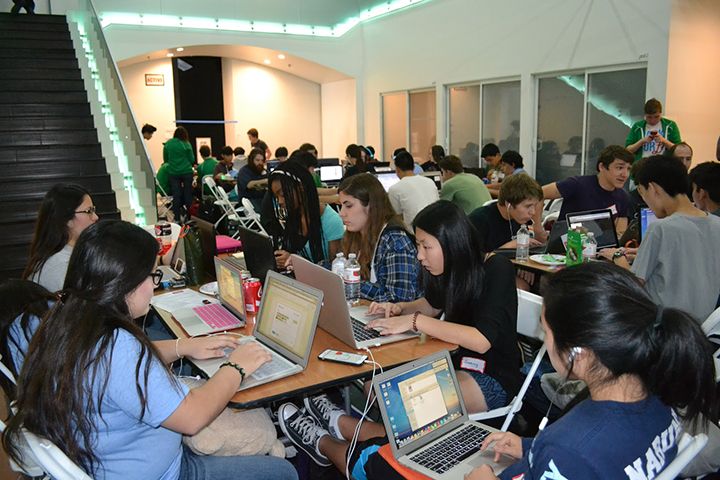 “The atmosphere at events like CodeDay is inspiring for anyone who seeks to get into technology,” Banuelos said. “When you can walk through a room at 4 a.m. and feel an overwhelming sense of dedication and influence, you know you’re in the presence of next- generation leaders.”

StudentRND and several technology-based global sponsors, including Splunk, Lexis Nexis and Intellectual Ventures, funded the CodeDayLA. These companies funded the event with about $25,000 in discretionary usage funding. Hacker Fund, a non-profit devoted to teaching youth to fall in love with technology, provided onsite mentors and judges during the event.

Companies sponsor coding marathons for various reasons, including recruiting, branding and exposure — but more importantly, they are aligned with the mission of contributing in building a community of technology advanced youth through coding and creation, while educating the youth to be powerful, Banuelos said.

They based the physics used on Newton’s law of universal gravitation and Newton’s second law of motion, while they created the trajectory prediction using Euler’s method; all laws were translated into code.

The team first met and began developing the winning idea Saturday. Leddy said he has been coding for five years, but he had only previously attended one coding marathon prior to earning this winning title.

“Coding is both difficult and fun,” Leddy said. “Most of the time enjoyment outweighs the difficulty, but even when it doesn’t I enjoy the difficult aspects as well.”

CodeDay gave him the chance to experiment in a focused workspace.

“I get the chance to meet people and collaborate while being introduced to amazing ideas I didn’t previously know about,” Leddy said.

Justin Brezhnev, executive director of Hacker Fund and StudentRND mentor, emphasized the importance of building a network of relationships within the fields of computer science and technology. He said attendees often develop these essential relationships at coding marathons such as CodeDayLA. 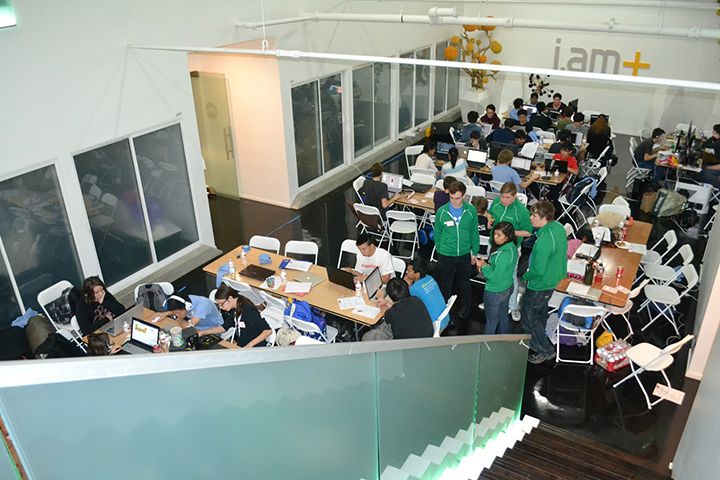 Organizers gave attendees a unique opportunity to participate in an Android workshop that was overseen by will.i.am and led by will.i.am’s head Android developer. Students were able to witness the new technology of the Puls Smartband, a similar technology to Apple Watch and Samsung Smartwatch, and were encouraged to create Android apps that would be compatible with the Puls. As a public advocate for the advancement of technology, will.i.am provided his studio as a venue for the event, as well as provided Puls Smartbands for students to use in their projects and demonstrations, Banuelos said.

Banuelos added that he hopes to make Pepperdine a more prominent university in the realm of computer sciences and one of the major institutions that comes to mind for future programmers and coders in the greater Los Angeles area.

Individuals interested in becoming involved with the CodeDay organization as participants, organizers or sponsors may visit https://codeday.org. 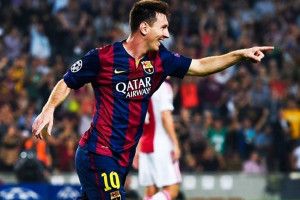 Photo Courtesy of David Ramos/Getty ImagesWhen it comes to soccer, it doesn’t get any better than the UEFA Champions...
Copyright 2013 Jupiter Premium Magazine Theme
Back to top