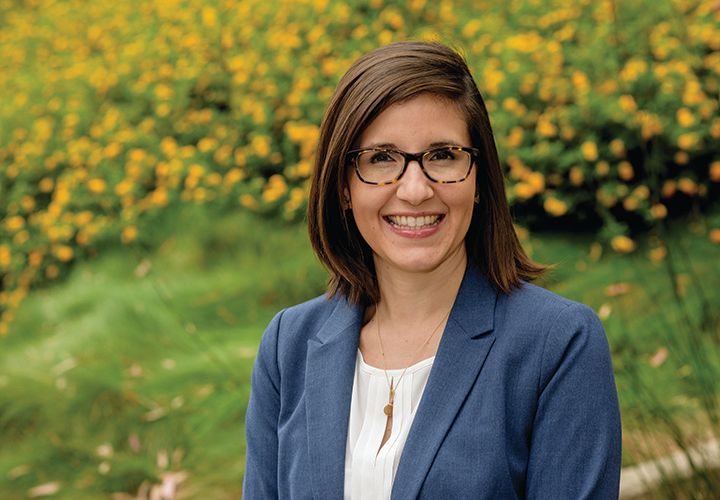 Along with the incoming freshman class and transfer students this semester, Pepperdine welcomed back alumna and former employee Kristy Paredes Collins as Seaver’s new dean of Enrollment Management.

As dean of Enrollment Management, she will have “the privilege of leading the Offices of Financial Assistance, International Student Services and Admission,” Collins wrote in an email. She added that each of these different areas is filled with talented individuals whose primary focus is to serve students in a variety of capacities, including recruiting and counseling.

Harper Matthews, one of Pepperdine’s admission counselors, wrote in an email that she is looking forward to the continued success the Enrollment Management program will have with Collins as the new dean.

“Kristy is a wonderful leader and mentor … I believe that [her] leadership style, student-centric perspective and love for the university will continue to make our department even stronger,” she wrote.

When asked about foreseeable changes coming in the near future, Collins wrote, “I do not expect there to be any significant changes coming out of the Office of Admission in the coming year,” she wrote. “It is during this first year that I plan to learn, listen and observe.”

Collins did mention one new thing that will be coming out of the Office of Admission this year: a new documentary series called “Rising Tide.”

“The series will follow five students through their whole first-year experience,” she said. “The first episode, which is themed around NSO, will be released this week. Ben Holcomb, recent Seaver grad and marketing and social media manager, has been working tirelessly on this innovative project that will give prospective students from across the world a real-life look into the lives of new students.”

Before returning to Pepperdine, Collins’ most recent position was as special assistant to the provost of Azusa Pacific University. In that position, she conducted research and generated information “to help inform policies and decision-making to promote the strategic goals of the institution.” In addition to providing information to the provost and the Academic Cabinet to assist them in decision-making, she also played a role in communicating with faculty and coordinating university-wide initiatives, according to Collins.

“This experience was valuable and allowed me to understand the importance of fostering cross-campus relationships and having a deeper understanding of how the university works as an ecosystem,” she wrote.

Collins also wrote that her prior leadership experience and institutional knowledge contributed significantly to her being selected as the new dean, and when she heard about the opening here at Pepperdine, she jumped at the opportunity.

“I was not planning to leave my previous role at APU,” she wrote, “but when the opportunity became available, I knew I had to submit my application. It is an honor to be at the helm of such an outstanding team as Enrollment Management. I look forward to many years ahead.”

That same experience and knowledge she obtained while at APU will ultimately be of help to her in her current position, Collins wrote.

“I have had the privilege of serving in progressively more challenging and fulfilling leadership roles in higher education,” she wrote. “Each of these leadership roles presented myriad challenges and opportunities for growth.”

Other programs that will continue to come from the Office of Admission this year, and which Collins expressed considerable excitement about, are the regional informational session and the recruiting trips conducted each fall.

“I always love having the opportunity to meet students across the country in their hometowns,” she wrote. “Many students do not have the ability to visit campus prior to submitting an application, and I love that we give students an opportunity to meet Pepperdine people face to face. Although I wish I could bring each one of those families to Pepperdine, it is quite enjoyable to bring a little bit of Pepperdine to them.”

Fall regional informational sessions are held in 17 cities across the U.S. and attract both prospective students and parents. They typically take place in hotel banquet halls, with the exception of the D.C. session, which is held at the Pepperdine D.C. house. At these information sessions, members of the Seaver Admissions staff talk about academics, student life and opportunities that the university has to offer. They also explain the admission and financial assistance process, according to an email from Arek Horozyan, the Associate Director of Admission. A list of the dates and locations for this year’s trips are available on Pepperdine’s website.

When asked how the destinations for the trips are chosen, Horozyan wrote, “Decisions on where to recruit are data-driven. We have certain cities we go to every year due to the historically high interest from students within these regions.”

The turnout for those sessions ranges from 75-200 potential applicants. Admission counselors will give a formal presentation discussing Pepperdine, its programs and an in-depth look at the admission process, according to Matthews, who has been with the admission staff for three years.

Collins, who completed her B.A. and M.A. at Pepperdine, spent her previous years of employment here with the Office of Admission. During this time she was also pursuing her doctorate degree in Higher Education from APU. The previous positions she held here included time as an admission counselor, associate director and eventually director, according to Collins.

“During my time as director, I participated in the implementation of policies and initiatives that shaped a class each year that was diverse, committed to the Christian mission and academically outstanding,” she wrote. 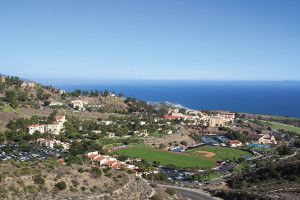 Photo by Danielle RomeoIn a recent post to POPSUGAR.com, Pepperdine was named one of the five most beautiful college campuses...
Copyright 2018 Pepperdine Graphic
Back to top