Beginning with a time for prayer at 9:30 a.m., the event took place outside of Firestone Fieldhouse and was sponsored by SGA, the Office of the Chaplain and the Seaver College Dean’s Office.

Feltner said he attended the event to “express that we’re a caring, loving community.”

“I want everyone in our community to know … that we support our students, that we care for them, and we want to make sure that they feel the support and care that is genuine,” Feltner said, adding that President Andrew K. Benton and Provost Rick Marrs “both expressed their disappointment that they couldn’t join us.” 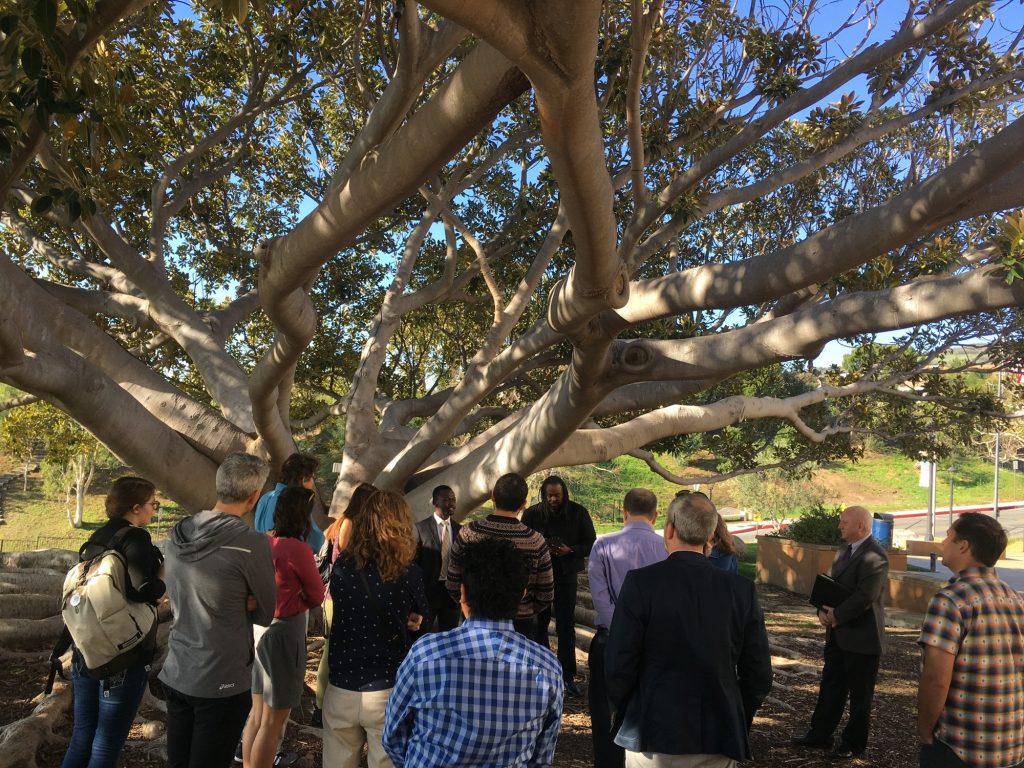 VP for Student Life and Dean of Student Affairs Mark Davis also attended the time for prayer and said this event serves to affirm the importance of every member of the community.

“I’m happy to see – over this past year especially – multiple gatherings like this, and that they’re being sponsored by a variety of groups: the Chaplain’s Office, the Dean’s Office, SGA and then spontaneous students just coming together for prayer and times to have open forums to talk about the things that if left unspoken could divide us,” Davis said. 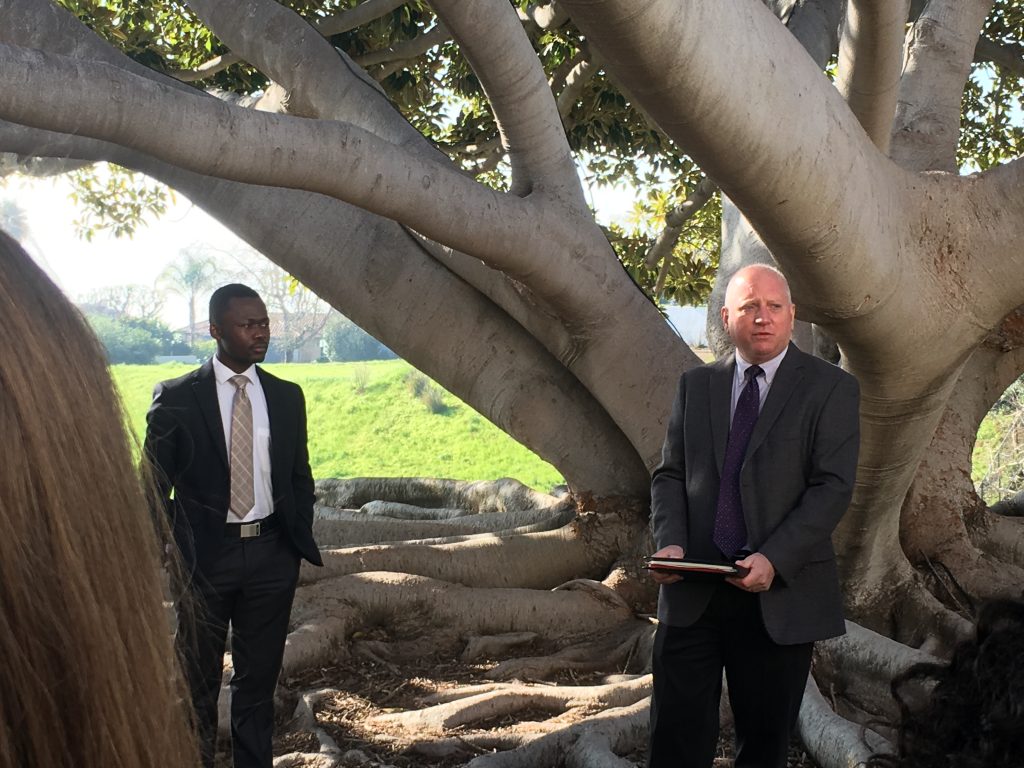 Following the morning prayer, a student-led event was hosted in Joslyn Plaza at 11 a.m. inviting students to stand in support of refugees and immigrants while offering an information station, posters for participants to sign and an opportunity for participants to write letters to refugees.

The event was organized by members of the No Lost Generation Pepperdine, a group that works to spread awareness and raise funds to alleviate the refugee crisis. The group, which began last fall, became an officially-recognized organization as of January.

Senior Amelia Dal Pra, founder and president of No Lost Generation and former Graphic writer, explained the purpose of the morning’s event.

“This event is, pretty much, an opportunity for students to come together to stand in solidarity with immigrants and refugees in wake of recent executive orders banning certain people from coming to the country, specifically immigrants from seven muslim-majority countries and refugees,” Dal Pra said. “We still want to uphold the basic human rights that every single person possesses and we want to provide a space of support for students who may be impacted by these bans.”

Those in attendance formed a circle around the water fountain and held hands as Dal Pra delivered a prayer.

After the prayer, Professor Jason Blakely read the poem “Refugee Blues” by WH Auden. Blakely said what moves him about the poem is that it tells the story of the refugee from the refugee’s perspective. “It really humanizes the search because I think it is really something that is in every human heart to try to seek this kind of security and this space for peace in which we can become more ourselves,” Blakely said.

Blakely said his Christian faith led him to join the gathering. “I’m a Christian, I’m Catholic and I think that part of the human condition is revealed in the refugee,” Blakely said. “I don’t think that the refugee is someone other than my experience. I think that that search for peace or for home is a universal search and I learn that from following Christ.”

Another personal connection that Blakely has to the refugee support movement comes from the fact that his mother emigrated to the United States from Colombia. “On a very personal level I know how difficult and how powerful it is to change homes and — she is an American citizen now — what it is like to look for a new home as an American. That’s a powerful dream and drive that a lot of people have,” Blakely said.

Senior Hannah Akiyama is a member of the No Lost Generation group. Akiyama said that she chose to join the movement because of her interest in unity. “I really feel passionate about not excluding people or being exclusive and I think that’s the beauty of America. We are all mixing together, hypothetically. We should be welcoming people and I don’t think [the ban] is right,” Akiyama said.

In closing, Dal Pra read a letter from a young Syrian refugee that she tutors. In the letter, the young man wrote of the difficulties that he faces as a refugee, with a family divided, and friends imprisoned or killed. He also wrote of his passion for chess and his desire to learn different languages.

Senior Johanna Högstedt, an international student from Sweden described her motivation in attending the event. “I feel very strongly because I feel like we are all part of the same human race. We are all the same and I don’t think we should exclude people because they are running from war,” Högstedt said.

Senior Jacqueline Mosher, a member of No Lost Generation, reflected on the outcome of the meeting.

“I think it went really well,” Mosher said. “I’m really that glad people came. It was organized very last-minute and in the wake of a lot of things that have been going on.”

She said she is happy with the turnout and that she is pleased with the growing popularity of human rights activism at Pepperdine.

It’s pretty powerful and not a popular thing that happens on Pepperdine’s campus,” Mosher said. “This whole movement toward becoming activists and speaking our minds and standing up for what we believe is true and right.”

No Lost Generation member Molly Pasquarella, a junior, said there are several ways for students to get involved with the group if they are interested, including working in coalition with the U.S. State Department to promote education and awareness, raising money to support organizations like World Vision, and volunteering for refugee resettlement agencies.

Madeleine Carr and Cassandra Stephenson contributed to the reporting of this article.